See The Faces Of Nigerian Politicians Who Once Fainted During Probing.

By fasthint (self media writer) | 2 years ago

When it comes to transparency and accountability, count Nigerian Politicians out, they are so corrupt to the extent that they do not even value the electorate that elected them to power.

Another drama happened today in the National assembly when the NDDC boss was asked how he spent #81billion.

Apparently, he has nothing to answer, in order to save his face, he fainted and was rushed to the clinic.

We hereby present to you four politicians that have fainted during Interrogation.

1. Senator Dino Melaye ; he was the senator representing Kogi West Senatorial District in the National Assembly. While coming out of the house, Senator Melaye slumped to the floor and was later assisted onto his feet.

He was thereafter taken to the office of the Federal Special Anti-Robbery Squad (FSARS) in Guzape, the nation’s capital. 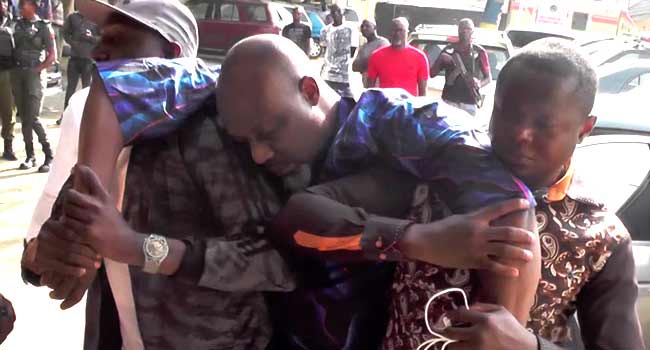 Metuh who is defending a seven-count charge the Economic and Financial Crimes Commission, EFCC, preferred against him and his firm, Destra Investment Limited, fell down shortly after his case was called-up for hearing and remained motionless on the floor. 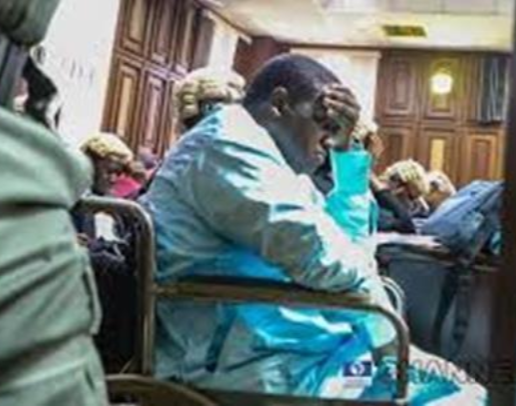 Maina began bleeding shortly after the court resumed his trial. The accused, who was sitting with families and officers of the Nigerian Correctional Services, was assisted up by two of the officers to be taken to the dock by his counsel, Francis Oronsaye 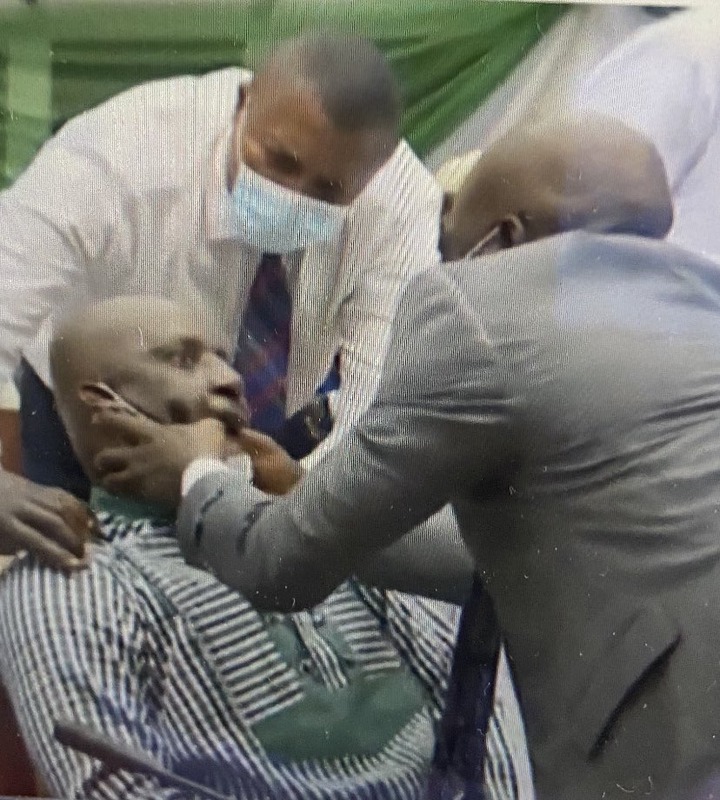 Mr Daniel Pondei leaves the panel after feeling unwell and could not continue his defence.

What can you say about this, kindly tell us in the comments section.