Ebonyians Are Called To Help Gov. Umahi To Keep The System Busy

By Preshyblog (self meida writer) | 11 days 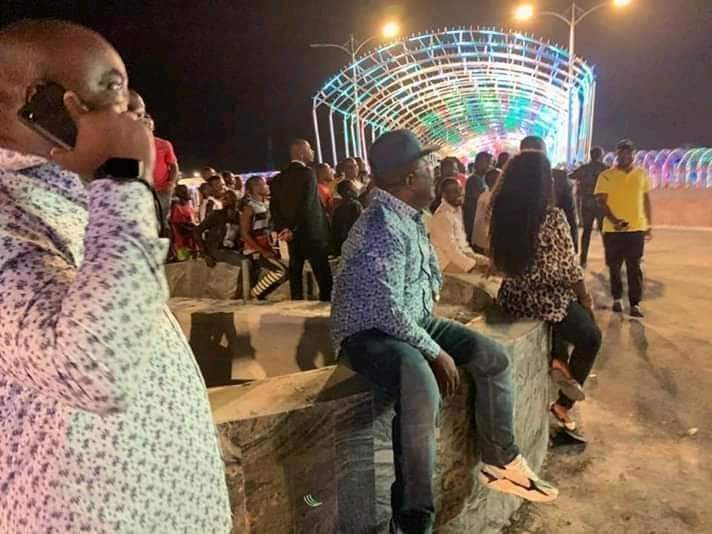 It’s now understanble why vast majority of Ebonyians nicknamed Governor Umahi workaholic Governor. He keeps the system busy. Some of us who are computer geek can attest to the fact that when a hard drive of a computer becomes busy, the computer remains on, but dysfunctional. All that is done in the system becomes redundant until it's forced to shutdown. In many cases , the computer operator can manipulate the computer to become busy so that a client will have no reason to complain that the operator is not working.

That’s how the workaholic Governor keeps the system busy since he assumed the headship of Ebonyi state. Political scientists are expected to research this busy system of governance and perhaps make it a political science course for research and learning.

I'm not a political scientist, but I have done a research on the busy system. The hypothesis tested during the research points to rule number 6 of Alinsky laws, which says - A good tactics is the one your people enjoy. They keep doing it without urging and come back to do more.

Agricultural loan was announced for Ebonyians. The system became busy. When the system became over busy, the chief executive stymied the process and called for formation of corporative societies as a criteria to get the loan, the system became busy again like never before. It was again stymied. People were ready to come to do more of the usual jamboree. They were asked to open an account with a particular bank, the system was busy as usual. Because the tactics is working effectively, helpless Ebonyians were asked to abandon the already opened accounts and do same in another commercial bank. The bank became overwhelmed with the number of customers in the queue waiting to have their account credited. In the end it’s was all about keeping the system busy. Even the bank seems accomplice in the process as it denied Ebonyians that opened accounts with it, access and details of the accounts till date.

A busy system was sparked again when the local govt financial autonomy was announced. It was only in Ebonyi state that people were paid to protest against the abrogation of the joint account. The unholy protest was all about keeping the system busy.

In continuation of the busy system, shortly after the election, the busy system was provoked once more. If you didn’t win your polling unit, you were to visit the party Secretariat for explanation. In the end, it was all about a busy system likened to a busy computer hard drive. Recall that a commissioner nominee from Ohozara land crashed in his polling unit, His renomination proves that Alinsky laws number 6 is working in Ebonyi.

The system became less busy, but was animated again in a larger scale for another elaborate hoax. This time, apply to get appointment, first of it’s kind in the federal republic of Nigeria. Thousands of applications were received. To prove that Alisinky laws were the fulcrum of the workaholic Governor, his blood brothers were appointed the screening committee in the jamboree that took place across state nicknamed screening. In the end, it remained an unproductive busy system as usual.

A politician once said “politicians will always make a news, whether negative or positive” The workaholic governor will sustain the pressure to keep the system busy , because we are not in a saner clime and manipulating us has become easier with keeping the system busy. Be a part of the busy system, because the governor will never go outside the expertise of the people of the state, who are always ready to be used and dumped.

Content created and supplied by: Preshyblog (via Opera News )