Why Defection Of Ganduje’s chief of staff, Reps Member From APC May Shake APC Structure In Kano

By Kufreboy (self media writer) | 10 days ago

It is no longer news that the chief of staff to Governor Ganduje of Kano State, Alii Makoda and two members of the Nigerian House of Representatives members, Tijjani Jobe and Badamasi Ayuba, have defected from the All progressive Congress to the New Nigeria peoples party ahead of the 2023 general election. 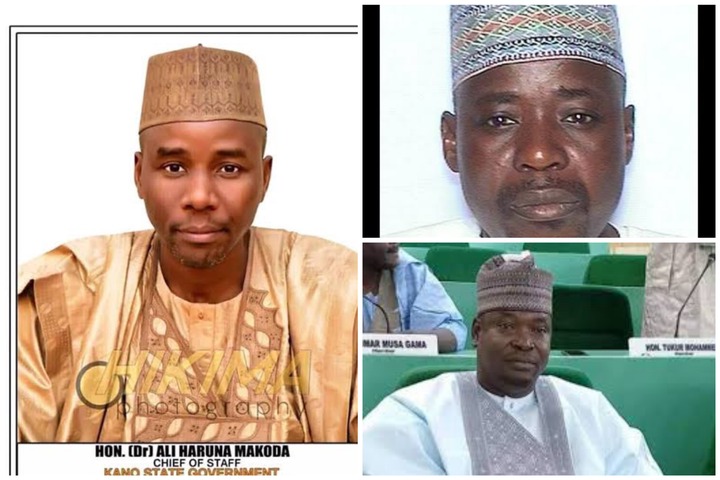 Recall that the All progressive Congress in Kano state has been having a political tussle between Governor Ganduje and former governor Shekarau, because of the issue of who control the APC structure in Kano state which led to the party having two faction in the state. In regard to this, According to the report from Premium Time newspaper, It revealed that Top APC bigwigs in Kano, including the governor’s chief of staff, Alii Makoda and two House of Representatives members, Tijjani Jobe and Badamasi Ayuba, had defected from the APC to the NNPP.

However, The are indication that the Defection of, Ganduje’s chief of staff, and two APC House of Representatives Member From APC May Shake APC Structure In Kano ahead of the 2023 General Elections, Based on the fact that Ganduje’s chief of staff, Alii Makoda and two members of the Nigerian House of Representatives members, Tijjani Jobe and Badamasi Ayuba, who are Influential APC member in Kano state had defected with thousands of his loyalists and supporters to the NNPP in order to ensure that the work against the interest of the APC in Kano state