By Prechdaklins (self meida writer) | 20 days 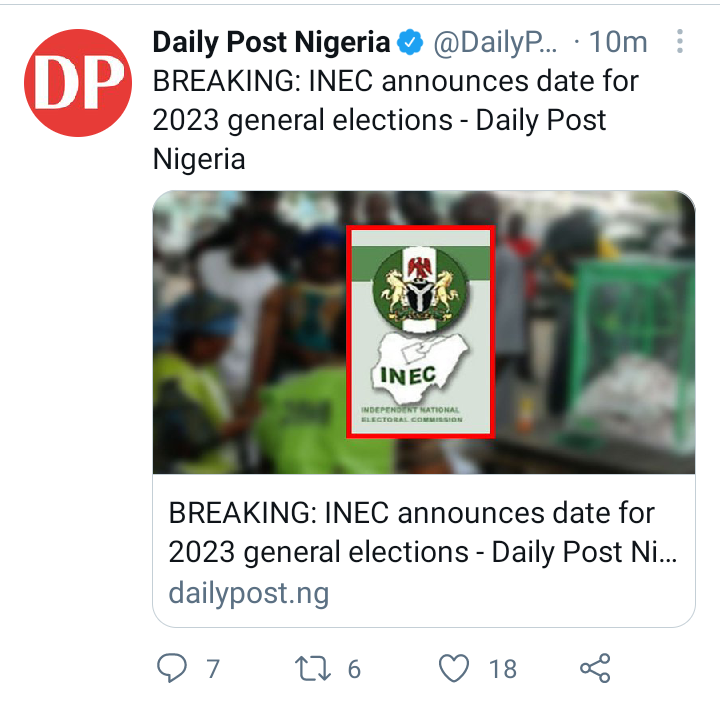 The Independent National Electoral Commission on Wednesday announced the date for the forthcoming 2023 general election.

According to a statement released by the chairman of the Commission, professor Mahmood Yakubu, the general election is scheduled to take place on Saturday February 18, about 660 days from today.

The chairman of the Commission noted that the complete timetable would be out before the end of the year.

"No Nigerian Would Want APC Back"- Wike. 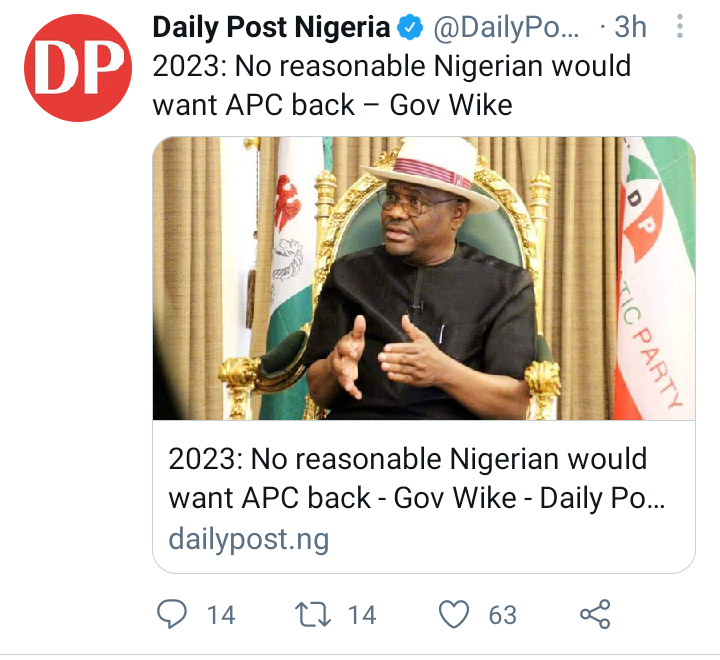 The Rivers state governor, Nyesom Wike has recently revealed that no reasonable Nigerian would want to vote for APC in the next general elections judging by the current Security challenges affecting the country at the moment and the inability of the government to provide a solution to the problems.

Wike who disclosed this through his verified twitter handle noted that the Nigerian Electoral Act needs to be amended to ensure a truly democratic election in the forthcoming polls.

Imo Monarchs Threaten To Rain Curse On Instigators Of Crisis. 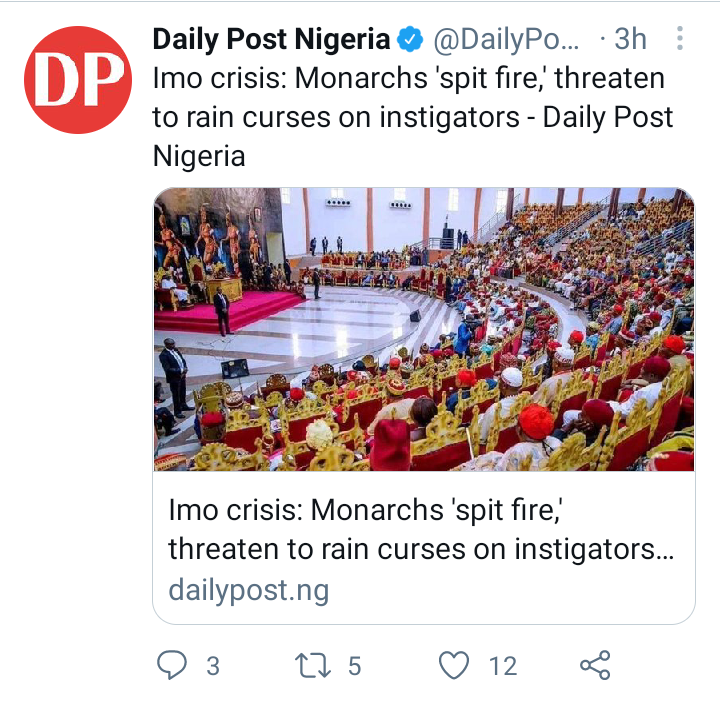 The Imo state council of traditional rulers led by his Royal Majesty, Eze E.C Okeke, Eze Udo II of Amaifeke in Orlu local government area of Imo state have threatened to lay curses on those instigating crisis in the region if they don't desist from their evil acts.

Eze Okeke who also happens to be the Imo state chairman of community policing in a communique signed by the traditional rulers noted that the recent destruction of lives and properties in the state is politically motivated.

According to them, some group of politicians in the state are taking advantage of some feeble minded youths to cause harvoc in the state. The traditional rulers however stated that if the attacks does not cease, they will be forced to lay curses on those responsible. 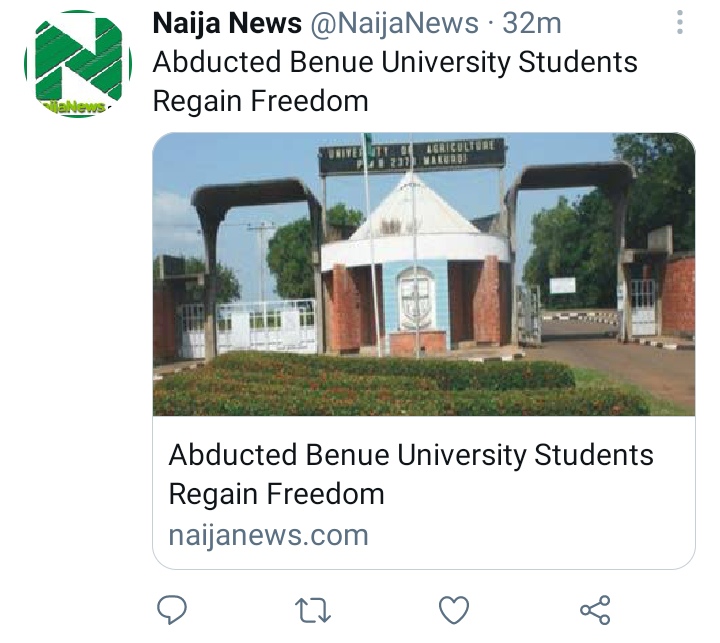 In recent report, abducted students of the federal University of Agriculture, Makurdi have finally regained their freedom.

Recall that on Monday, the management of the school revealed that some students were abducted while they were studying in a lecture theater at the college of engineering on campus.

While addressing the public on Wednesday, the Director of Information, Protocol and Public Relations of the university, Mrs Rosemary Waku revealed that the students have regained back their freedom.

She noted that two of the abducted students were released on Tuesday while the others escaped from their abductors earlier on. They are currently receiving medical attention.

What do you have to say about this, do you share the same idea with Wike?

What do you have to say about the threat by Imo Monarchs? 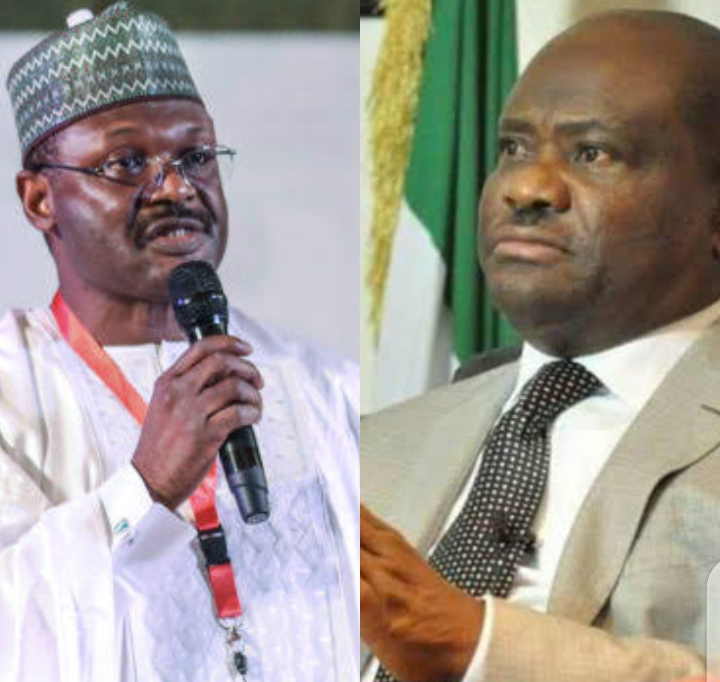 Lovely Photos Of Nollywood Twin Actresses, The Mmekas With Ken Eric, Nonso Diobi, Others On Set

Ifeanyi Okowa, the governor of Delta State, has fired his entire cabinet.

Gov. Okowa sacks 25 commissioners, his Chief of Staff and other cabinet members