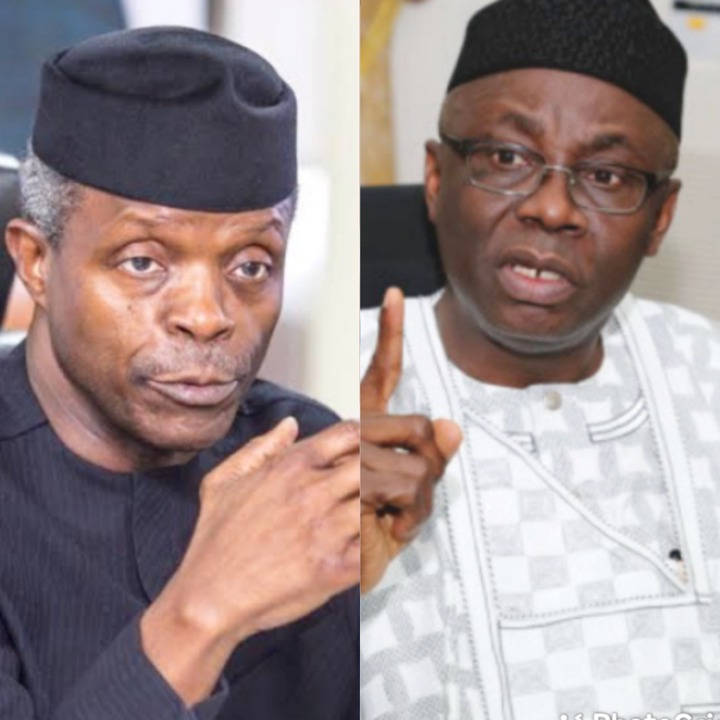 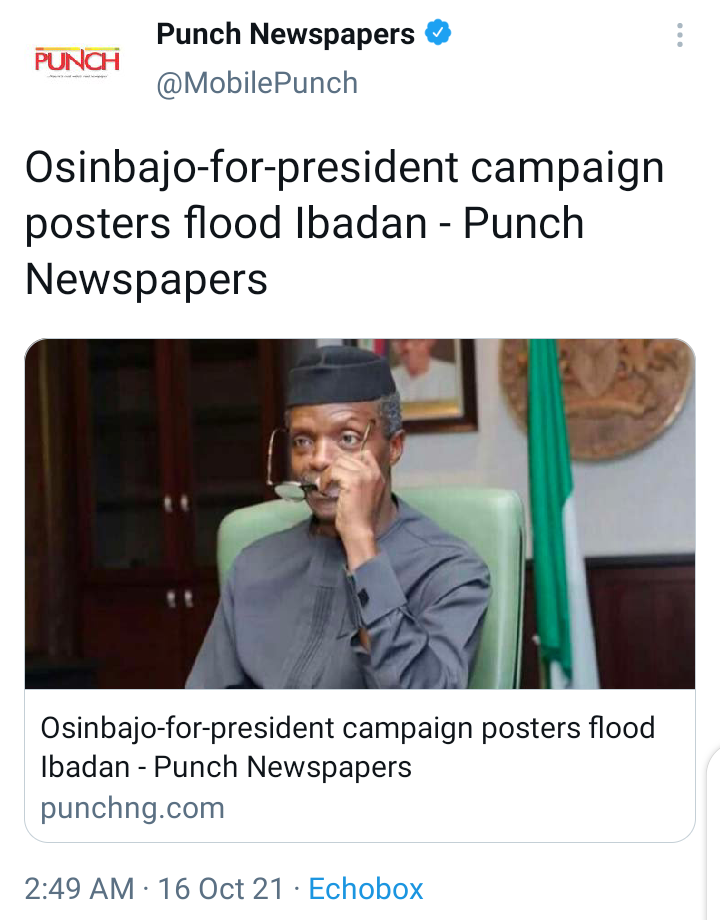 Campaign posters of Vice President Yemi Osinbajo have surfaced at some strategic areas of Ibadan, the Oyo State capital.

The posters, which bear the portrait of the Vice President, have ‘Osinbajo for All 2023’ boldly written on them.

Our correspondent observed that the posters were pasted at Dugbe, Mokola and University of Ibadan/Bodija Junction and Iwo Road, among other areas in the ancient metropolis.

The VP is being tipped to succeed the President, Major General Muhammadu Buhari (retd.), who is billed to leave office in 2023. But Osinbajo has not publicly declared any intention to join the presidential race.

A group, Osinbajo For All Volunteer Group, had some months ago, in a statement, said they were sensitising Nigerians to the suitability of the VP for the President position because of his qualities and experience.

When contacted on Friday, the National Coordinator of the group, Peter Ogundeji, said the group was behind the posters in Ibadan.

He said Osinbajo did not ask the group to campaign for him but its members were rooting for his possible emergence as Buhari’s successor. 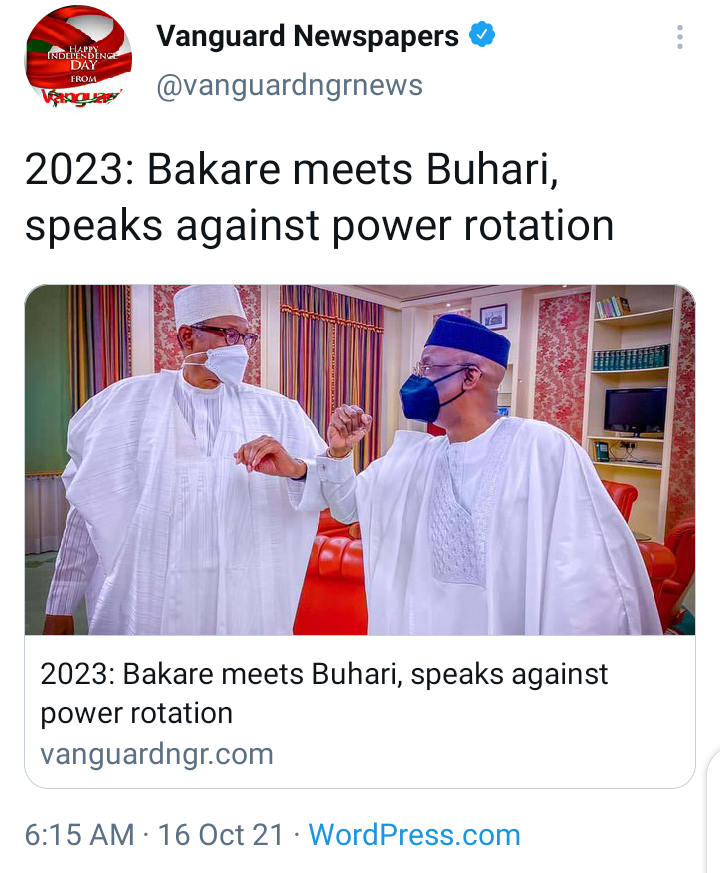 AHEAD of the 2023 Presidential election, the General Overseer of the Citadel Global Community Church, (CGCC), formerly Latter Rain Assembly, Pastor Tunde Bakare has said that he would contest for the 2023 presidential elections if God gave him the go-ahead.

Pastor Bakare, who met behind closed doors with President Muhammadu Buhari yesterday at the Presidential Villa, Abuja, took a swipe at those clamoring for rotational presidency, describing it as political immaturity.

Speaking with State House correspondents after meeting with the president, Pastor Bakare said that the region where the president of the country came from had never been better than other regions. The fiery cleric, who was the running mate to President Buhari in the 2011 presidential election on the platform of Congress for Progressive Change, CPC, also commended the Senate for approving electronic transmission of election results.

Although he refused to disclose the agenda of his meeting with the president, he said, “It’s a private visit to President Muhammadu Buhari, and I’ve dispensed what’s in my heart.” 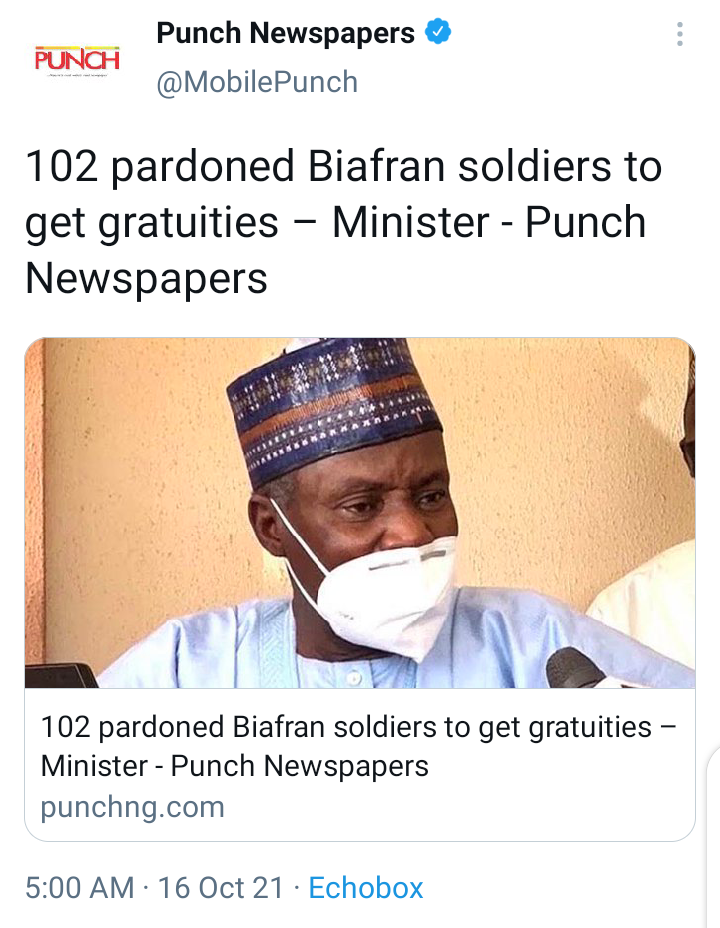 The Minister of Defence, Major General Bashir Magashi (retd.), has said a total of 102 ex-Biafran soldiers granted presidential pardon have been captured for payment of gratuity and other emolument by the Military Pensions Board.

Magashi spoke at the ministerial briefing to inaugurate the 2022 Armed Forces Remembrance Day celebration in Abuja on Friday.

He stated, “It will interest you to know that the Military Pensions Board just concluded the documentation of ex-Biafran service personnel totalling 102 who were pardoned by Mr President.”

“The war ended 51 years ago and many of those involved are no longer alive but those with genuine complaints can come forward with their claims for consideration.”