Today’s Headlines:Insecurity:Buhari Has Done More Than Expected-Presidency, Another Monarch In Oyo Dies 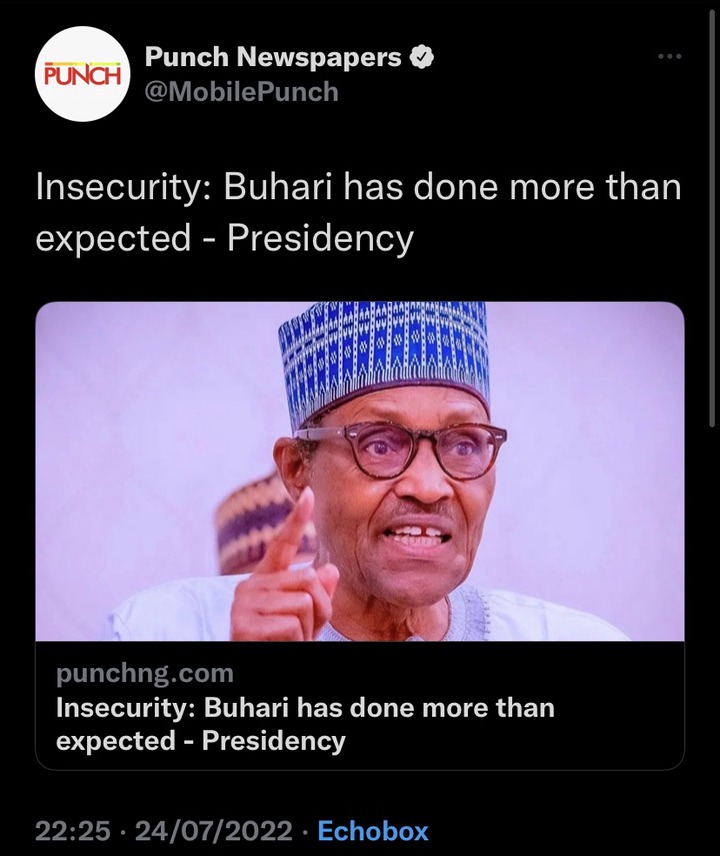 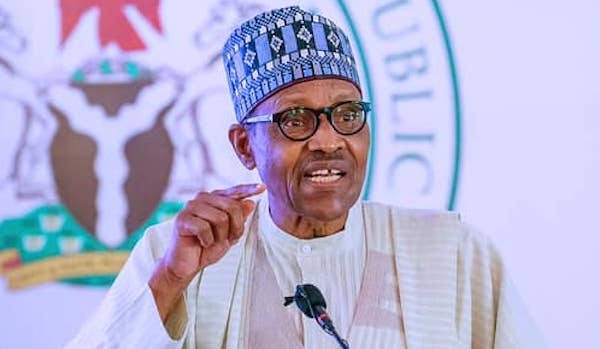 The Presidency said on Sunday that the President, Major General Muhammadu (retd.), had gone above and beyond his duties as Commander-in-Chief to protect Nigerians.

This was in line with its promise that it would not be forced to support terrorist propaganda since the military was fully aware of its obligations.

Another Monarch Dies In Oyo 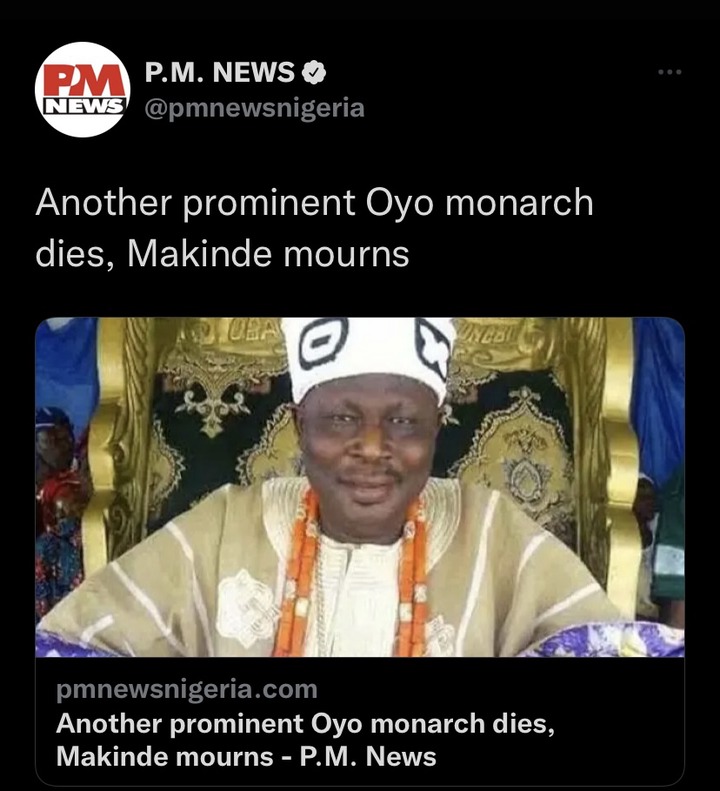 Following the passing of its traditional ruler, Oba Abdulganiyu Salawudeen, the historic town of Iseyin in Oyo State was plunged into mourning on Sunday.

Oba Jimoh Oyewumi, Soun of Ogbomoso, Oba Saliu Adetunji, Olubadan of Ibadan, Oba Lamidi Adeyemi, the Alaafin of Oyo, and the Asigangan of Igangan all passed several months before the Aseyin. 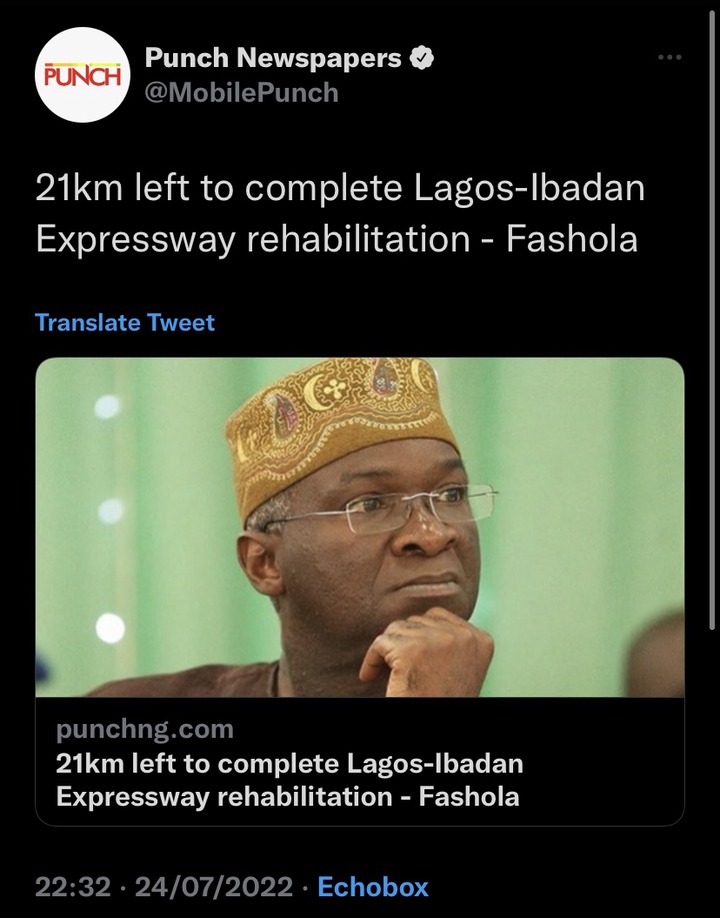 Babatunde Fashola, the Minister of Works and Housing, announced late Sunday that the repair of the 127-kilometer Lagos-Ibadan Expressway was almost finished, with only 21 kilometers remaining.

The minister stated that it was anticipated that the road project will be finished by December 2022, just in time for Christmas, on Channels Television's "Sunday Politics." 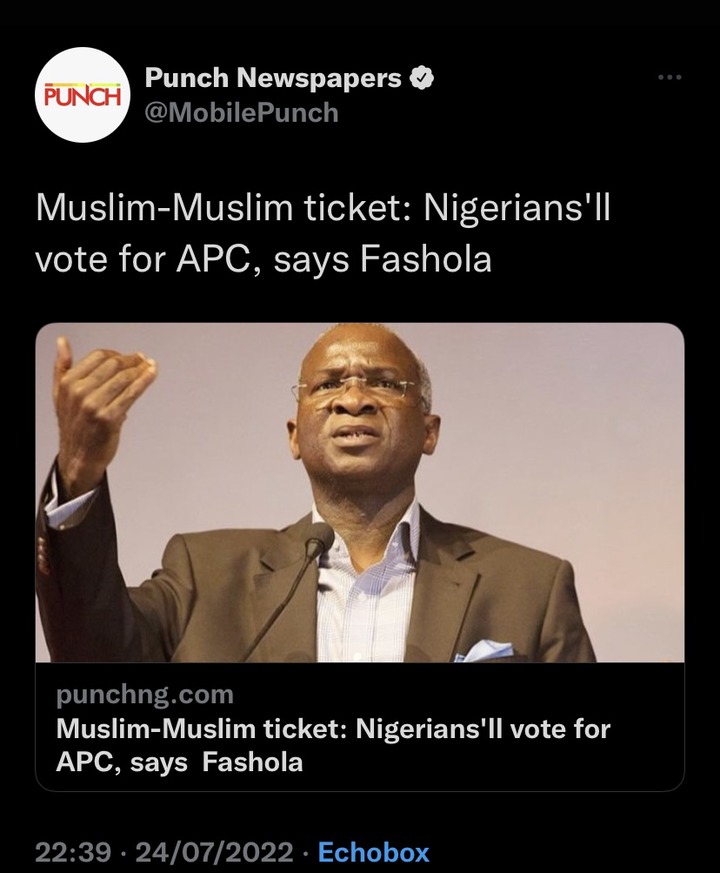 The All Progressives Congress has a higher chance of winning the 2023 election, according to Minister of Works and Housing Babatunde Fashola, notwithstanding the controversies surrounding the Muslim-Muslim ticket.

The clarification was given by the former governor of Lagos State on Sunday during a Channels TV interview.

He said that despite their religious and ethnic differences, Nigerians face issues that cut beyond boundaries, and he emphasized the importance of having knowledgeable leaders in charge of the nation's affairs.