Former presidential candidate, politician and businessman Adamu Garba recently took to his official Facebook handle to react to the news regarding the arrest of Hafsat Ganduje, the wife of Governor Abdullahi Ganduje of Kano state by the Economic and Financial Crime Commission(EFCC) after she was reported by her own son Abdulazeez, who made corruption allegations against her. 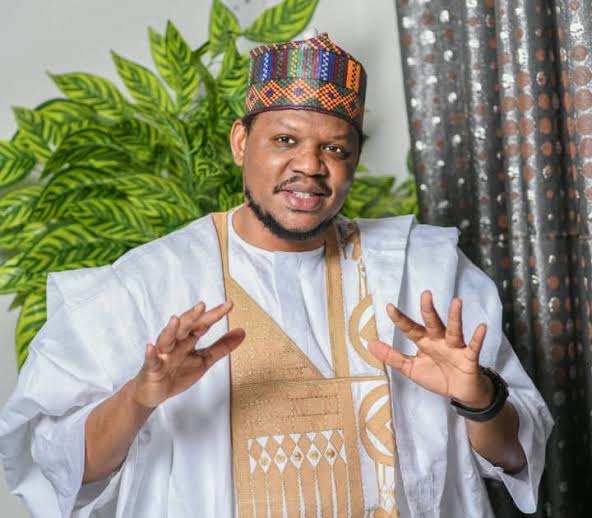 Hafsat Ganduje and her son Abdulazeez: 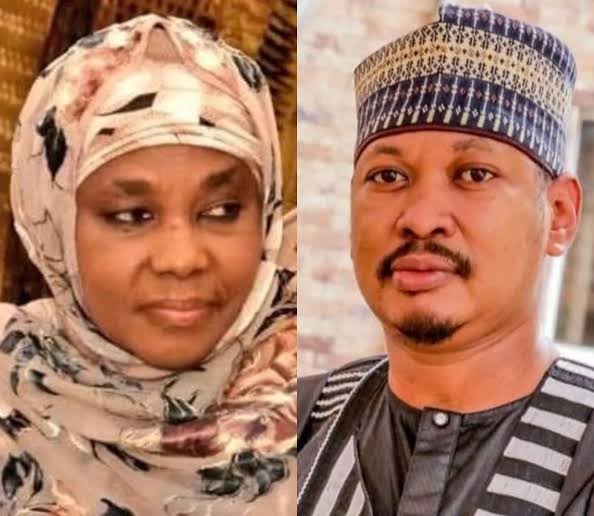 Prior to Hafsat Ganduje’s arrest by the EFCC, Adamu Garba had already reacted to allegations of corruption made against her by her own son. These allegations as reported by Premium Times, included bribery and land fraud case involving the sum of 35 million naira. Adamu Garba was shocked at this news and wondered why a son would report his mother. 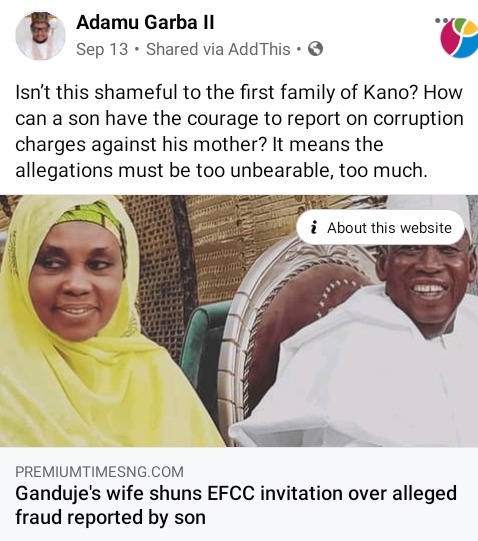 However, despite denying the allegations and evading interview invitations from the EFCC, Hafsat Ganduje, wife of Kano State Governor, Abdullahi Ganduje was apprehended and arrested by the anti-fraud agency over an alleged involvement in a land fraud scandal.

Sources said she tried evading arrest under the guise of travelling to the United Kingdom to attend the graduation ceremony of her son. 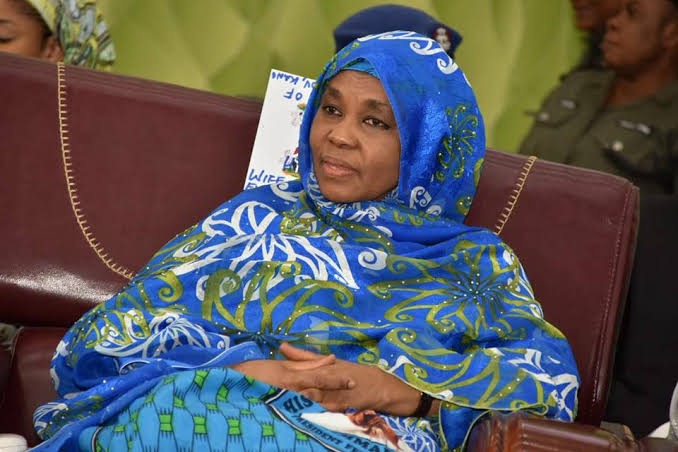 Reacting again to this news development, Adamu Garba yet again couldn't wrap his head around arrest of the wife of Kano State Governor after her own son reported her to the EFCC.

Read what Adamu Garba said below.

“Somehow, I cannot imagine the feeling of Ganduje’s eldest son, that his mum is arrested by EFCC on his petition against her, over money issues. His mother fa! Kuma akan kudi. Would he see this as a win?”. Adamu Garba said. 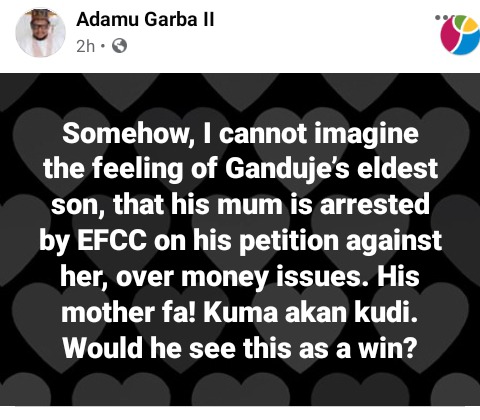 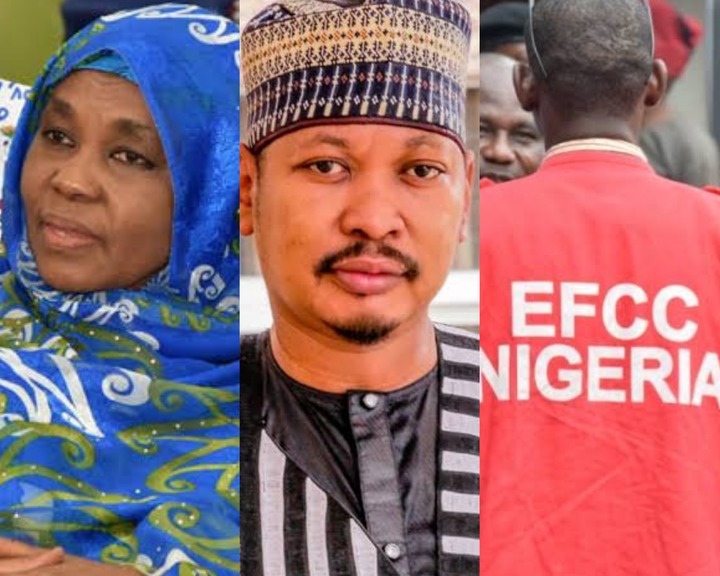 Presently, investigators are interrogating Mrs Ganduje over allegations relating to land fraud in a petition by her son, Abdualzeez Ganduje.