5 people die in a Road Accident 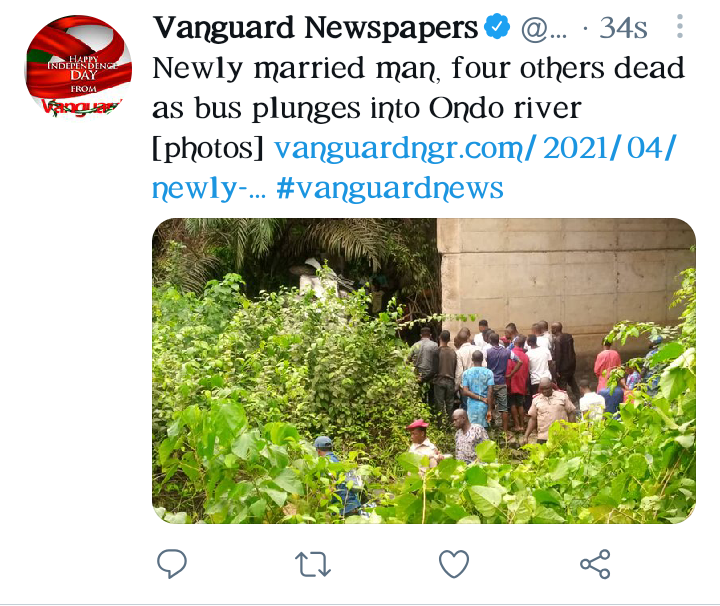 The 18-seater bus marked Lagos AAA 859 XC in which they were travelling in from Lagos plunged into the Owena river, killing them instantly.

The spot of the crash is about ten kilometers to Akure, the state capital which was their destination before the crash. 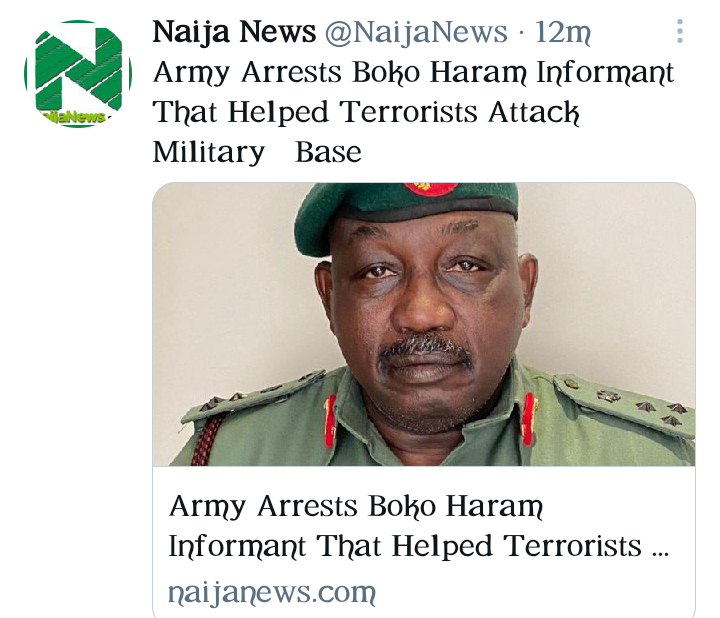 The Nigerian Army has confirmed the arrest of a Boko Haram informant that gave out information to terrorists which assisted them in attacking a military base in Yobe State.

The spokesperson of the Army, Brigadier General Mohammed Yerima in a statement made available to Naija News on Sunday gave the name of the informant as Modu Ari.

The statement added that Ari was arrested by troops of 27 Task Force Brigade attached to Operation Lafiya Dole. 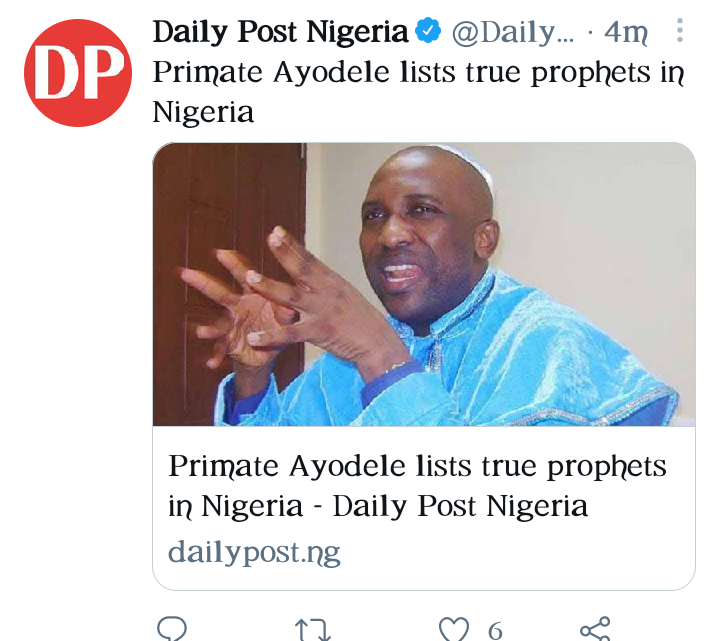 The leader of INRI Evangelical spiritual church, Primate Elijah Ayodele has identified some Christian clerics, who according to him, are real prophets in Nigeria.

He made the claim while addressing members of his church on Sunday on the true meaning of prophecy and why they are important.

We have many prophets that when they speak, it comes to pass, Joshua Iginla is a prophet, Primate Olabayo is a Prophet, Apostle Suleman, Omotosho Tope Joseph, Ositelu, these are prophets of note that I can remember, they speak the heart of the Lord to the people, they are true prophets of God,” he said 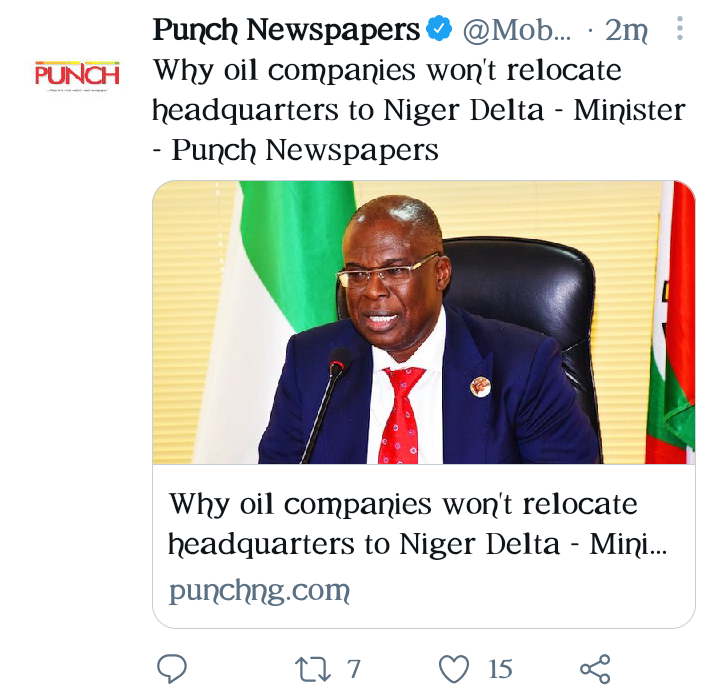 The Federal Government has told South-South states that multinational oil companies would not relocate their Headquarters to the Niger Delta because peace cannot be guaranteed.

The government said if the place remained insecure, investment would continue to be elusive as no oil company would agree to go there.

The Minister of State for Petroleum Resources, Timipre Sylva, stated this in his speech obtained by journalists on Sunday in Abuja delivered after his induction as patron and conferment of the peace ambassadors award on him by the Niger Delta Non-Violence Agitators Forum. 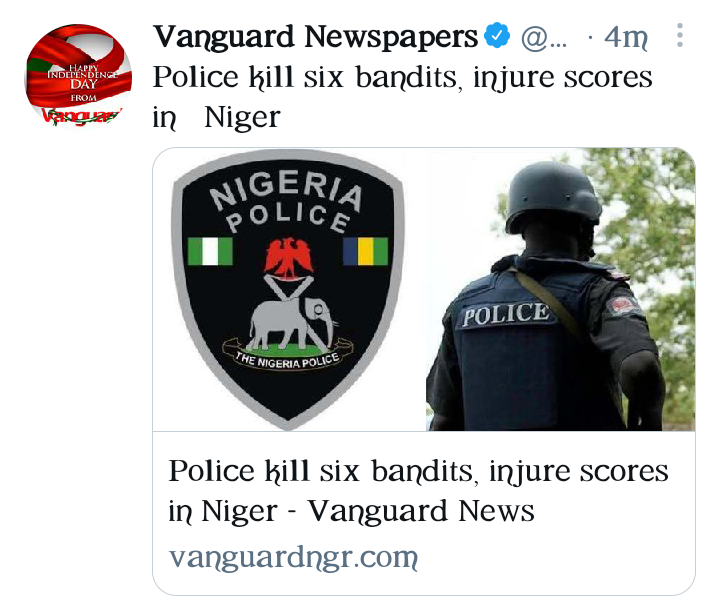 Minna-Niger state Police Command had made headway by killing six bandits who had been terrorising various Communities in the Shiroro Local government area of Niger state.

Besides those killed, many of the bandits sustained several degrees of gunshots but escaped with the wounds.

The incident occurred in Garkogo town in Shiroro Local government area of Niger state on Saturday during an invasion of the Community by bandits. 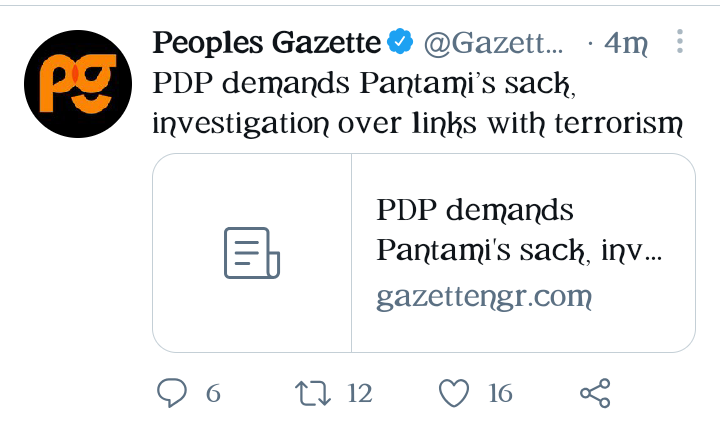 The Peoples Democratic Party (PDP) charges the Department of State Services (DSS) to immediately invite the Minister of Communications and Digital Economy, Isa Pantami, for questioning over alleged affiliations with the Taliban and Al-Qaeda.

The party also demands that President Muhammadu Buhari should immediately sack the minister, given the sensitivity of the issue at stake. 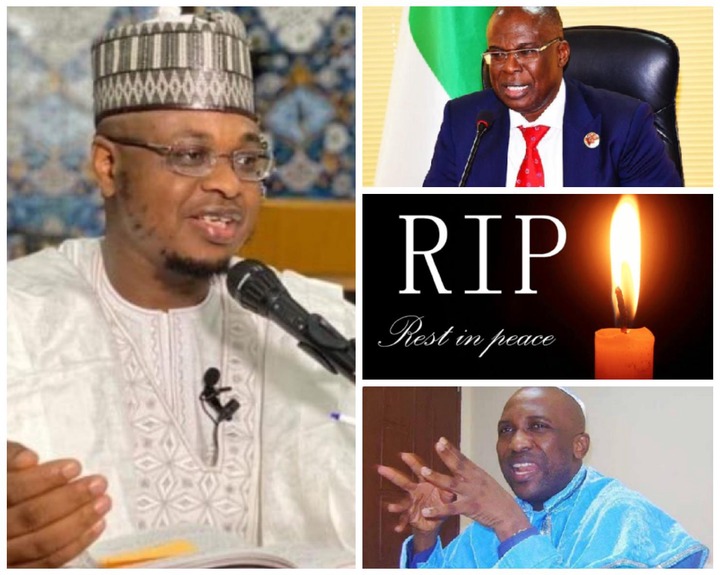 English Premier League Table Ahead Of Matchday 35 Fixtures On Saturday

10 million Okada/tricycle riders in the North have asked me to run for 2023 presidency, says Moghalu