Oshiomole Blows hot on Godwin Obaseki, Says I'm not leaving Edo State until after the Election

By EndyMona (self media writer) | 1 year ago 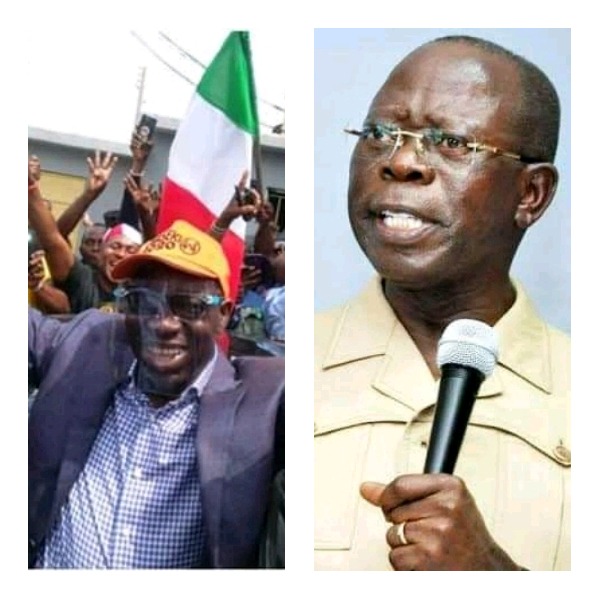 Yesterday, Saturday 18th July 2020. Witnessed a historical turnout of people who troop out enmass to receive the former Governor of Edo State, Comrade Adams Oshiomole who was relieved of his appointment as the National Chairman of the All Progressive Congress a couple of weeks ago.

The former Governor who hasn't been to the State for sometimes now made a historical return yesterday via the Benin international airport. Oshiomole who expressed shock on the level of reception he received, yesterday assure the Party faithfuls of victory as they submit towards the polls

Oshiomole while addressing his supporters yesterday in Benin was quoted as saying, "Godwin Obaseki's only mission is the government House, and he joined PDP Because he Lost the APC ticket to Pastor Ize-Iyamu." Nothing more. I am a core member of the Party despite losing my chairmanship position, that's the discipline we have, we don't decamp to evil because we feel we need to prove a point.

The former chairman of the All Progressive Congress while addressing his supporters said, I am now in Edo state to ensure we reclaim the house, I am not leaving here until the election is done and dusted.

Recall that, Godwin Obaseki, the current Governor of Edo state and Adams Oshiomole, the former Governor of the the State hasn't been in talking terms for months before the last APC gubernatorial screening that led to the disqualification of Godwin Obaseki who earlier post purchased the APC nomination form.

This is no doubt a great concern for Godwin Obaseki who is now contesting the governorship slot under the platform of the people's Democratic Party, having lost the chance in APC, and his followers as Oshiomole disclosed his decision to remain in Edo until after the election.