Easter Is The Cornerstone Of The Christian Faith, Symbolizes Peace - Jonathan 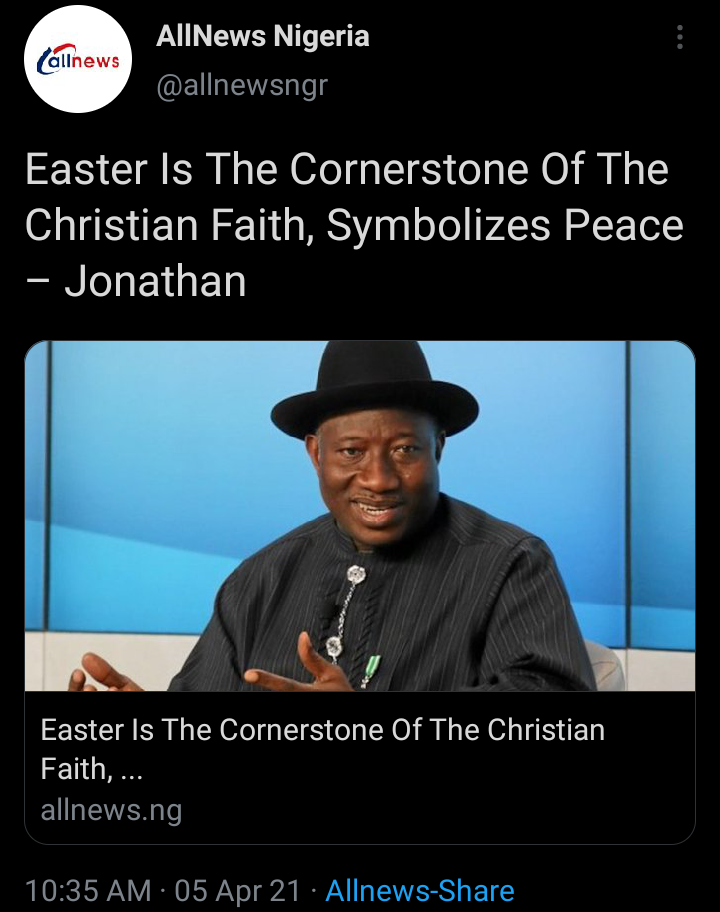 Former President Goodluck Jonathan has called on Nigerians to work in unity and peace, adding that the country needs that to overcome its present challenges.

Jonathan, who is also a former Governor of Bayelsa State, stated this on Sunday in his Easter message as shared on his verified Twitter page.

Pope Dedicates Easter Monday Prayer To The Elderly And Sick 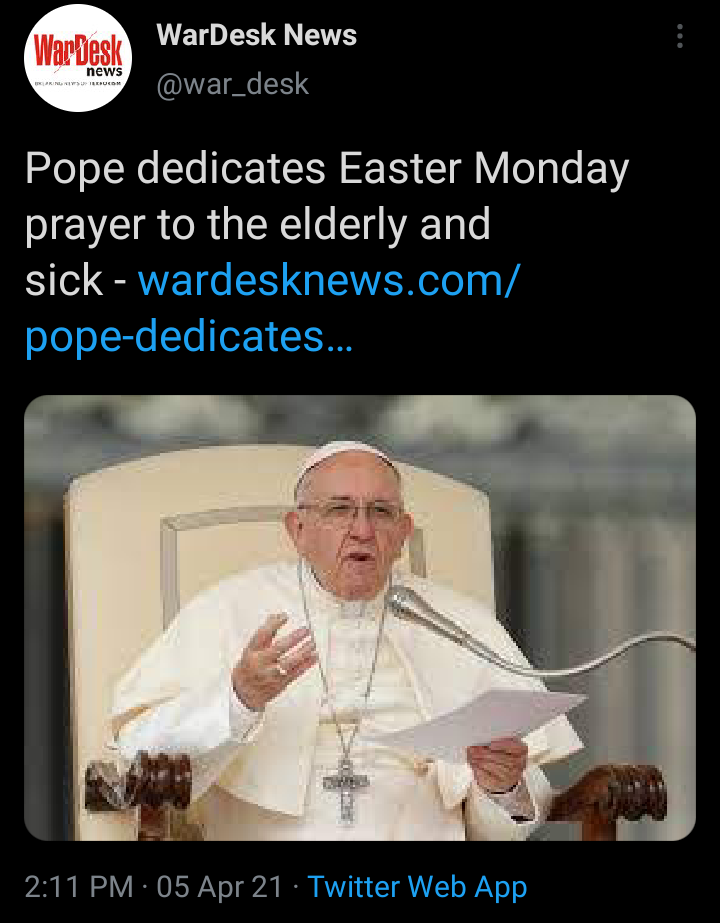 Pope Francis dedicated his noon-day public prayer on Easter Monday to the elderly and sick, as well as residents of nursing homes, saying he hoped his words gave them encouragement and hope.

The prayer known as the Regina Caeli (Queen of Heaven) was delivered from the Vatican and viewable for streaming.

It officially ended the Easter celebration in the Catholic Church.

The commemoration of Mary as Queen of Heaven and Mother of God replaces the Angelus (Angel) prayer, which is more common at other times.

This year was the second time after 2020 that the head of the Church had to celebrate the festivities to mark the resurrection of Jesus Christ in the Vatican under strict corona virus restrictions. 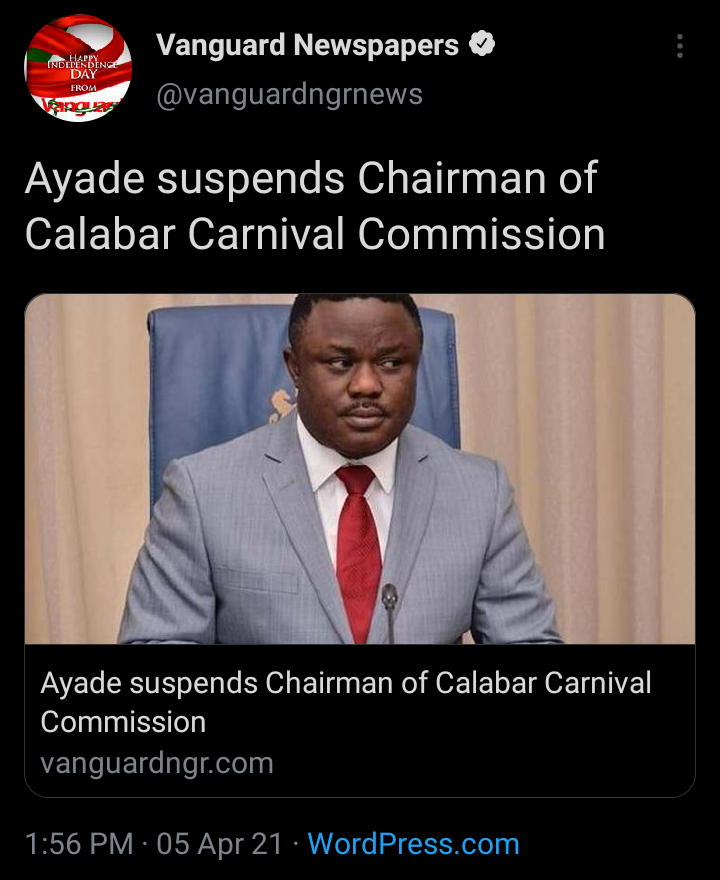 Onah’s suspension is contained in a release signed on Monday in Calabar by the Special Adviser to the Governor on Media and Publicity, Mr Christian Ita.

The governor said that the suspension was with immediate effect.

He however did not state the reason for the suspension of the commission’s chairman. 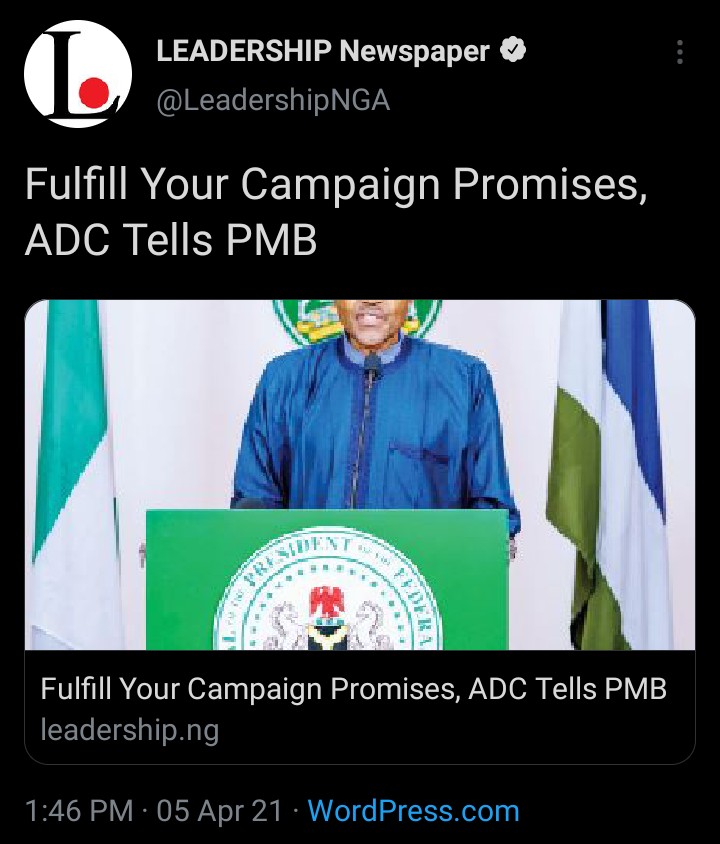 The African Democratic Congress, (ADC) has charged President Muhammadu Buhari (PMB) and the All Progressive Congress (APC) to fulfill their 2015 campaign promise to Nigerians.

The party stated this at its first-quarter accountability report tagged ‘Leading by vision, strategy and transparency’ presented by the director of communications and programmes, Barrister Ifenla Oligbinde at its headquarters, in Abuja.

It also disclosed that its National Youth Council was up and running to make sure that 35 per cent of youths get elected to lead in the political space. 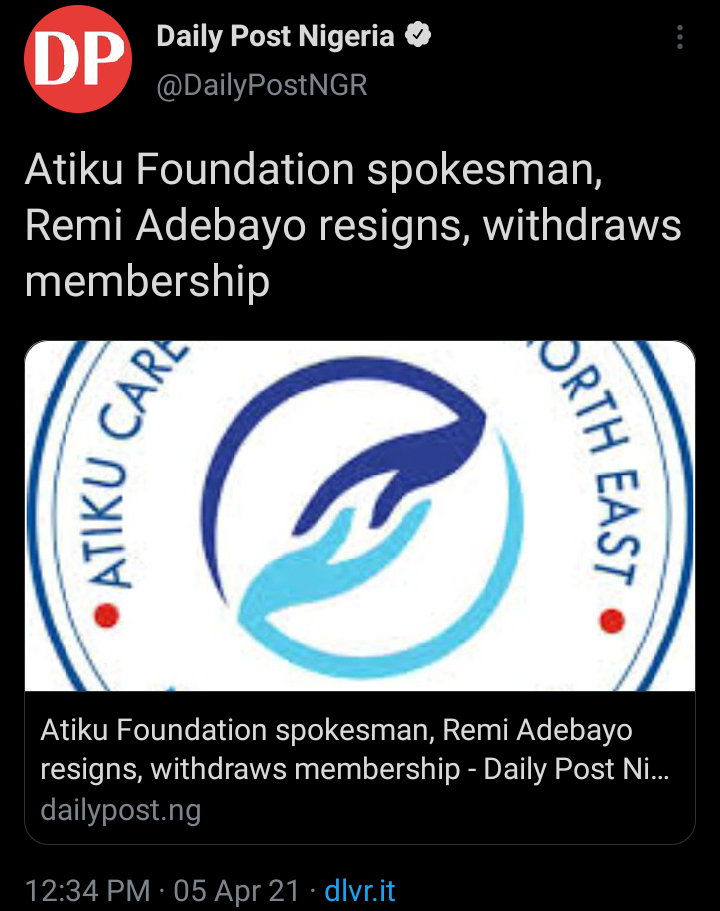 Remi Adebayo has announced his resignation and membership withdrawal from the Atiku Care Foundation.

Adebayo, in a resignation letter to Aliyu Bin Abbas, Director-General of ACF on Monday, formally declared his withdrawal of services and membership of the Atiku Care Foundation effective from the 5th of April, 2021.

He also revealed that his redeployment as National Director of Welfare cannot work, adding that he has no previous learning or experience as a caregiver. 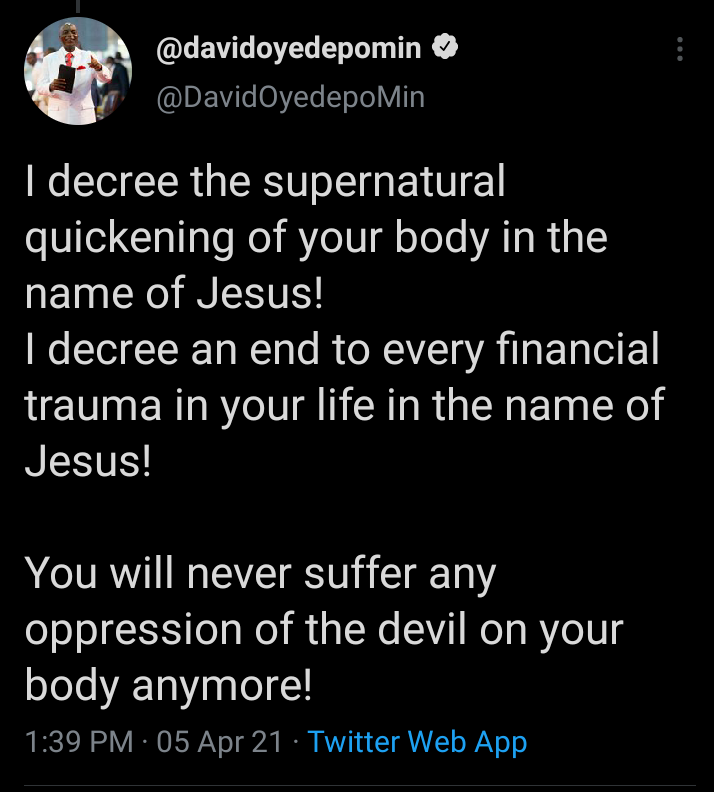 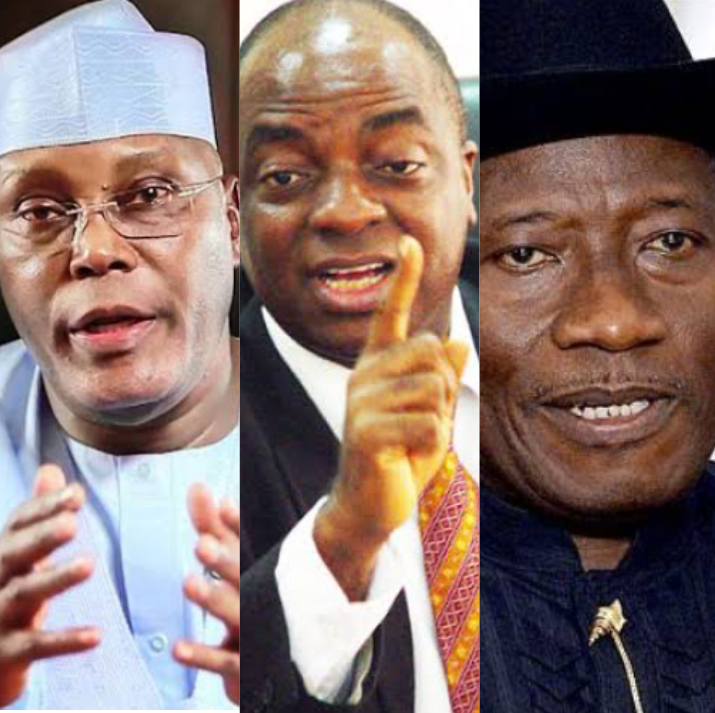 Story Of The Greatest Transfer Controversy In Spanish Football History