2023 Presidency: Power Will Remain In The North Except Something Is Done - Fasoranti

By Infoxplore9ja (self media writer) | 2 years ago

Pa Reuben Fasoranti, a leader of the Pan-Yoruba Socio-Political Organisation has said that the Northern part of Nigeria will produce the next president except something is done.

Pa Fasoranti noted that power may remain within the North if the settlement was not reached to zone the presidency to the south in advance of the 2023 presidential election. Pa Reuben Fasoranti said this in an interview. 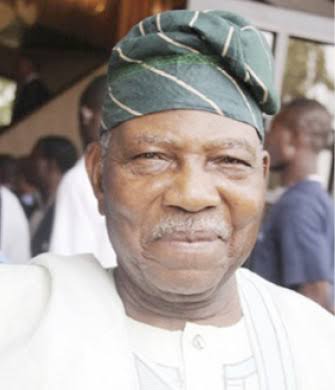 Fasoranti further revealed that he was informed by the "powers-that-be" that no investigation would be carried out on the murder of his late daughter, Mrs. Funke Olakunri.

When asked if he believes in the zoning of the presidency to a specific region, he said that the "rotational method is better because if you want to follow one pattern, rigging will take place and the "powers-that-be" will go on to rule.

In conclusion, Pa Fasoranti said, "As we have seen now, power will remain within the North except something is done. They will rig. They will use the money to manipulate voters. It is either we have a concord to rotate, or something happens," he concluded.

Pa Reuben Fasoranti is a leader of the pan-Yoruba socio-political organization known as Afenifere.

What's Your Opinion? Say It Below And Also Share.

Content created and supplied by: Infoxplore9ja (via Opera News )