By Specialty (self media writer) | 1 year ago 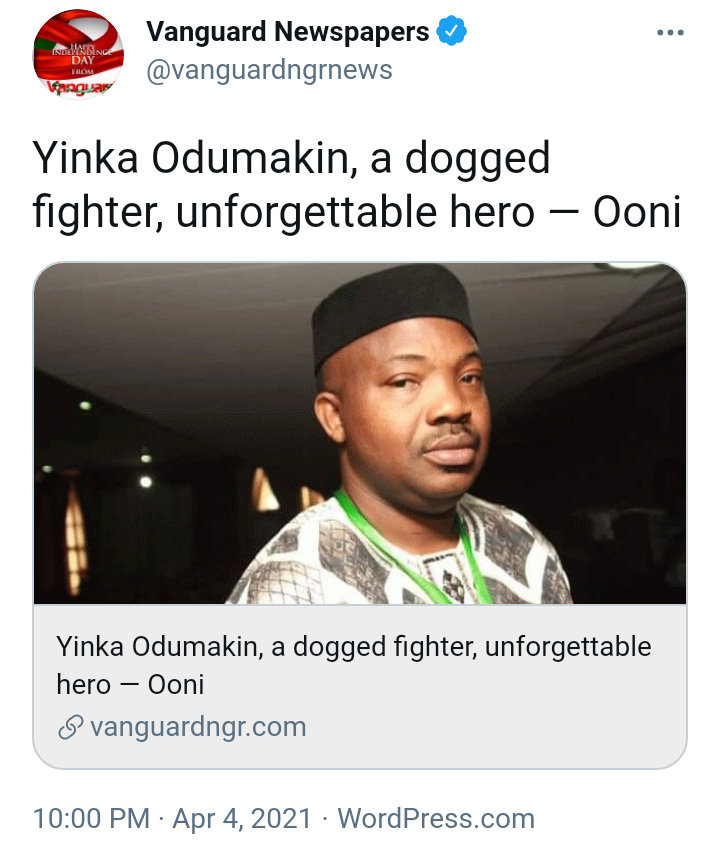 The Arole Oduduwa and Ooni of Ife, Ooni Adeyeye Enitan Ogunwusi Ojaja II has described late Chief Yinka Odumakin, who until his death was the spokesman of the Yoruba socio-cultural group, Afenifere, as an unforgettable patriotic descendant of Oduduwa and a positive factor in Nigeria’s democracy.

In a condolence piece by his Director of Media and Public Affairs, Moses Olafare, on Saturday, Ooni Ogunwusi described Odumakin’s death as a rude shock, lamenting that Chief Odumakin died when the Yoruba nation in particular and Nigeria at large needed him the most. 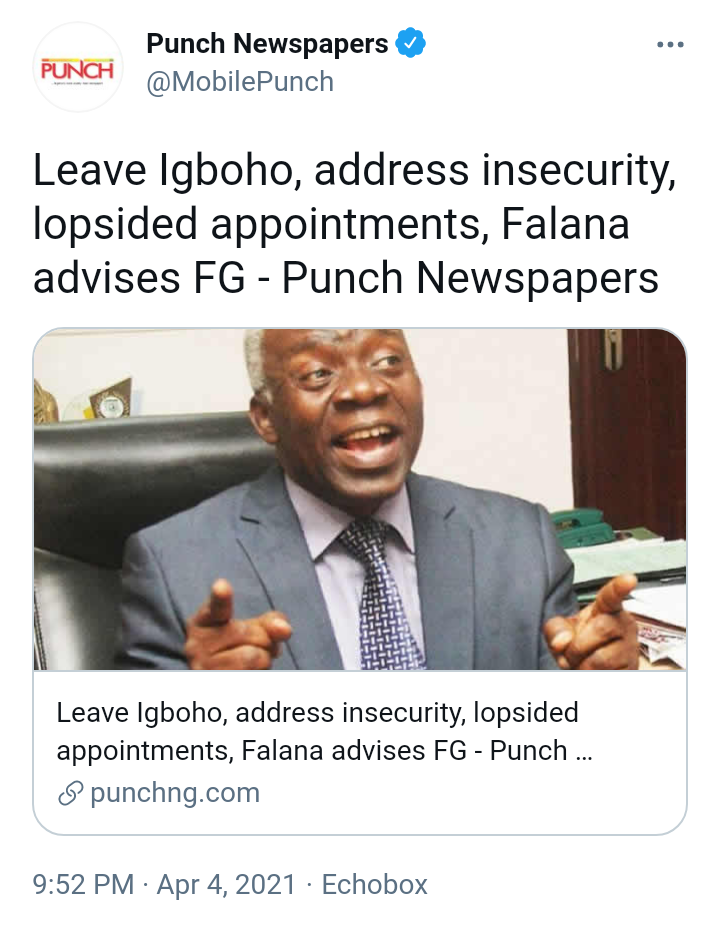 Human rights lawyer, Mr. Femi Falana (SAN), has advised the Federal Government to stop trying to arrest Sunday Igboho, but address the critical issues that are making Igboho’s message resonate with the youths.

Falana said in a statement on Sunday that the Muhammadu Buhari’s regime should start by addressing the lopsided appointments, youth unemployment and insecurity. 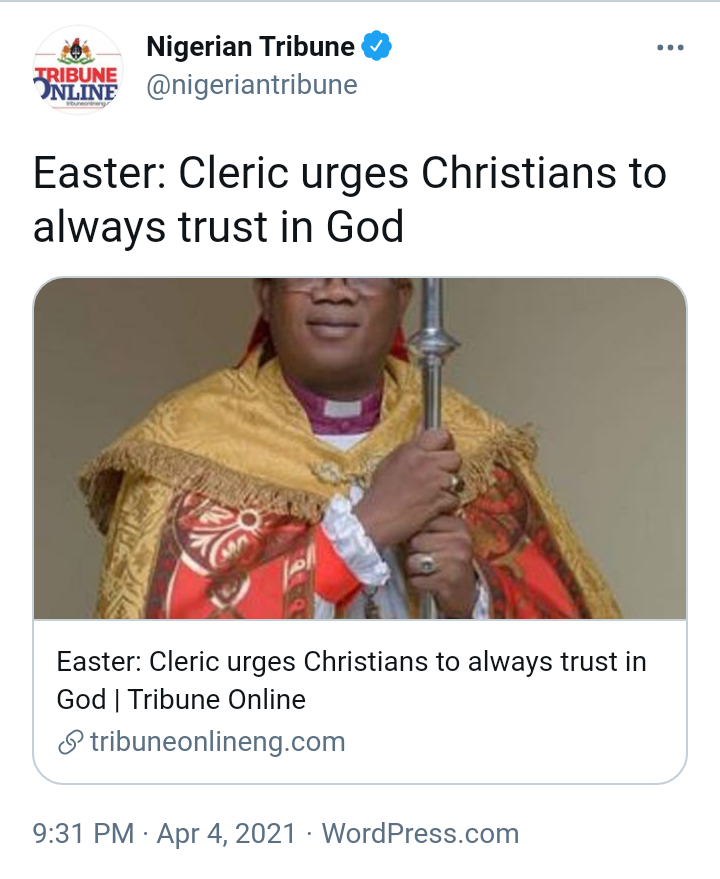 Christians have been urged to always trust God on his promises, no matter the situations and circumstances they go through.

The Bishop of Kwara Diocese, Rt. Reverend Sunday Adewole, gave the admonition in his Easter message, titled, ‘The Difference His Resurrection Makes’ at the Cathedral of St. Barnabas, Sabo-Oke, Ilorin.

Bishop Adewole, who said that the resurrection of Jesus Christ strengthens faith in God’s promises, added that it brings hope of eternal life and gives assurance of eternal hope. 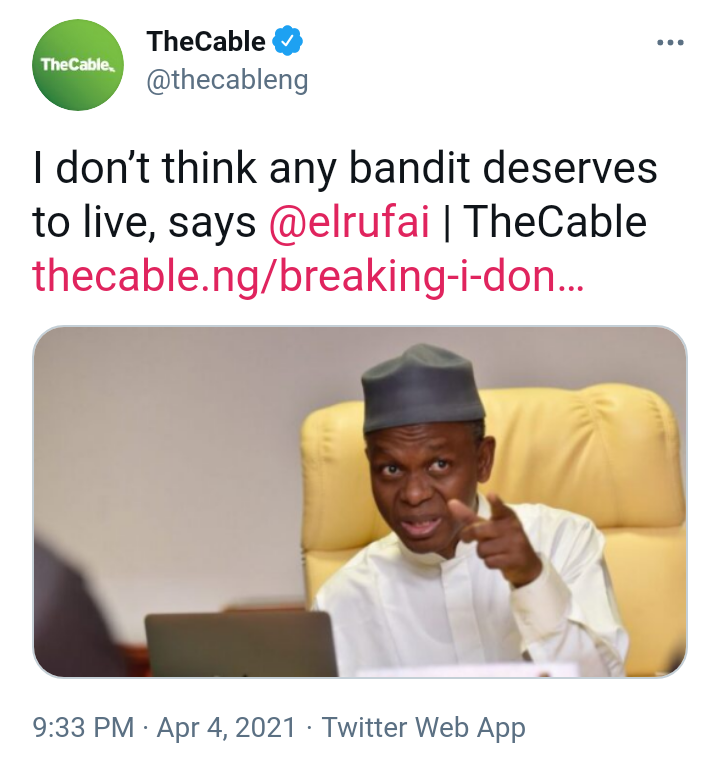 Nasir El-Rufai, Kaduna state governor, says he does not think anyone involved in banditry deserves to live.

He said any bandit operating in his state is “most likely going to end up dead”.

The governor spoke on Sunday during an interview on Politics Today, a Channels Television programme.

He said: “I think that the bandits and their leaders decided to collectively target Kaduna state because of the position we have taken that we will not negotiate with them, that we will not give them a penny of taxpayers’ money.” 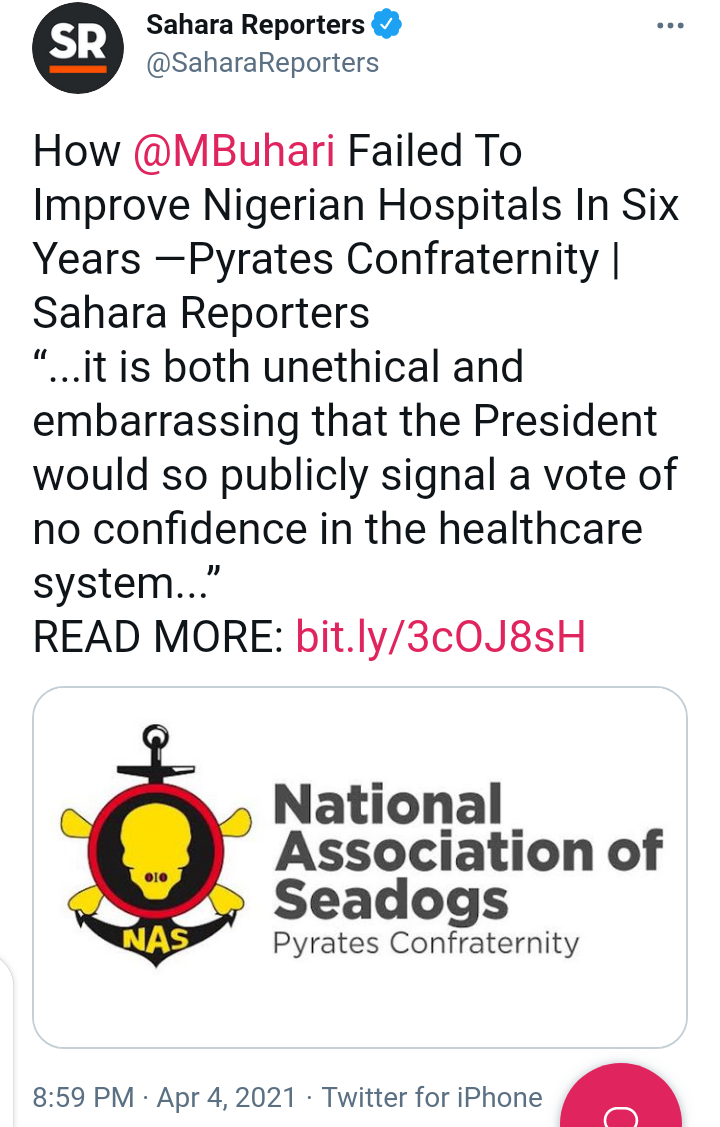 National Association of Seadogs (Pyrates Confraternity) has berated President Muhammadu Buhari over his latest trip to the United Kingdom for a routine medical check-up.

The NAS Capoon, Mr Abiola Owoaje in a statement he signed on behalf of the organisation said Buhari reserves the right to do as he wishes but as President of Nigeria, “it is both unethical and embarrassing that the President would so publicly signal a vote of no confidence in the healthcare system of the country he presides over.” 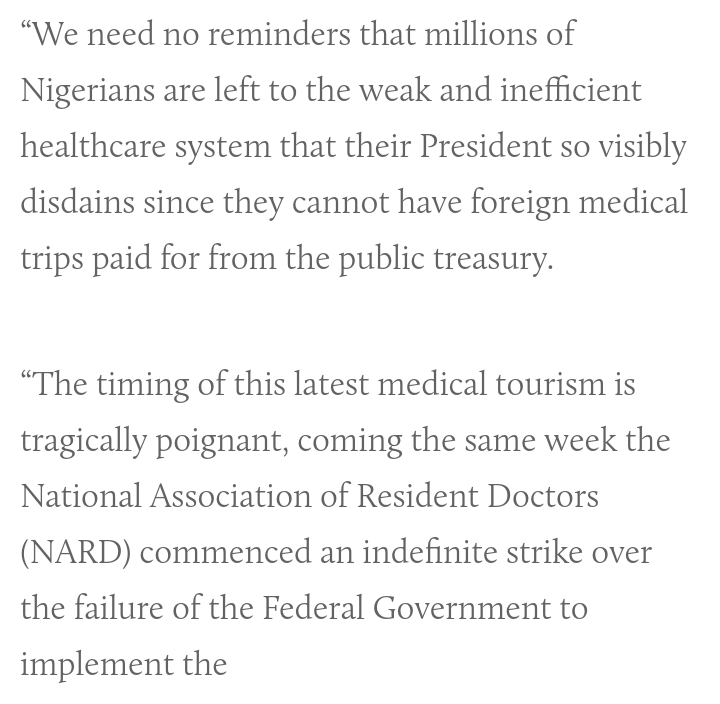 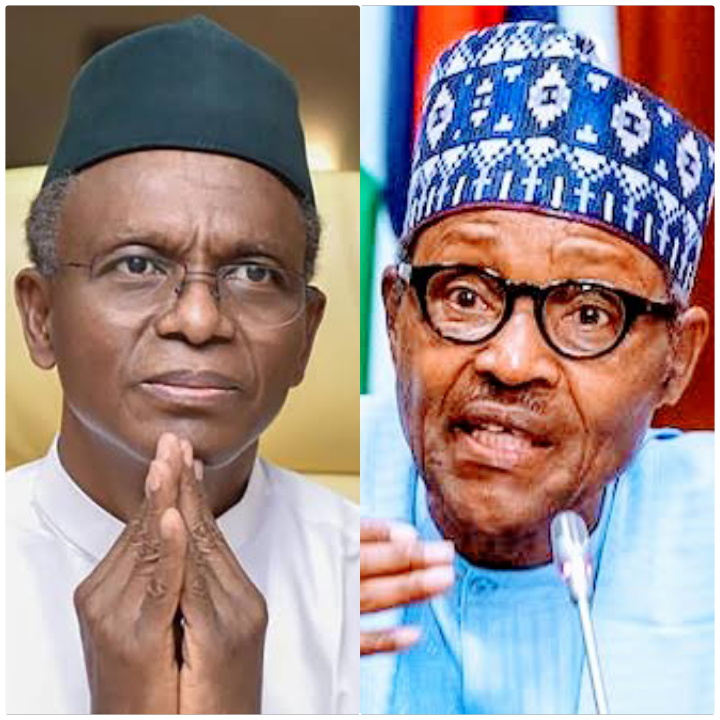 What's your thought on what Pyrates have said?