By Toptrendsmedia (self media writer) | 28 days ago 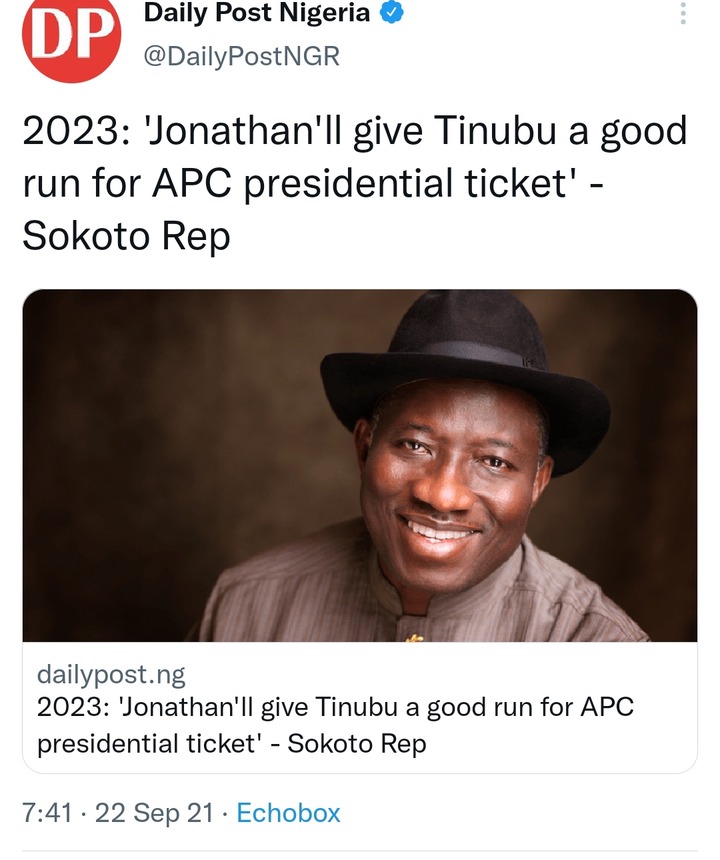 A member of the House of Representatives, Hon. Musa Sarkin Adar, has suggested what would happen to Bola Tinubu, National Leader of the party, if former President Goodluck Jonathan decides to join APC.

Adar, who is a chieftain of the All Progressives Congress (APC) from Sokoto State, said Jonathan would give Tinubu a good run for the APC presidential ticket if he joins the party.

The APC chieftain, however, pointed out that Tinubu stood a better chance to clinch the APC ticket because the party has the majority in the Southwest. 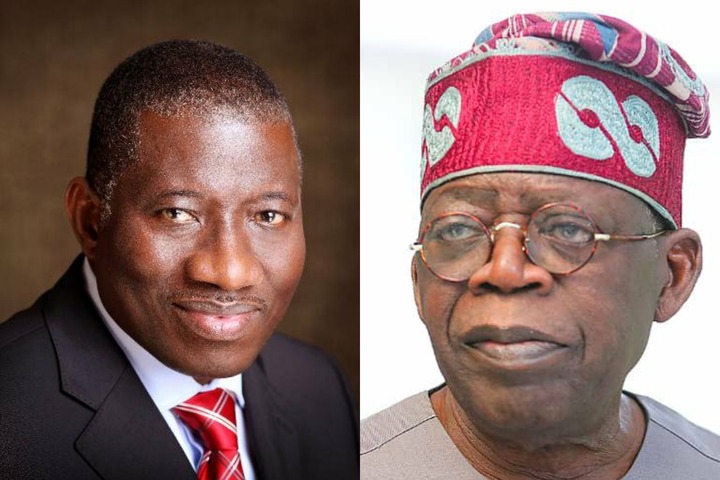 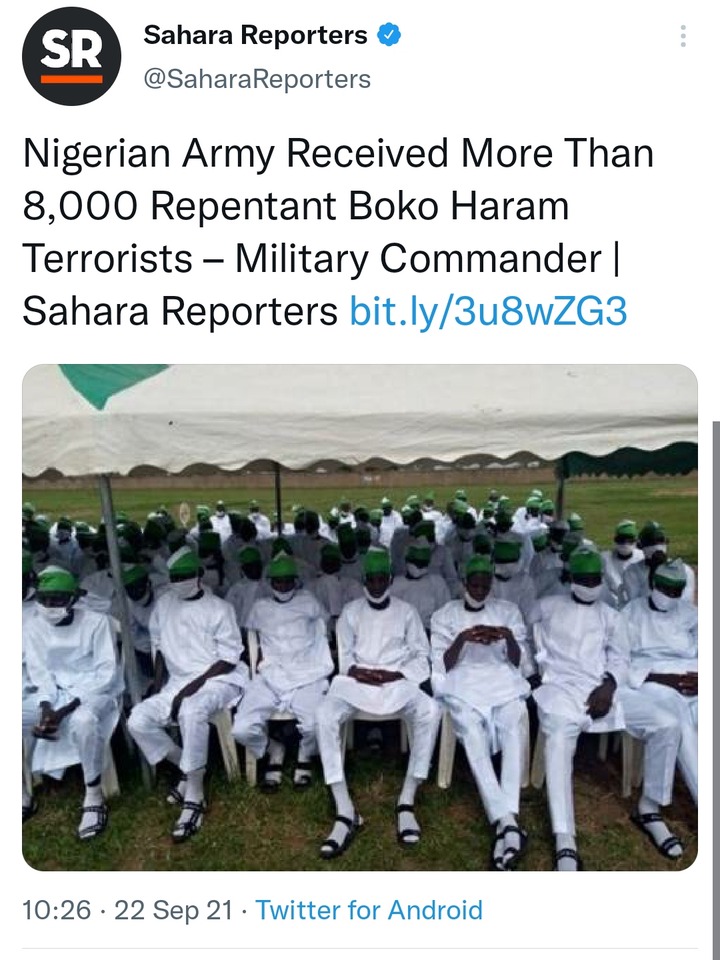 The Acting General Officer Commanding (GOC), 7 Division, Abdulwahab Eyitayo, has revealed that more than 8,000 Boko Haram terrorists have so far surrendered to the troops of the Nigerian Army.

According to him, the terrorists surrendered from their enclaves in Sambisa Forest, as well as other hideouts.

The GOC, who is also the Commander, Sector 1, Operation Hadin Kai, disclosed this during a visit by the Director, Army Public Relations, Onyema Nwachukwu, and a team of Defence Correspondents from Abuja on Tuesday, in Maiduguri, the News Agency of Nigeria reports.

Chinese banks to open in Nigeria 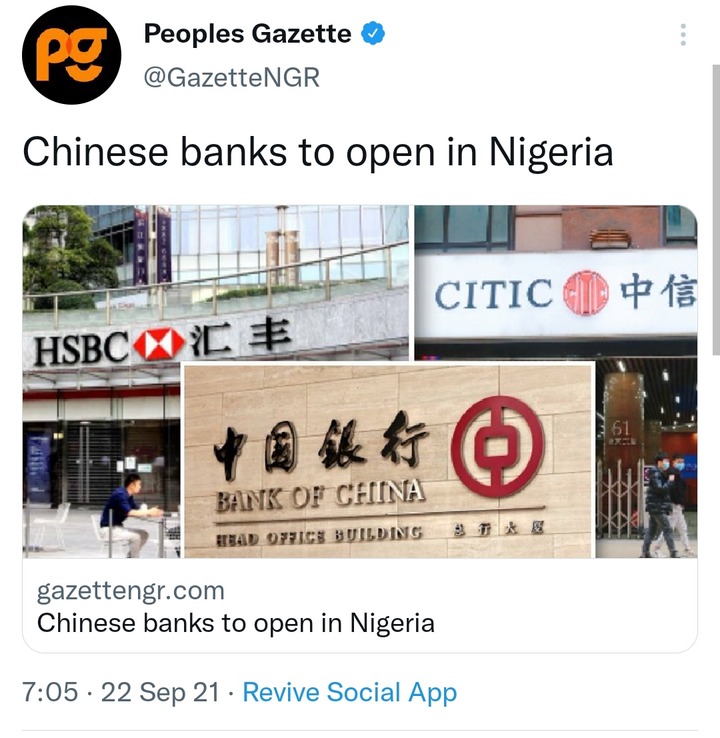 Cui Jianchin, the Chinese Ambassador to Nigeria, says he is in talks with Chinese-owned banks to establish operations in Nigeria.

“Before my departure from Beijing to Abuja, I talked to several banks in China. When you list the world’s 10 big banks, six are in China. The banking sector is very important because, without money, we cannot build our industries,” Mr Jianchin explained. “What I am thinking here is best to talk to the governor of the central bank, and how we can allow the Chinese banks to run office here and now, they are doing the feasibility studies on that.

This, the envoy said, would boost Nigeria’s economy and expand trade relations between the two nations. 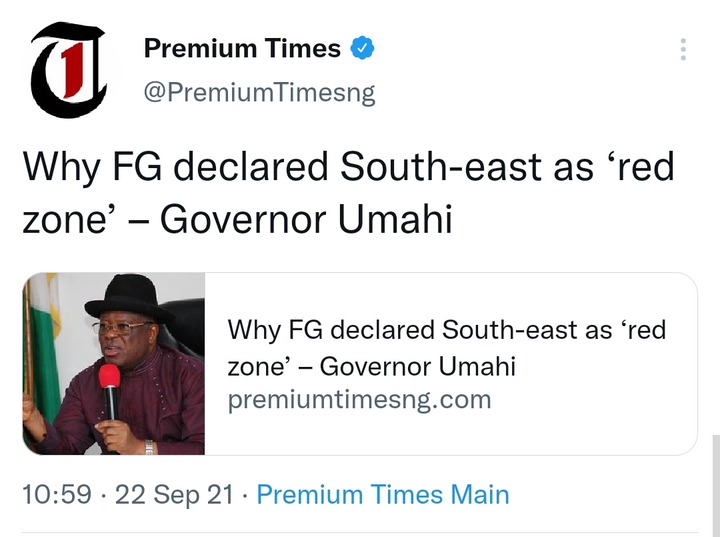 Governor David Umahi of Ebonyi State has expressed the fear that the declaration of the South-east as a “red zone” due to insecurity would deprive the region of federal projects.

Mr Umahi made the remark on Tuesday in Abakaliki while inaugurating the new leadership of the South-East Traditional Rulers Council, headed by Charles Mkpuma, the Chairman of the council in Ebonyi.

He said the Federal Government’s ministries recently declared the south-east as a red zone because of the high level of insecurity in the region. 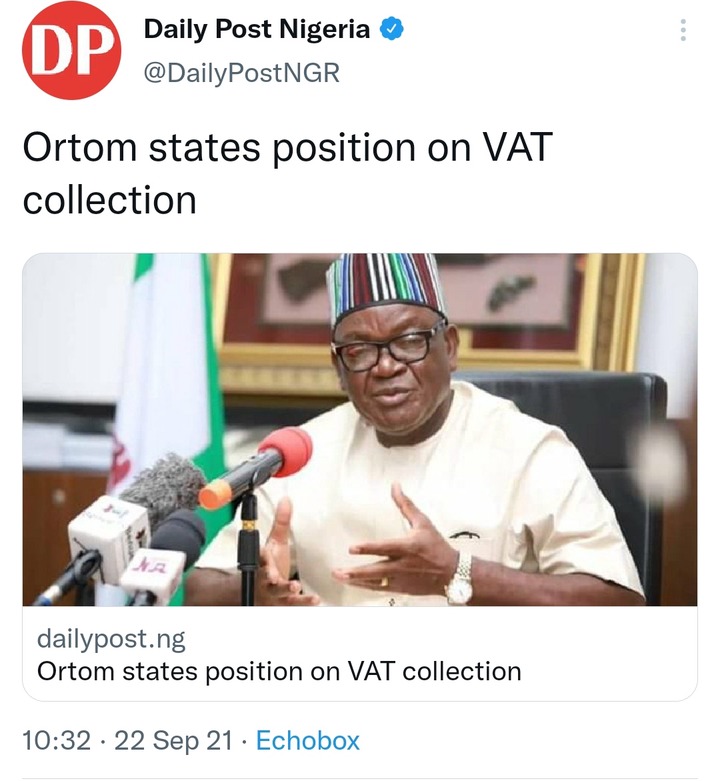 Recall that both Lagos and Rivers states have moved to take over the collection of VAT from FIRS.

The matter is currently before the Appeal and Supreme Court.

Ortom, in an interview with DAILY POST, said he would wait for the decision of the court before the state takes a position as he believes in the rule of law.