Today's Headlines: Nnamdi Kanu Reacts To Attempt To Assassinate Gov Ortom, There will be no more Nigeria if Ortom gets assassinated - Wike

By DarkHorse02 (self media writer) | 10 months ago 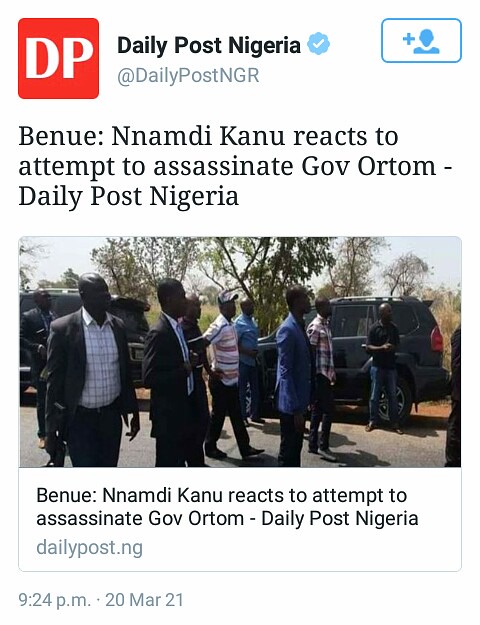 The leader of the Indigenous People of Biafra, IPOB, Nnamdi Kanu has reacted to the attempted assassination on Governor Samuel Ortom's life by a militia.

The assassination attempt on Governor Samuel Ortom's life occurred in the early hours of Saturday by suspected militia herdsmen. Governor Ortom attributed his assassination attempt to Miyetti Allah Kautal Hore's statement. In a meeting held in Yola, he singled the Governor as a thorn in the flesh, who must get eliminated.

Nnamdi Kanu's reaction to the incident 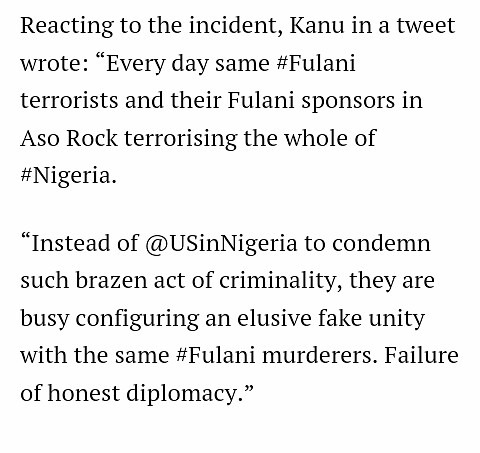 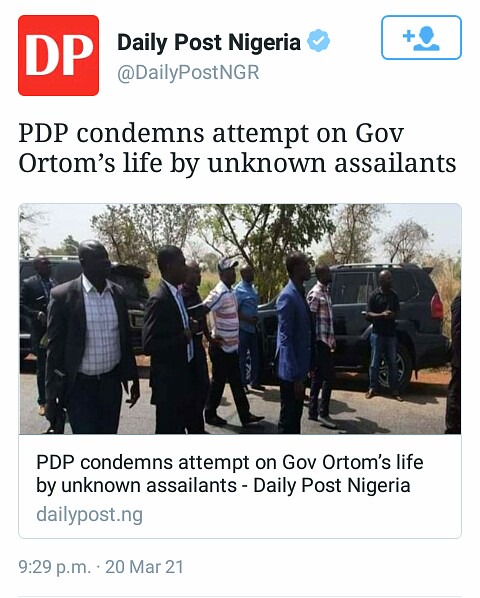 In a statement signed by Kola Ologbondiyan, the party's publicity secretary, he called on President Muhammadu Buhari to put machinery in motion to man-hunt, arrest, and persecute the assailant.

There will be no more Nigeria if Ortom gets assassinated - Wike. 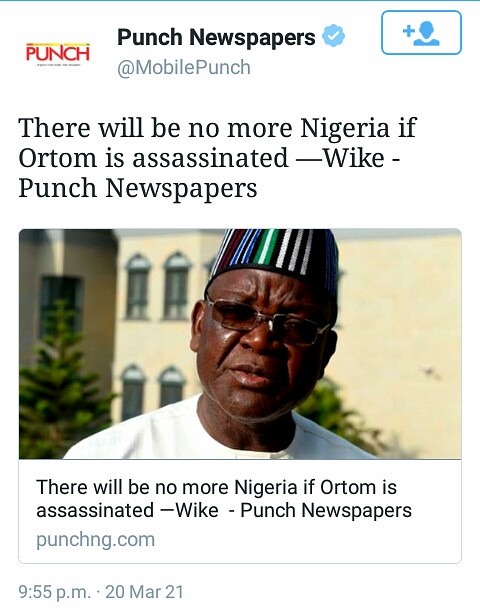 Nyesom Wike, Rivers State Governor, says there will be no more Nigeria if Governor Samuel Ortom gets assassinated.

He also said President Muhammadu Buhari and his All Progressives Congress would get held responsible if Ortom gets killed.