By PRIMETIMEVOICE (self media writer) | 1 year ago 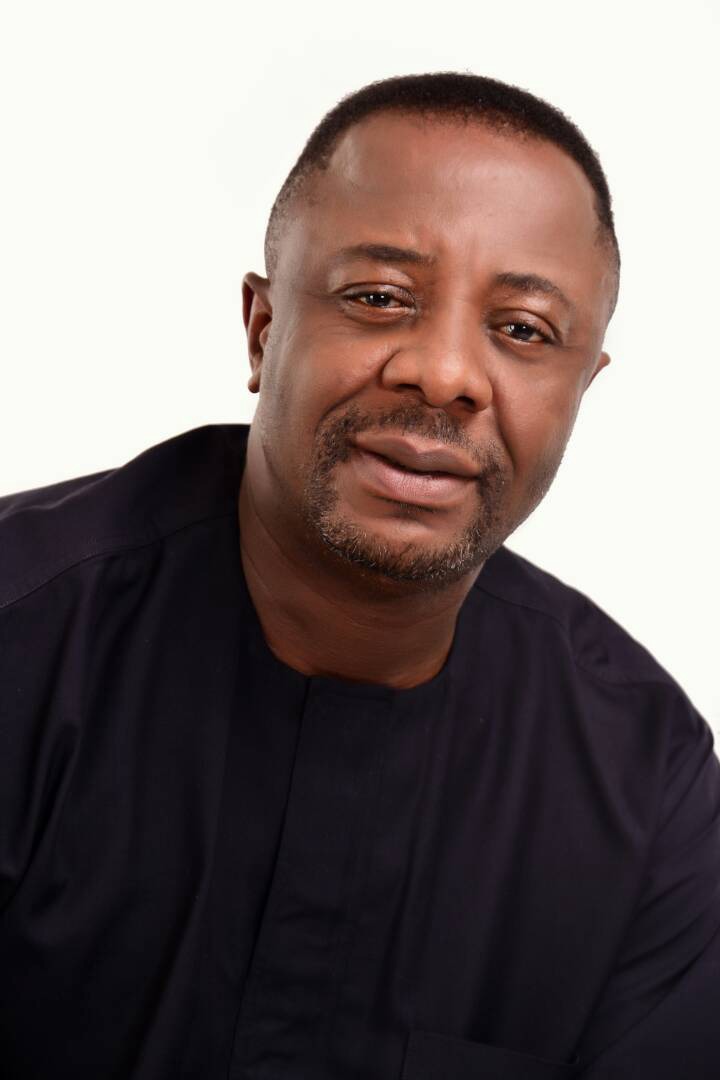 All Progressive Congress (APC) Chieftain in Cross River State, Mr Goddie Akpama, who spoke with newsmen recently said he had written with a called on the Chairman, National Caretaker/Extraordinary Convention Committee of the APC to immediately dissolve the executive/state working committee of APC in the state.

He said that his decision to put the call was premised on the need to strengthen the party and to foster togetherness and common front from all angles. The move according to him Primetimevoice gathered will do the party great good.

His letter reads as follows:

Contrary to fears in some quarters that the dissolution of the NWC was going to escalate the crises, it rather turned out to be the much needed tonic that finally put a stop to the protracted crises that had bedevilled the APC at the national level.

A Caretaker/ Extraordinary Convention Committee chaired by Governor of Yobe State, HE Mai-Mala Buni was inaugurated to run the party for six months, within which period a new national exco would have been elected.

With this development, all contending parties in the APC have embraced peace, and have put the interest of the party and the nation above their personal interest.

We are all witnesses to the fact that the Cross River State chapter of the APC has been bedevilled, for years now, by crises of leadership, leading to the emergence of two contending factions struggling to take charge of affairs of the parties secretariat.

Both factions have held tenaciously to their positions to the extent that the gulf within the APC in the state is widening with every passing day with no internal solution in sight.

In fact, the leadership crises that has held the APC down in the state has defied any court solution as the main actors have refused to let go any of their grounds.

Aside from the two factions of the crises laying claim to the leadership of the APC, there is a third leg; those who are strongly of the view that the chairman of the party should have emerged from the central senatorial district immediately after Pastor Usani Usani assumed office as minister of Niger Delta Affairs in 2015. The agitators for the emergence of a substantive chairman from the central senatorial district are already seething with action towards ensuring that what was done in similar situations at the national level is done in Cross River State, APC.

These intraparty crisis has caused a lot of setbacks, especially electoral misfortunes. During the 2019 general elections, the intraparty party crises was so fierce that each of the two factions operated from their secretariats, and parading their own candidates for each of the elective positions. The adverse effect was devastating. Despite parading most of the known political super heavy weight in the state, coupled with its members holding key public offices in a federal government controlled by the APC, yet the party lost all but one of the elective positions to the APC.

The APC struggled to win the Abi/Yakurr federal constituency much more because of the overwhelming acceptance of Dr. Alex Egbona by the electorate, and definitely not the unity or purposeful mission of the party.

At the moment, despite the peace and oneness that is witnessed at the national level of the party, the APC in the state is still fictionalised with both factions laying claim to the leadership of the party in Cross River State.

Derived from the forgoing sir, I do urge the Caretaker/Extraordinary Convention Committee of the APC to invoke the provisions of the Constitution of the party, and dissolve the Excos/ State Working Committees ( SWC) of all factions laying claim to the leadership of the APC in the state. This call is predicted on the fact that the contending members from all factions have refused to give peace a chance and work for the unity and progress of the party despite many attempts and meetings to get them to function in one direction.

The contenders in the state have brazenly displayed their disdain for the measures adopted by contending forces at the national level who willfully surrendered to the supremacy of the party at the expense of their personal and group interest, thereby returning the APC to the path of peace, unity and progress.

As far as the factional players are concerned, the example shown by the hitherto contending forces at the national level is immaterial, so they have learned nothing from the sacrifices made.

From the numerous court cases the contending forces have filed, it is obvious that even if the supreme court intervenes in favour of any of the factions, peace will continue to elude the APC in the state as the would be losers are very likely to return to the trenches to continue fighting.

So, a court solution will only promote a win-lose situation and not a win-win situation, and the crises will continue.

Mr Chairman sir, in the near future the APC will be going into a bye-elections in Obudu State constituency, and Cross River North Senatorial District to fill the vacant positions.

From the benefit of hindsight, if the excos of the contending factions are not dissolved, the party would fall into the same trap of 2019 general elections, and would have multiple candidates for the elections with each party nominating their own candidates, and submitting more than one name for each constituency. That would amount to surrendering victory to the PDP on a platter of diamond.

The March 28, local government elections which witnessed the APC factions working at crossed purposes is one of the recent examples of what fictionalisation has cost the party in the state. The disorganised APC could not produce a councillor out of the 196 wards and lost all the positions for 18 local government chairmen across the state.

I, therefore, urge the National Caretaker/ Extraordinary Convention Committee to immediately set up a Caretaker Committee for the APC in Cross River State. Members of the Caretaker Committee should be men and women of integrity, who have demonstrated credible neutrality in the face of the crises that has rocked the APC in the state over the years.