By NewsBlazer (self media writer) | 1 year ago

Both brothers were of different faith. While General Musa Bamaiyi was a Muslim, his brother Ishaya is a devoted Christian. 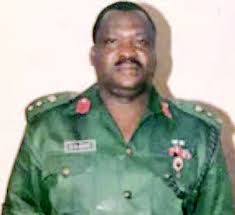 Musa Bamaiyi was born on the 11th of June, 1948 in Zuru, present-day Kebbi State, Nigeria. He was enlisted into the Nigerian Army in 1968. In 1984, he became the acting Governor of Benue State.

Before his retirement in 1999, General Musa Bamaiyi became the head of the National Drug Law Enforcement Agency (NDLEA) from 1995-1998.

While he was the NDLEA boss, General Bamaiyi arrested popular Afro Juju artist, Fela Anikulapo Kuti for illegal possession of drugs. The general passed away on April 17, 2007, aged 58 years.

General Ishaya Bamaiyi, was born on September 21, 1949 in Zuru, Kebbi State, Nigeria. He was commissioned into the Nigerian Army Infantry Corps after undergoing a Short Service Course in 1968.

After his studies at the Nigerian Defense Academy in Zaria, he went for further training such as Advanced Infantry Company Commanders Course, UK (1976), Command and General Staff College, USA (1981-1982), and International Management Course, USA (1986) etc. 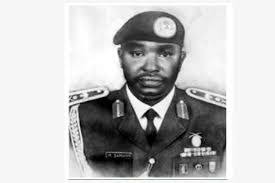 General Ishaya Bamaiyi has held many big posts during his service year in the Nigerian Army. The highest among them was Chief of Army Staff to the Head of State.

On March, 1996, the Head of State, General Sani Abacha, appointed General Bamaiyi to be his Chief of Army Staff. Ishaya Bamaiyi served in this capacity from 1996-1998 before his retirement in 1999.

The Feud Between Musa And His Brother Ishaya

A scandal broke out in the Bamaiyi family when Musa, the elder brother, accused Ishaya of having canal knowledge of his wife Ladi.

According to Musa, his brother Ishaya was sending money and clothes to his wife Ladi without his consent, trying to seduce and persuade her to leave her home. Angry Musa took the matter to the next level by seeking redress from the Human Right Violation Investigation Commission Panel, which was preceded by Justice Chukwudifu Oputa.

However, General Ishaya Bamaiya denied the allegation leveled against him by his elder brother. He said he has never had any affair with his in-law, Ladi Musa Bamaiya. One of his reasons was that both of them stay afar from each other, he was in Lagos at the time while she was at Zaria, Kaduna, how could this be possible? He said.

Ishaya did not deny the fact that he sent her money and clothes but he only did that out of kindness after he learnt about how his brother was maltreating his wife. Unfortunately, his good deeds to her were mistaken by her husband to mean seduction.

Based on report, the feud between the two brothers remained unsettled up to the time of Musa’s death in 2007.

No one knows who was right between the two brothers but a misunderstanding ensued and a woman was at the center of it all and had caused them to become rivals.

Feel free to drop your comments in the comment section below.