By AkwaIbomInformationMinistry (self media writer) | 9 months ago

…set to stimulate economy of the state complete ongoing projects 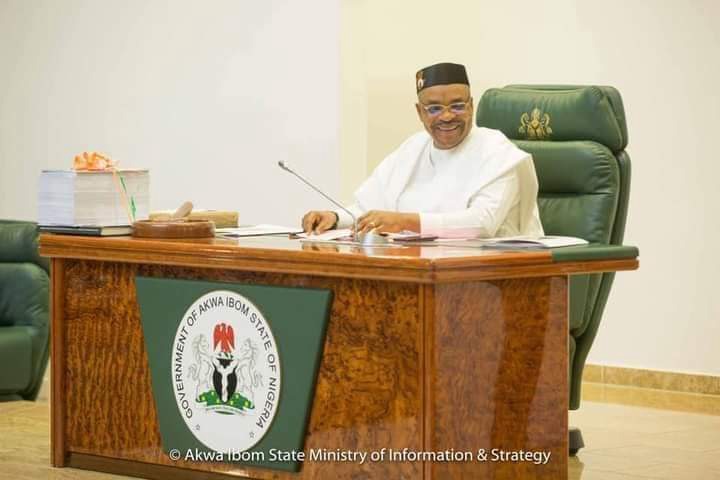 Governor Udom Emmanuel has donated N20 Million to the family of late Mr. Tony Ijie, a member of the Akwa Ibom EndSARS panel, who represented the Human Rights Commission.

The Governor announced the donation last Friday, at the Executive Council Chambers, Government House, Uyo, when he received the report of the Judicial Panel of Inquiry setup to examine the circumstances surrounding the EndSARS protest.

According to the Commissioner for Information and Strategy, Comrade Ini Ememobong, who briefed Government House Correspondents at the end of the State Executive Council meeting, said Governor Emmanuel expressed grief over the demise of Ijie and condoled with the bereaved family. 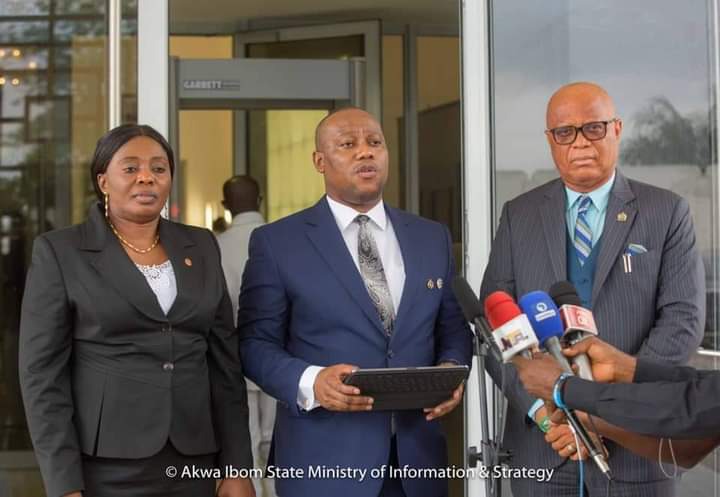 Speaking on the report of the EndSARS panel, the Commissioner said the Executive Council earlier, "received the report of EndSARS panel led by the panel Chairman Justice Ifiok Ukana (Rtd). That report, a 4-volume report has been submitted to government and the Chairman expressed his gratitude to government for the support given and for the quality of people who were selected to serve in that committee.”

“Regrettably, the representative of the Human Rights Commission, Tony Ijie, who was the State Coordinator here, had passed on and he also mentioned same. And you recall that His Excellency the Governor made a donation of N20 Million to the family”. The Commissioner added.

The Information boss said, Governor Emmanuel, who presided over the meeting announced that government will stimulate AKwa Ibom State economy with the injection of funds that will see to the rapid completion of ongoing projects, with a view to actualizing the completion agenda of government. 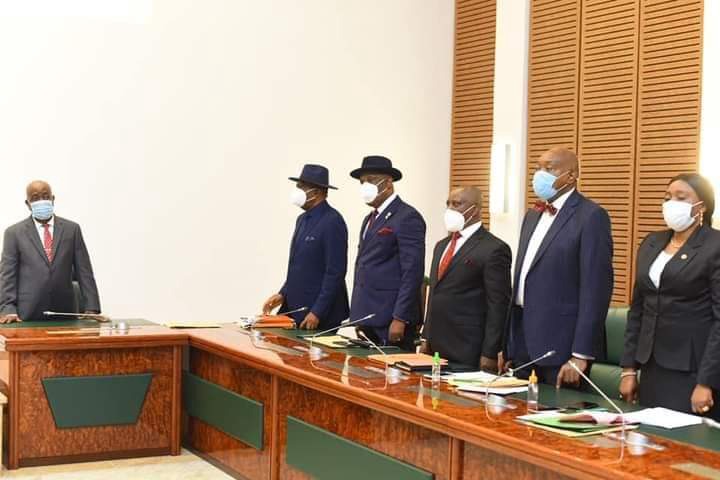 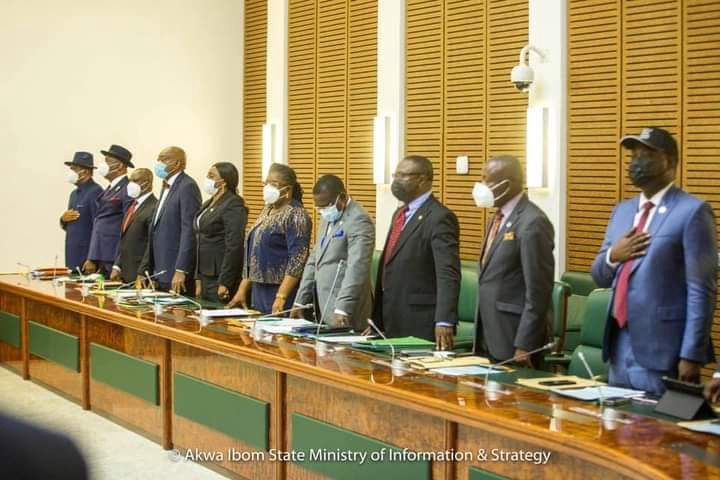 The Commissioner, who pointed out that the state government has outlined projects for which funds will be released mentioned that “The projects are compiled with variation currently ongoing, the prices of commodity are not what they were at the point of proposition so variation are undertaken the whole idea is to ensure that all projects that fall under the completion agenda are completed and commissioned.“

Ememobong also explained that the State Executive Council reviewed Covid-19 status and directed the immediate reactivation of Covid-19 management and monitoring team into action to combat the resurgence of Covid-19 in the state, saying, “EXCO also reviewed the Covid-19 status currently and expressed displeasure at the spike in the number of cases we have witnessed and directed the immediate action by the Covid-19 management team that all Covid-19 protocol be reactivated immediately and Exco directed that the curve be flattened”.

He added that the State Council approved the immediate commencement of the next phase of inter-ministerial projects in the state and educational projects to be targeted in line with the declaration of state of emergency in the education sector.

In addition, the Comrade Ememobong said the progress report on power-for-all scheme by government was presented by the Commissioner for Power and Petroleum Development and received for review by the State Executive Council.