2023: Meeting of Stakeholders of Enugu West and Ekweremadu's Diminished Clout 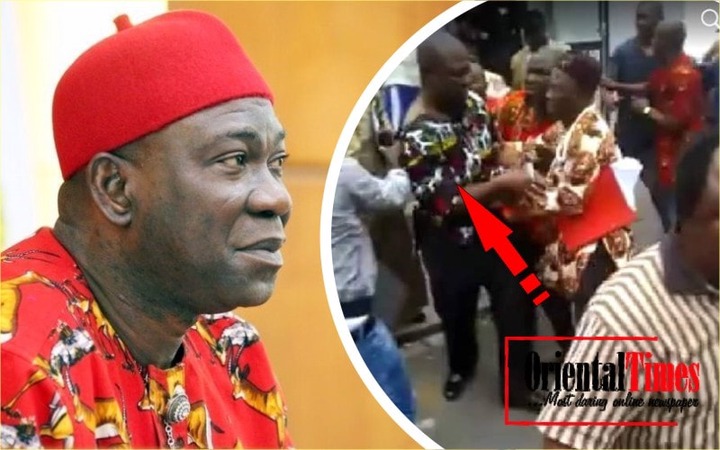 "Ike Ekweremadu has no clout to call a meeting of critical stakeholders in Enugu West Senatorial Zone", interrogates by Kessington.

Political activities are revving up across Enugu state with pundits pushing the idea of gubernatorial zoning arrangement in the state to the front burner of state political discuss in the three geo-political zones of the state.

Enugu North zone had series of meetings featuring all their political big wigs, including former governor, Senators, past and present political office holders. Some days ago, Enugu East Zone had theirs, which had in attendance, a galaxy of political heavy weights, comprising former governor, former President of the Senate of the Federal Republic of Nigeria, Senators, past and present political office holders. In the two geo-political zones of East and North, the meetings were at the instance of the political leadership of each zone.

Has he the clout to pull all these people together to adopt and push further his view that zoning has gone round and, therefore, should start from Enugu West zone with a micro zoning to his Awgu cultural zone with him as the next governor of Enugu State come 2023? Of course, the answer is, "No", as he is simply a political pariah in Enugu West zone where he has exploited his people for 20 years and more.

Remember the ragtag assortment of Enugu West leaders who accompanied him in his botched visit to Lion Building early this year when he wanted to launder himself as the leader of Enugu West zone. Major stakeholders like former Governor Chime, sitting Deputy Governor, present Chief of Staff, former ministers and several local Govt chairmen and a host of others avoided him like a plague.

For avoidance of doubt, and in the interest of the remaining few ignorant followers of Ekweremadu, it is important to emphasize that Ike Ekweremadu has no practical political capacity to call for a meeting that will seat the aforementioned stakeholders of Enugu West in a place to discuss zoning or no zoning, let alone his anti zoning agenda.

This mirage of his gubernatorial ambition is dead before arrival. The litmus test for Ike Ekweremadu’s ability to swim against the ocean tide of Nkanu political interest in 2023 is his ability to summon this meeting in his home zone, Enugu West Zone, and come out with a communique as has been done in the other two zones.

If he shirks this simple task or ducks the challenge arising thereof vis-a-vis his leadership claims, then he should better shut up his mouth and allow peace to reign in our dear Enugu state, otherwise, he would be taught the same lesson Kwara state voters taught Bukola Saraki in 2015.