1997, the year Soyinka was declared a traitor by Abacha. 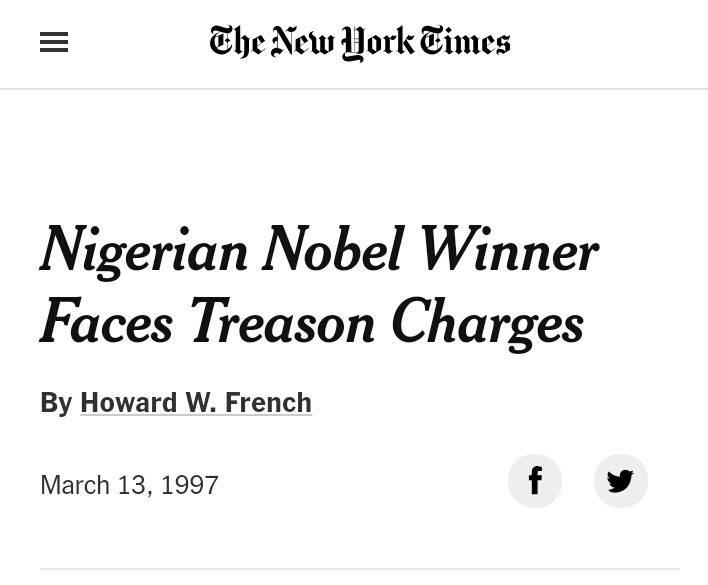 “Nigerian Nobel Winner Faces Treason Charges” that was the headline on the New York Post article written by Howard W. French and published by the New York Times. This was published on the 13th of March, 1997. And as the article reportedly rightly, the Abacha government has brought charges of treason against the erudite literary icon, Soyinka alongside other “dissidents” as the government choose to call them. 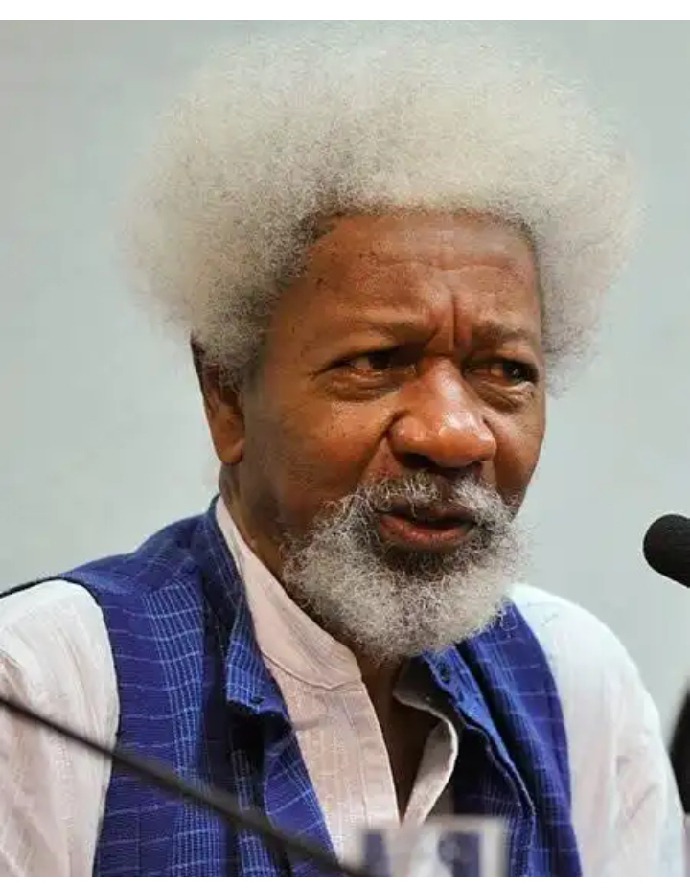 As at the time of this occurrence, Enahoro was the chairman of the National Democratic Coalition (NADECO), a group opposed to the military dictatorship of Abacha and the cancellation of the June 12 election. As at this time, Soyinka was reportedly not in the country, having fled the country through Benin Republic to the United States since November 1994 after having being accused of complicity in the murder of the then Attorney General and Minster for Justice, Bola Ige. Events leading up to the 12th of March show that on the 7th of January, 1997, a bomb exploded at the Lagos mainland killing two soldiers and injuring several others. And in February, there was the ruse put forward by the abacha government to convince the nation of return to civilian rule, a plan which was seen in different quarters as a ruse by Abacha to hold onto power for a longer period. This was one of the plans for which NADECO protested against. And the voters’ registration exercise witnessed poor turnout for registration.

Following a series of protests commandeered by NADECO and by Soyinka who was noted to have sneaked into the nation through one of its porous borders; he continued to criticize the government of Abacha. And on March12th, he was charged with treason against the nation and of planning to overthrow the government. And also on March 16th, the government arrested former petroleum minister Chief Don Etiebet. And on March 25th of the same year, traditional rulers from Lagos State shamelessly declare support for the Abacha regime. Upon declaring Soyinka traitor of the state, pictures were circulated throughout the nation and orders were given that if discovered, persons disclose such information to the nearest police station for quick action. At this point in time about eight of the labeled dissidents who were still in the country had been arrested and charged to court. Most of them were member of the proscribed National Democratic Coalition. And the trio of Soyinka, Enahoro and Akinrinade were tried in absentia. Abacha died in 1998 and the charges were dropped.