President Muhammadu Buhari has approved the naming the railway complex in Agbor, the operational hub of Itakpe-Warri rail line, after his predecessor Goodluck Jonathan.

Minister of transportation, Rotimi Amaechi, made the disclosure on Saturday.

The minister said the project will be commissioned virtually any time soon.

Six people have been killed Katsina state after they came in contact with an explosive device.

The device was reportedly placed on a farm by unknown persons.

Several other people injured by the blast have been rushed to the hospital.

Unknown gunmen have reportedly killed 20 people following attacks on Chibuak and Kigudu II communities in Kauru Local Government Area (LGA) of Kaduna state. The two villages were reportedly attacked consecutively on Thursday and Friday at midnight, while some of the villagers are said to be missing. The bandits were said to have launched yet another attack on Saturday. 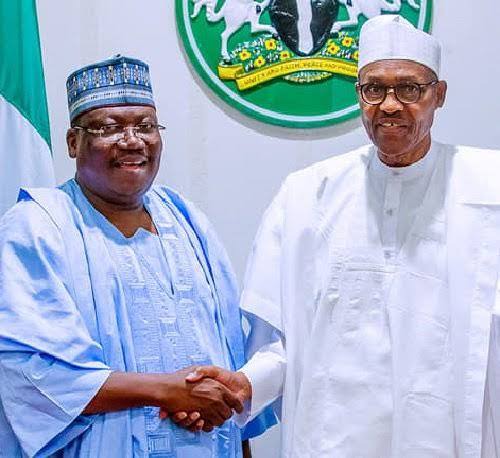 Lawan said there was nothing special or wrong in his involvement in consultations and holding meetings prior to the last emergency meeting of the National Executive Committee of the ruling All Progressives Congress.

Buba Galadima has said the leadership crisis in the ruling party is another gimmick against the 2023 presidency.

The former ally of President Muhammadu Buhari also said some bigwigs of the ruling party are creating factions in order to take control ahead of 2023.

"Some of these things happening within APC have to do with 2023, and this is why you have different factions about three of them desperately trying to secure control of the party," Galadima submitted.

Senate president, Ahmad Lawan, has distanced himself from a report claiming he plans to contest for president in 2023.

The Senate leader described the report as beer parlour gossips.

Lawan said he does not want to be distracted by unnecessary matters.

The Party said the reported looting at the NDDC has brought embarrassment to the Buhari administration.

The PDP noted that Akpabio must be suspended to allow a thorough investigation at the NDDC.

Garuba died on Saturday, July 18, of an undisclosed ailment at the age of 54.

The late lawmaker was born on August 23, 1965, at Akpekpe community in Auchi kingdom in Etsako West local government area of the state.