GOOD WORK: After Nnamdi Azikiwe's Statue Was Set on Fire During Protest in Anambra, Group Fix It

By EaglesReportNG (self media writer) | 2 years ago

A peaceful protest broke out across many cities in Nigeria after youths in the country stormed the streets to protest against police brutality which has been a major challenge in the country. The protests which first began in Lagos State didn't take time before hitting other major cities in the country including the Federal Capital Territory Abuja lasted for days as they kept matching peacefully to make their voices heard. Violence later took over after some unknown hoodlums hijacked the protests and began causing problems by looting and destruction of properties.

One of the states who witnessed some level of violence is Anambra where lots of shops were broken into and looted and there were also a level of destruction of properties including the Bronze statue of Rt. Honourable Chief Dr. Nnamdi Azikiwe which is located at the DMGS Roundabout in Onitsha. 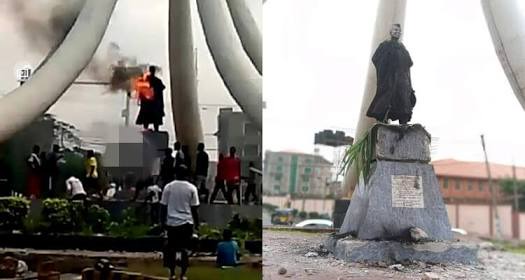 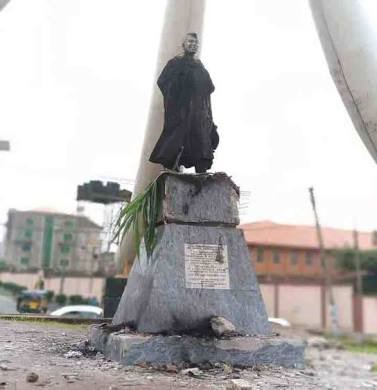 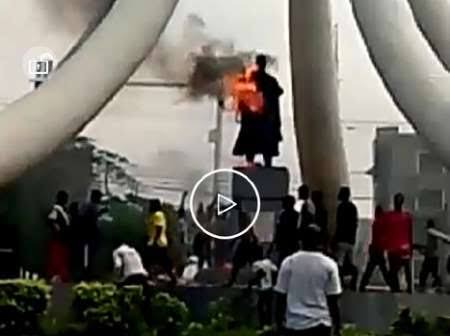 After things calmed in the state, a group known as Greater Onitsha Foundation came out to restore the vandalized bronze statue. The group did not only fix the damaged object but continued the cleaning exercise all over the city to ensure things got back to normal after the recent civil unrest.

Below are some of the pictures from the cleanup exercise as released by the Anambra Police Command. 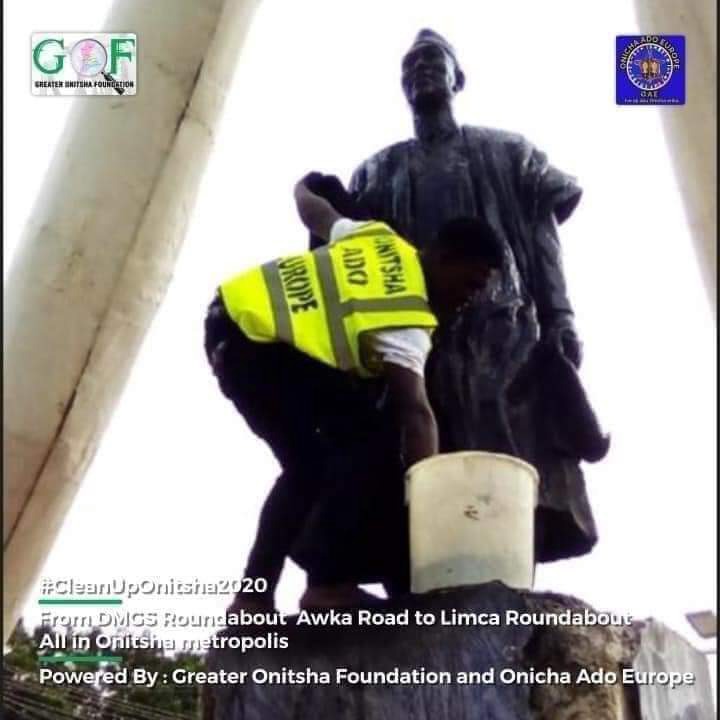 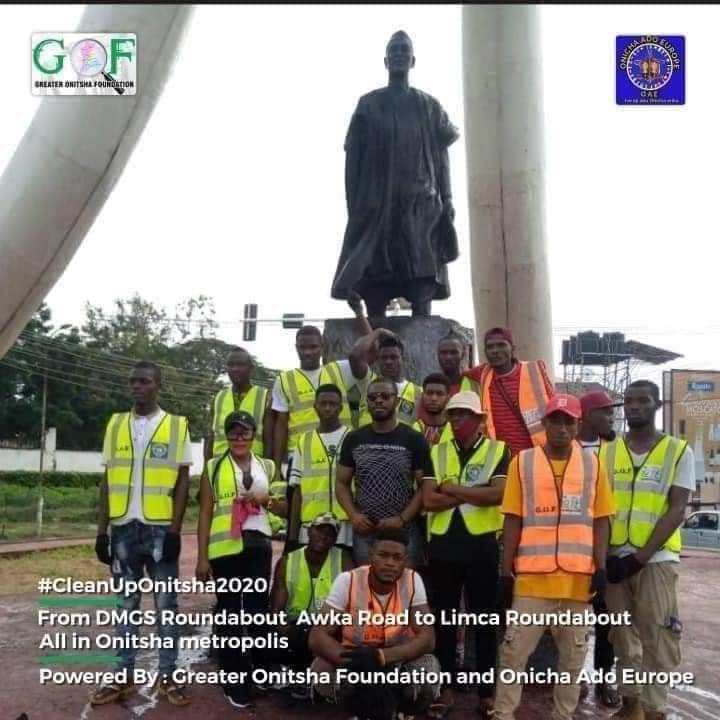 Content created and supplied by: EaglesReportNG (via Opera News )