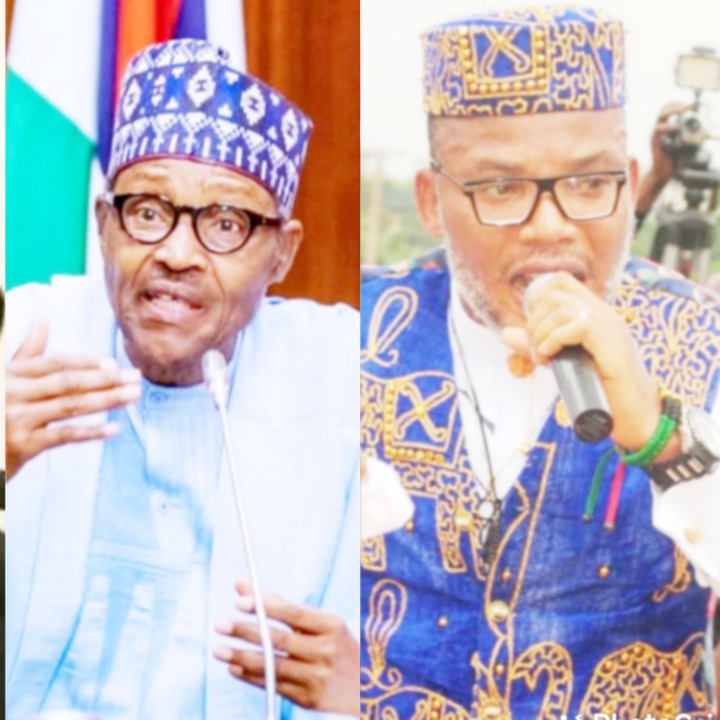 Nnamdi Kanu Speaks Ahead Of Trail 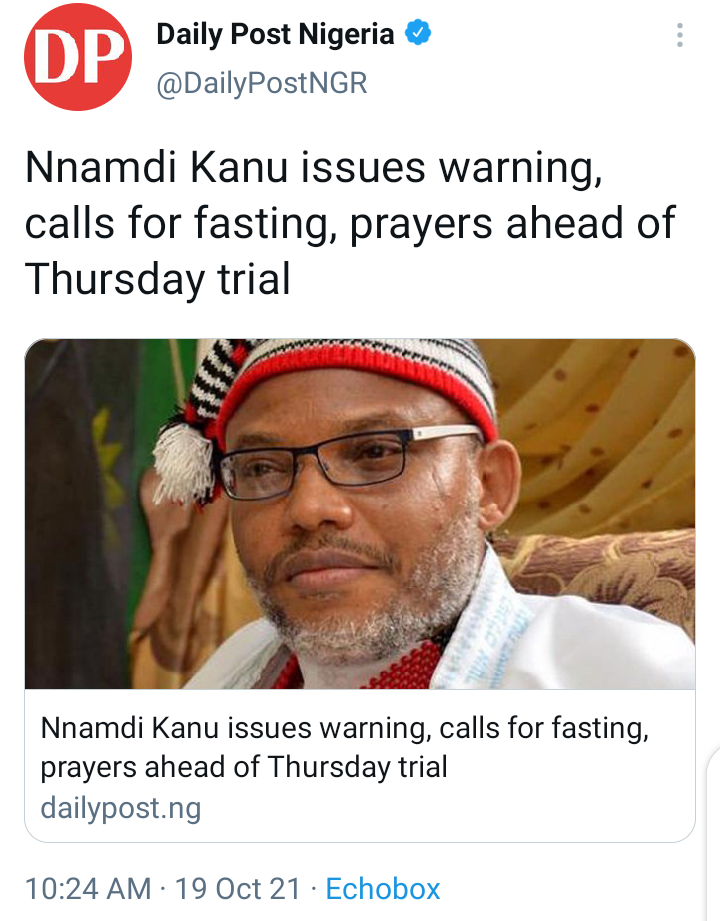 Nnamdi Kanu, leader of the Indigenous People of Biafra, IPOB, has issued an urgent and important warning, ahead of his trial on Thursday.

Kanu warned that none of his lawyers should be harassed and threatened by those claiming to be his followers.

The separatist vowed never to forgive anybody who harasses or threatens his lawyers.

He issued the warning during his routine meeting with his counsels at the Department of State Services, DSS, headquarters in Abuja.

A statement by his lead counsel, Ifeanyi Ejiofor, said Kanu also called for fasting and prayers ahead of Thursday.

The statement reads: “He requested that the fasting, supplications, and prayers should continue, as he noted that they are strongly impacting positively. 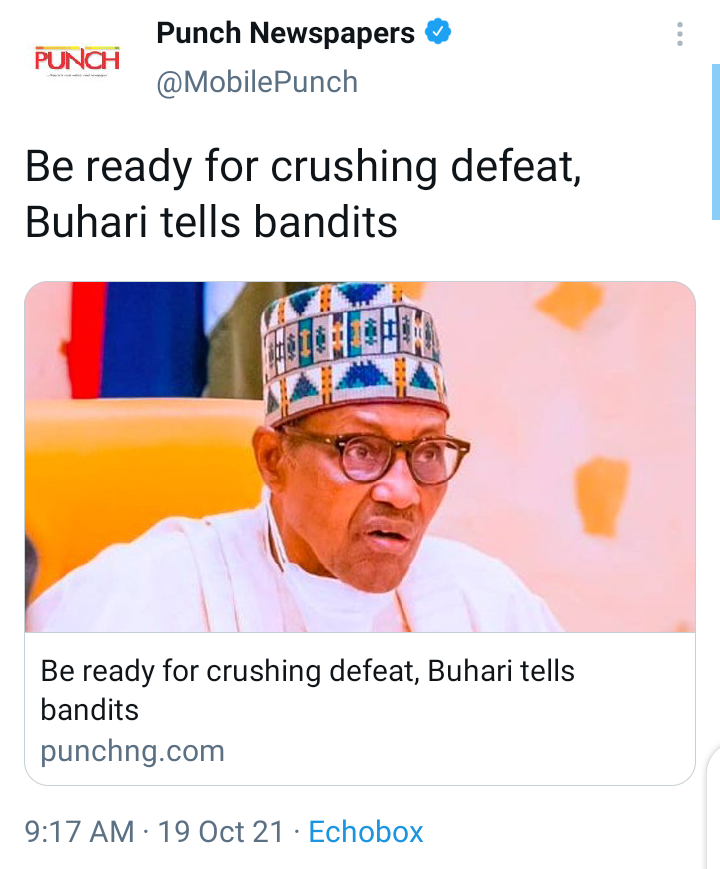 President Muhammadu Buhari has sent a stern warning to bandits, saying that “the clock of your ultimate destruction is ticking as you will no longer have a place to hide.”

In a statement in Abuja on Monday, Malam Garba Shehu, the President’s spokesman, said President Buhari was reacting to the killing of over 30 people in Goronyo in Sokoto State on Sunday by bandits.

According to the president, the days of the bandits are indeed numbered because the military capabilities of armed forces are being boosted by the acquisition and deployment of advanced equipment.

“The bandits are living in fool’s paradise of invincibility, but reality will soon dawn on them harder than ever before.

”The bandits are currently under desperate pressures because of the intense and sustained air and ground operations against them in their hideouts by our security forces. 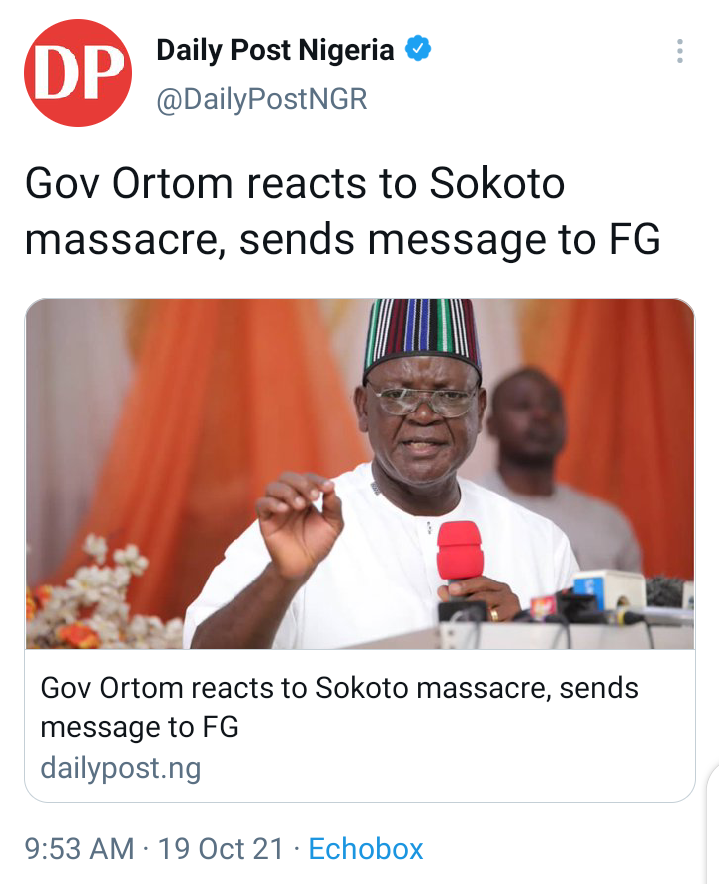 Governor Samuel Ortom of Benue State has reacted to the attack on Goronyo Market, in Goronyo Local Government Area of Sokoto State by bandits which led to the death of about 43 villagers.

Ortom, in a statement issued and made available to reporters on Tuesday by his acting Chief Press Secretary, Nathaniel Ikyur, called on the Federal Government to step up its strategies in combating insecurity threatening the corporate existence of the country.

According to the Governor, doing so would allow the citizens to live in peace and harmony where development will thrive despite the agitations in different parts of the country.

The Governor also sent heartfelt condolences to his Sokoto State counterpart, Governor Aminu Waziri Tambuwal, the Government of Sokoto State, as well as families of victims.

He described the incident which left more than 43 persons dead and many others injured from the sporadic attacks as sad, unfortunate and shocking.