By Ojochenemi (self meida writer) | 4 days

Award winning journalist, Babajide Otitoju Kolade has insisted that Former President Goodluck Jonathan has carried out some projects during his tenure. 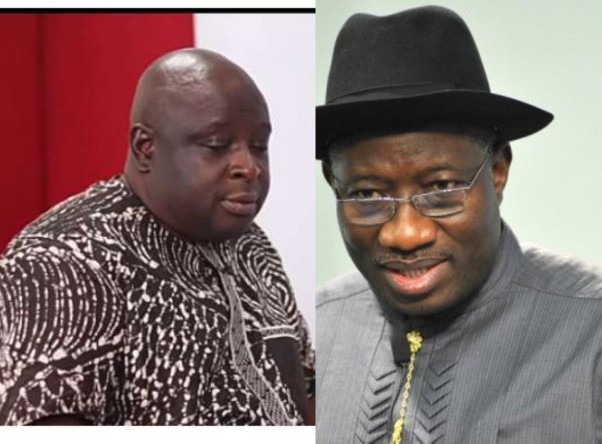 Babajide Otitoju who was reacting to one of his followers that claimed that the former president left many unfinished projects.

But in debunking the claims, the TV presenter urged people to be fair in their analysis.

According him, he will not deny the fact that some projects where actually abandoned by the past president.

"They abandoned many projects, but you can't say they didn't initiate any project. That's a lie" Babajide Otitoju on his social media account.

He said he can go on to list some of the railway and road projects that were initiated by Goodluck Jonathan administration.

According to him, one of the project is the Lagos-Ibadan expressway.

"I will only give two examples. The Abuja-Kaduna rail and the Lagos-Ibadan expressway reconstruction. Both were started by Jonathan." he says.

He continued by saying that the much celebrated Abuja-Kaduna railway was close to being completed by Jonathan before Buhari took over.

" Infact the Abuja rail was 95 percent completed. There are so many that I can talk about." he concluded.

Do you agree with what Babajide Otitoju just revealed? Kindly share your thoughts below the comments section of the article.

Alleged Molestation: Baba Ijesha To Be Arraigned In Court Today

Check Out Some Throwback Photos Of Nigerian Comedian Woli Arole