The ruling All Progressives Congress (APC) in Lagos State, is embroiled in a fresh crisis, as a faction of the party has launched a massive campaign for compulsory conduct of local government election by relevant authorities. 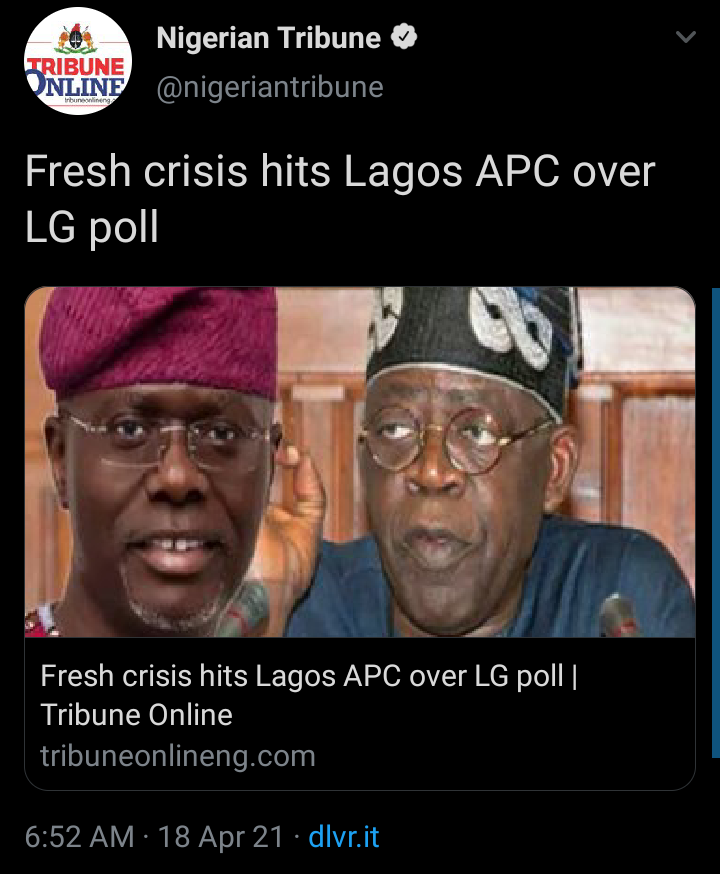 A legal conundrum is also shaping up for Lagos State Independent Electoral Commission (LASIEC) which now has just a week to commence election processes or risk flouting enabling laws.

The Fouad Oki faction of the ruling party which is championing the aggressive advocacy, against the alleged plan to impose caretaker leadership on the councils, has vowed judicial intervention if LASIEC deliberately crosses the constitutional deadline.

The government of President Muhammadu Buhari may be struggling to fulfill the various promises it made for the petroleum industry since 2015. 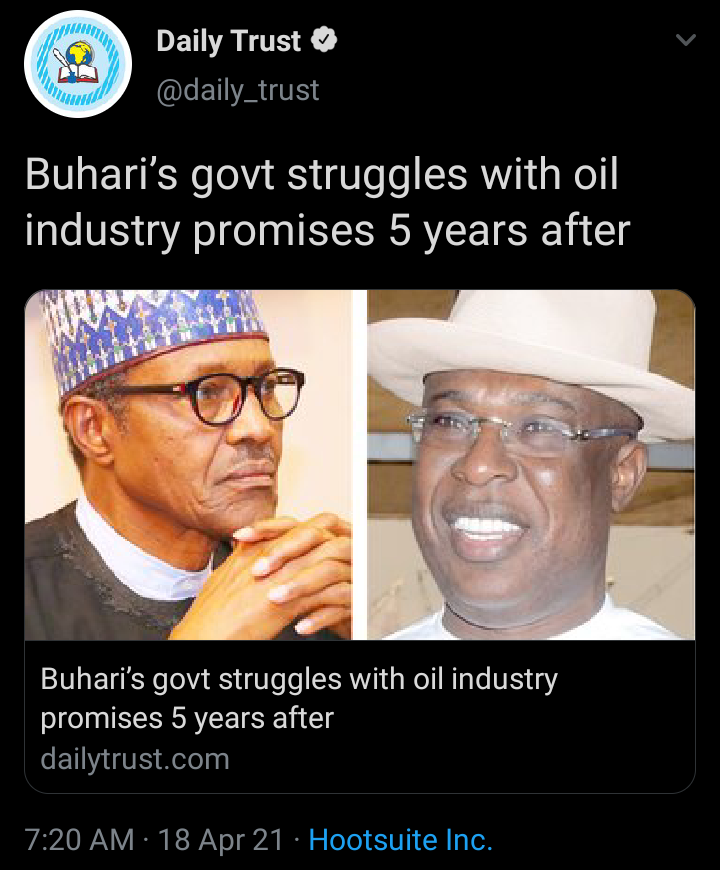 President Buhari won the presidential election under the All Progressives Congress (APC) on March 28 and stayed for another eight weeks until he took over from Goodluck Jonathan on May 29, 2015.

These promises were collated from the APC policy document and manifesto, Buhari’s 100 days covenant, speeches at campaign rallies and town hall meetings nationwide in a runoff to the 2015 election.

Addressing the challenges formed the bedrock of a road map for the industry called the “7 Big Wins” which was launched by the president in October 2016.

The Indigenous Peoples of Biafra, IPOB, has raised the alarm that South East governors in collaboration with Ohanaeze Ndigbo and some “treacherous’ tradinonal rulers, and President Generals of some communities, are compiling names of suspected operatives of the Eastern Security Network, ESN as well as IPOB members and supporters for persecution. 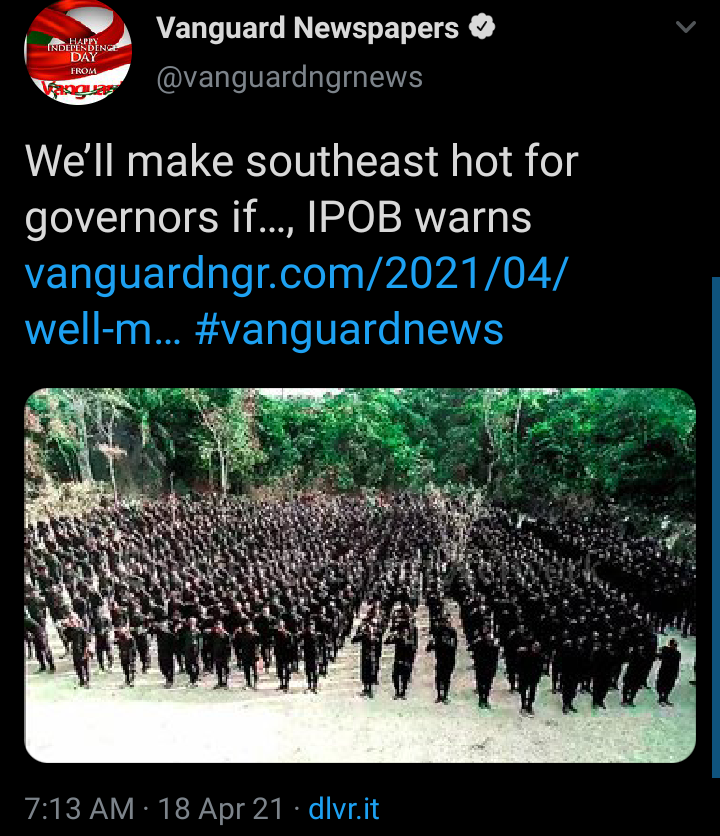 The group stated that if the governors don’t rescind their plan, “IPOB will make the zone too hot for them.”

IPOB in a statement by its Media and Publicity Secretary Emma Powerful, claimed that its intelligence unit uncovered “a secret file” containing the list of the suspected ESN and IPOB members.

The list according to the statement is to be handed over to the security agencies for torture and elimination.

Fiery prophet and senior cleric of Inri Evangelical Spiritual Church with headquarters in Lagos State, Primate Elijah Ayodele, has described Nigeria’s President Muhammadu Buhari as lacking the necessary grit to properly manage the affairs of the nation, saying that the president is surrounded by those who have perpetually held him back from making meaningful policies that would impact the lives of the masses. 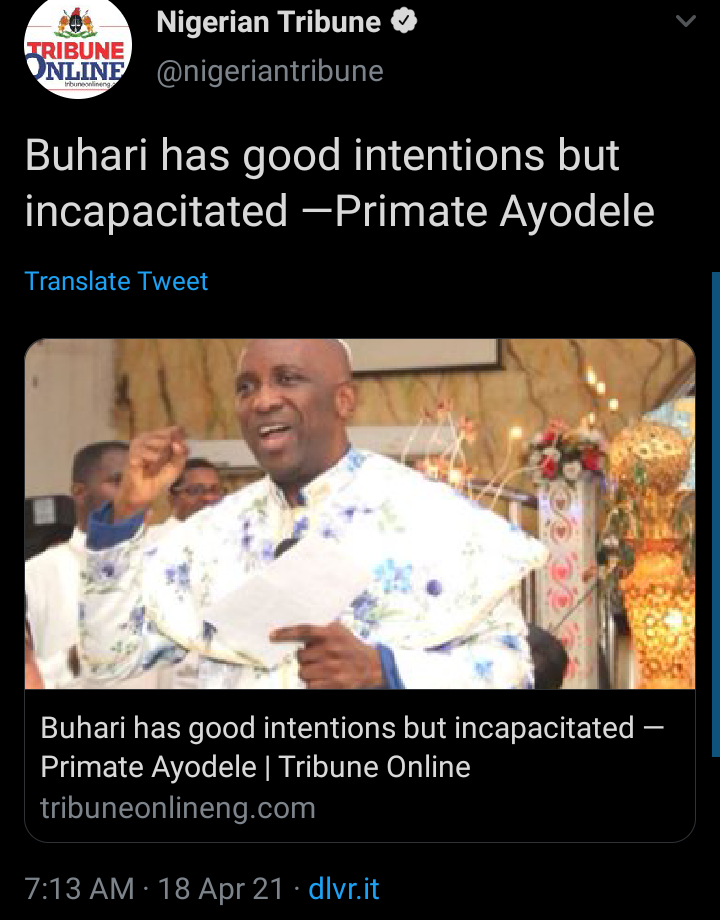 The cleric made this observation in an interaction with Sunday Tribune.

According to him, “President Buhari has good intentions for Nigeria but he is held down by a cabal whose dictates he cannot fight. This is unfortunate but it is truth. This cabal has held him down for a long time and he is performing abysmally. He is incapacitated.

Jonathan to Aliyu: You’re a Pathetic Fellow Who Lies to Remain Relevant

Former President Goodluck Jonathan, last night, described a former governor of Niger State, Dr. Babangida Aliyu, as a despicable fellow, who resorted to lies and half-truths to try to remain politically relevant. Jonathan also called Aliyu a backstabber, in a statement by one of the ex-president’s former aides, Reno Omokri, maintaining regarding Aliyu, “As long as that remains his character trait, he will always be at the back.” 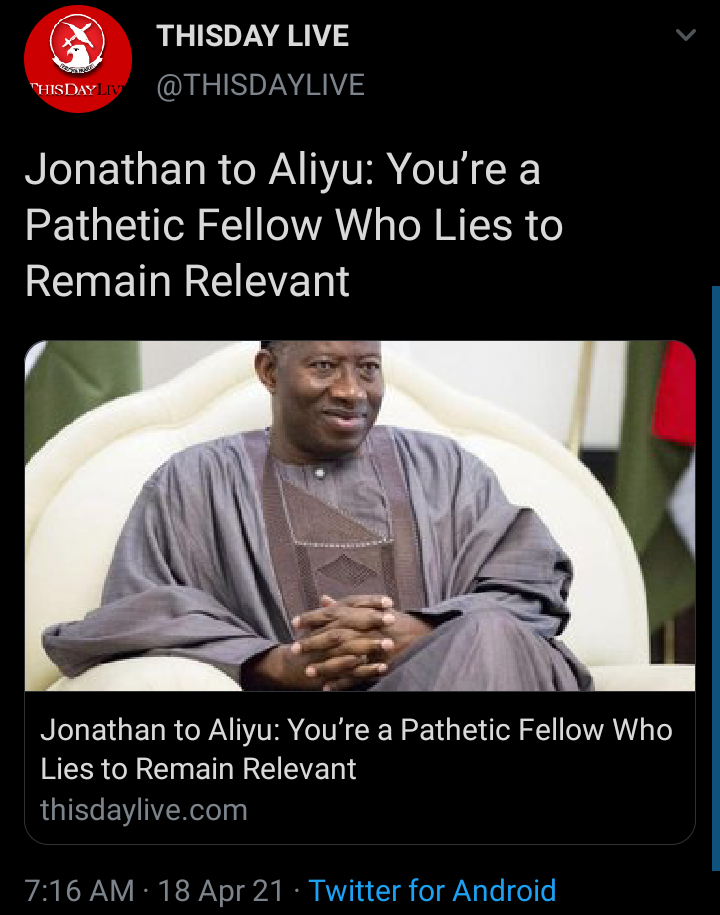 The former president was reacting to claims by Aliyu that the reason Jonathan lost the 2015 election was because all the northern governors resolved not to support him.

But a former governor of Plateau State, Senator Jonah Jang, similarly dismissed as untrue the statement credited to Aliyu that the then 19 northern states’ governors had met, deliberated, and decided not to support the re-election of Jonathan in 2015.

FLASHBACK: We Are All Happy When Unbelievers Are Killed—Minister Pantami

Isa Aliyu Pantami, President Muhammadu Buhari's communications minister, once declared that he was always a happy man hearing of the massacre of those he considered infidels. 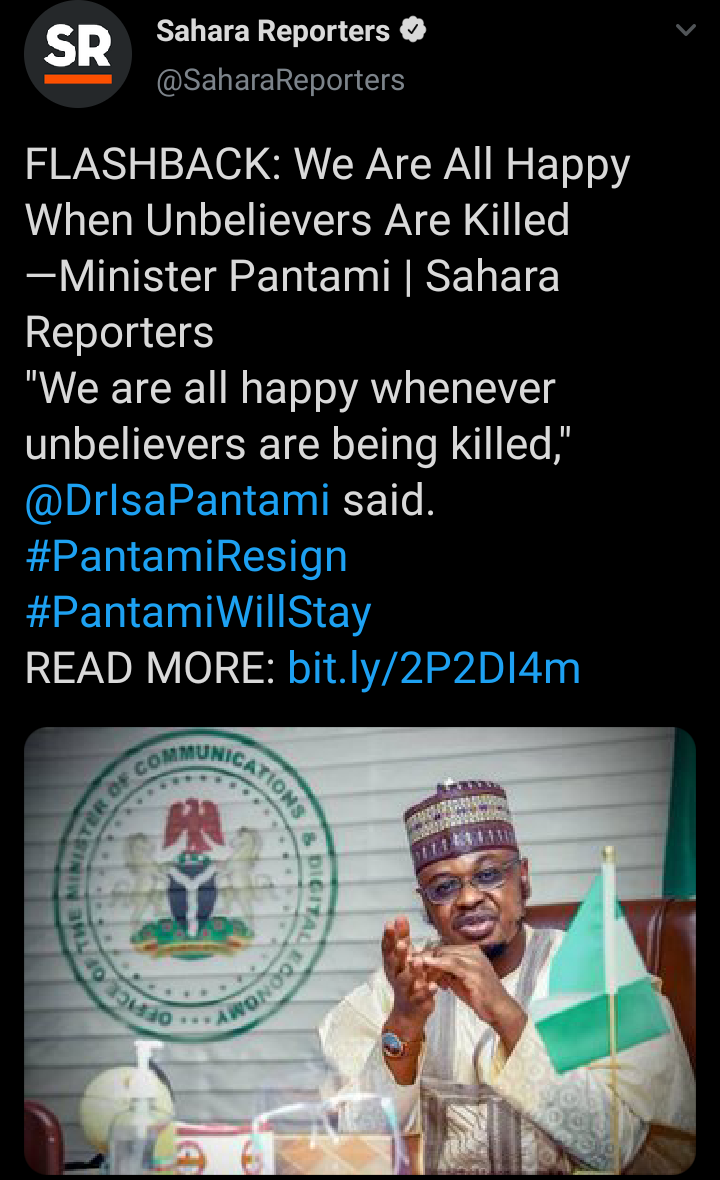 "We are all happy whenever unbelievers are being killed," Pantami said. "But the Sharia does not allow us to kill them without reason."

"Our zeal (hamasa) should not take precedence over our obedience to the sacred law," he added.

Pantami's comments were contained in three audio recordings of his teachings in the 2000s when he took extreme positions in support of the brutal exploits of Al Qaeda and Taliban elements who were on a campaign to obliterate the West and conquer other parts of the world.

He made the remarks while responding to audience questions about his views on Osama Bin Laden during a lecture about the Taliban. Pantami said of Mr Bin Laden, the late Al Qaeda leader responsible for bringing down the World Trade Centre in an attack that claimed over 3,000 lives in 2001: "I still consider him as a better Muslim than myself." 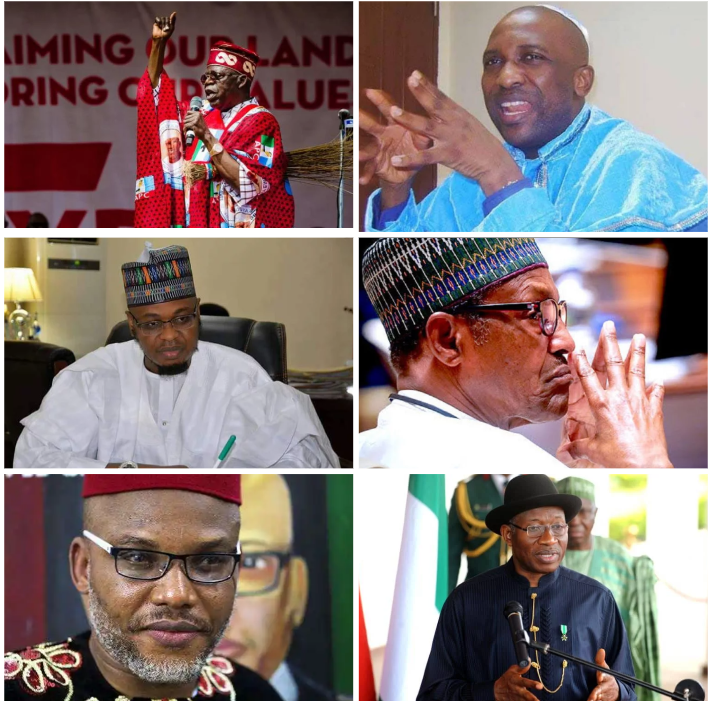