Opinion: How Can This Nigerian Governor Ask People Who Voted Him to Defend Themselves?

By Kreativemind (self media writer) | 1 year ago

Before his election as the executive governor of Benue State, his excellency Governor Samuel Ortom fully knew that herdsmen were killing People in the state. During his campaign Governor Ortom had promised to put a full stop to the killings of people by the herdsmen.

Even after his election as the executive governor of Bayelsa State, the killings by the herdsmen still continued.

In his bid to stop the killing Ortom at the early stage of his administration declared amnesty. Many youths of Benue State came and surrendered their weapons including the late Terwase Agwaza. Even after this amnesty, the killing by herdsmen still continued. The governor even threatened that anyone found with arms after the expiration of amnesty will be severely dealt with. 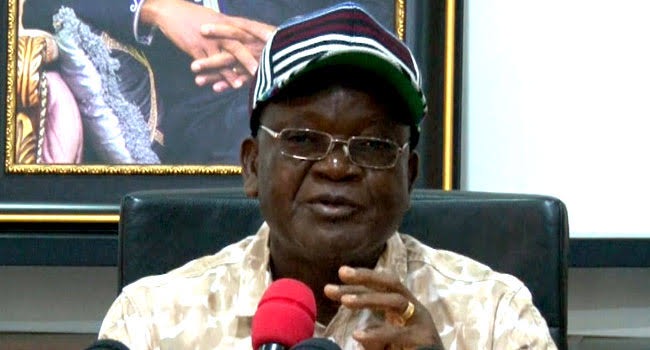 The people of Benue State are indeed unlucky to have a Governor such as Ortom. Imagine a Governor asking his citizens to defend themselves? A job the governor was elected to perform to the people that elected him. This man is really confused.

Content created and supplied by: Kreativemind (via Opera News )