The question of the nationality of the bandits is one that has gotten two major answers from diverse sources. One, as propounded by the controversial cleric, Sheik Gumi, is that the criminals are desperate Nigerian Fulani who resorted to banditry in order to survive. It is for this reason that he has continued to advocate for amnesty for them. Another proponent of this theory is the Minister of Police Affairs, Maigari Dingyadi, who said that the bandits are Nigerians, and those who repent deserve to be reintegrated into the society. Photos credit: Federal Ministry of Information and Culture, The Whistler.

On the other hand, there are people who believe that the deadly bandits are not Nigerians, at least not all of them. Among these are President Muhammadu Buhari and the former Minister of Aviation, Femi Fani Kayode. The presidency had once said that the Fulani herdsmen who carry around Ak-47 rifles and commit atrocities are from other countries that share borders with the North. As for FFK, he has continuously referred to arrested bandits in his tweets as foreigners. This notion was further strengthened by a report some time ago concerning bandits fleeing from Zamfara. It was said that the criminals accidentally stumbled upon a military camp in Niger state, causing the soldiers to shoot them down. The bodies of the slain bandits were said to possess long hairs like women - a testament to their foreign status.

All these claims have now been seemingly confirmed by Governor Samuel Ortom, who not only supported them but alleged the countries responsible for the influx of bandits into Nigeria. According to him, Niger Republic and Mali are the chief sources of some of the criminals currently plaguing the North. He backed up his allegation by adding that the arrested bandits in his state speak French, and not Hausa or Fulfide. He also alleged that they do not even hide their nationalities and the Federal Government is doing little to stop them. 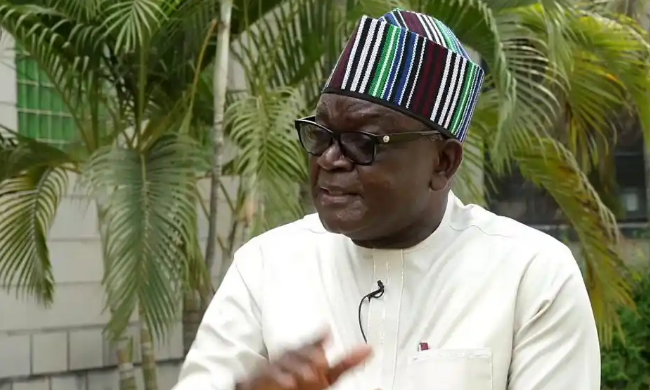 Governor Ortom accused the Federal Government of not showing enough concern for insecurity. He highlighted its failure to adequately secure the country's borders and brand the bandits as terrorists, as was done in the case of IPOB in the Southeast. While condemning the actions of the secessionists, the governor pleaded for equal attention to be put into fighting bandits in the North, saying that they are even more deadly than IPOB. What do you think about Governor Ortom's claim about Niger Republic and Mali being sources of bandits in Nigeria? What can the Federal Government do to stop them? Tell us your opinion in the comments below.