By Guardnet (self media writer) | 1 year ago 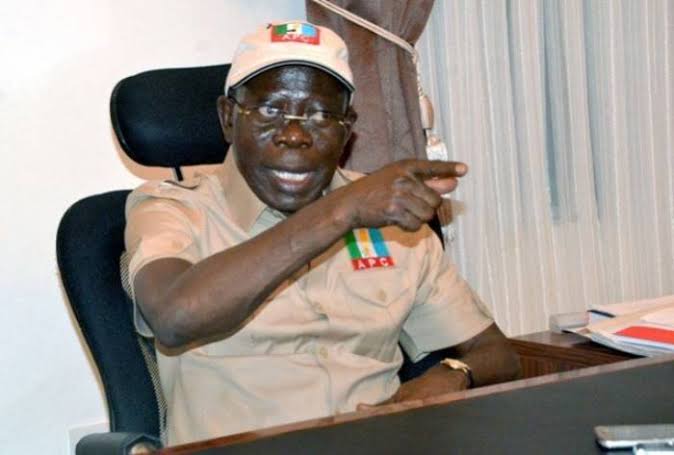 In a new Video, Adams Oshiomole claimed that the executive Governor of Edo state, Godwin Obaseki allegedly imprisoned some indigenes of the State because of his power and capacity as the Governor.

The former Governor of Edo state, Adams Oshiomole while speaking to thousands of people in the kingdom of Benin. He alleged that Obaseki who is verging to rule for second tenure will be dethrone because of the atrocities that he has caused in the land of Edo. Which he allegedly did within the four years he was given to build a Good house but decided to build an ill house which caused a lot of pain and agony in lives of people in Edo state.

He was seen in a video saying that Obaseki in his capacity as governor purportedly sent many people including pregnant women to prison. Just because of argument and made those pregnant women to give birth to their babies while in prison after they could not afford a whooping some of 20,000 naira as a Bailout.

Watch the Video Here to See when he made the statement.

The Story Of Rene Higuita, The Goalkeeper Who Scored 41 Goals & Went To Prison Over Kidnapping Crime

God Is With You, To Help And See You Through Challenges Of Life

What Abdusalami Did To Ensure Obasanjo Emerged President In 1999