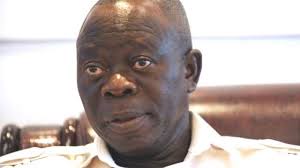 The Former Governor of Edo State, Comrade Adams Oshiomole may be given some Political appointments after the 2023 Presidential Election, If All progressives Congress APC could be able to win forthcoming Presidential Election. It should be recalled that Comrade Oshiomole was removed as National Chairman of the Party and he was replaced by the Governor of Yobe State, Governor Mai Mala Buni. However, With the experience of Oshiomole, he might be given some Political appointments, If APC wins the Forthcoming Presidential election. 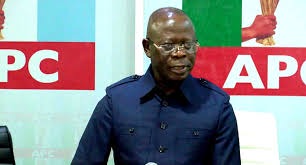 Comrade Oshiomole could not complete his tenure as National Chairman of the Party and he needs to be compensated. One of the Positions that might be used to compensate Oshiomole in 2023, if APC wins 2023 Presidential race is the Minister of Labour. It should be recalled that Oshiomole was the former President of Nigerian Labour Congress, NLC during the regime of the President, Olusegun Obasanjo between 1999 to 2007.

Comrade Oshiomole will use his experience as the former Labour Leader to paddle the affairs of the Ministry creditably well, if given such opportunity. The outstanding Performance of Comrade Adams Oshiomole when he was the Labour Leader, will give him the Opportunity to Perform well as Minister of Labour, if he can be compensated with the Position.

Another Political Appointment that may be used to compensate Oshiomole is Minister for Commerce. Comrade Oshiomole is best fit as Minister of Commerce, if APC could win 2023 Presidential race. Oshiomole was the General secretary of Garment, Textile and Tailoring workers of Nigeria in 1982. He became the President of Nigerian Labour Congress NLC in 1999 and he was able to perform creditably well as the President of NLC.

There is no doubt that, if Oshiomole could be compensated with Minister for Commerce, he will Perform creditably well. It should be recalled that Oshiomole was the Former Governor of Edo State and he performed excellently well as Governor of the State. Therefore, Oshiomole could either be compensated with Minister for Commerce or Labour, because of the experience, he gathered when he was the President of Nigeria Labour Congress NLC and as Governor of Edo State.