By TariqOboh (self media writer) | 13 days ago

Without a doubt, the presidential election of 2023 is rapidly approaching, with numerous leaders around the country reportedly expressing interest in succeeding President Muhammadu Buhari in 2023. In addition, it is recognized that the clamor for an Igbo President has risen in recent years.

In order to pave the path for an Igbo presidency in 2023, prominent persons and organizations are believed to have persuaded political parties to zone their tickets to the Southeast geographical zone.

Meet three politicians from the region who have shown interest in the forthcoming presidential election.

He is known to have shown an interest in running for president in 2023 after joining the Action Democratic Party (ADC). The politician from Anambra is a former Deputy Governor of the Central Bank of Nigeria.

He ran for the position in 2019 under the Young People Party (YPP) platform and lost. Despite the fact that the campaign has not officially begun, Moghalu has started raising awareness on social media. 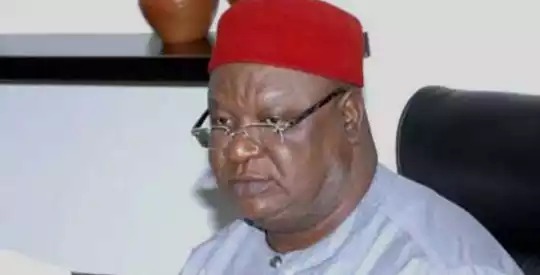 We know that on October 30, 2021, the former Senate president declared his presidential candidacy. And the native of Ebonyi State is one of the most powerful Igbo politicians aspiring to succeed President Muhammadu Buhari.

However, Anyim, a senior member of the Peoples Democratic Party, has stated that he will contest for president in 2023 regardless of whether the party's ticket is zoned to the Southeast or not.

The Chairman of Neimeth Pharmaceuticals has also expressed interest in the presidency, according to reports. And this was confirmed in a press statement issued by the Ohanaeze Ndigbo, in which the group praised Anyim and Ohuabunwa for being brave in expressing their objectives.

Past presidents, including President Muhammadu Buhari, have conferred various honours on the politician and businessman.