By Omniscient (self media writer) | 9 months ago

Ebonyi State Governor, Dave Umahi, has said former Minister of Aviation, Femi Fani-Kayode, played no role in his defection from the Peoples Democratic Party to the All Progressive Congress in November 2o20. 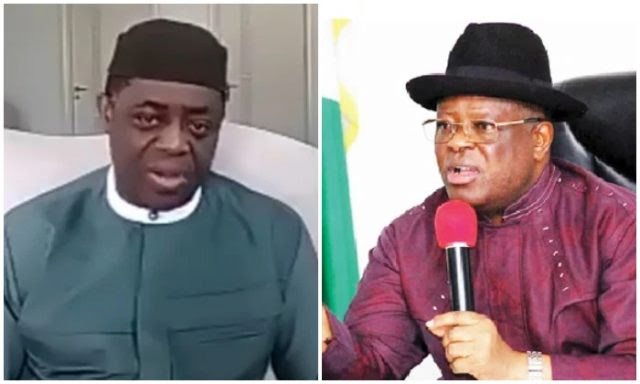 The governor made this known on Friday when he spoke on Channels Television's 'Sunrise Daily' breakfast programme monitored by the Punch.

Umahi described as an insult, claims by Fani-Kayode, that he was instrumental in his defection last year.

The controversial ex Minister Fani-Kayode, who officially defected from PDP to APC on Thursday, had made the statement while speaking to newsmen after he was presented to the President, Major Gen. Muhammadu Buhari(rtd).

Fani-Kayode had hinted at the possibility of the governors of Bauchi, Enugu and Oyo states dumping the PDP and joining him in the APC.

The ex Aviation Minister also claimed that he was very instrumental in the defection of other PDP members to the APC.