By ReligiousCritics (self media writer) | 1 month ago 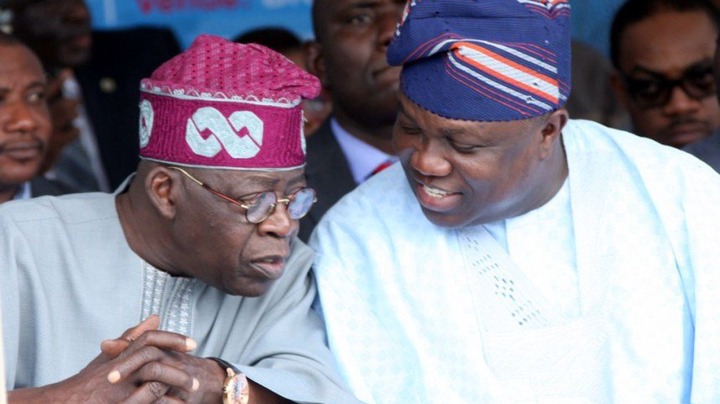 The recently concluded states congress in the All Progressive Congress has revealed that all is not well in the ruling party even in states people feel are strongholds of the party. It is believed that even if there are cracks in other states, APC in Lagos state can never be divided but that was proven wrong in the last state congress.

After the congresses, it was discovered that the APC faction of former governor, Akinwummi Ambode also held a parallel congress and elected Mrs Beatrice Omotayo Tugbobo as the chairman. Shortly after this, rumours had it that the national caretaker committee chairman, Mai Mala Buni backed Ambode’s faction congress, though this wasn’t confirmed to be true.

Before now, many had thought former governor, Akinwummi Ambode has left the political scene until he retuned during the APC validation exercise and now at the states congress. These developments point to the fact there is a foul play going on underneath with the national leader of the party, Bola Ahmed Tinubu’s dominance as the target.

Going down the memory lane, we know how Ambode was denied his second term ticket and how he was seriously battled by those loyal to Asiwaju Bola Ahmed Tinubu and this may just be a way to fight Tinubu back.

In fighting Tinubu back, this may not be a lone war, obviously some forces in the party are using Ambode against Tinubu to reduce his dominance in the party especially in Lagos state.

In order to fight against this, definitely Tinubu needs former governor, Akinwummi Ambode’s loyalty once again. Of a truth, Tinubu brought Ambode to limelight and they both enjoyed a smooth relationship until crisis came up within the party that led to his loss at the primary election. At this moment, there is need for Tinubu to settle differences with Ambode before the issue gets more complicated.

The APC will hold its national convention soon and it’s obvious the national chairman position is going to the north. It’s likely that Ambode’s factor plays out since it seems he has the support of the current national chairman of the caretaker committee, his faction may be used to divide Tinubu’s camp which may end up not favoring the national leader.

2023 is around the corner and it is no news that Tinubu is being projected to clinch the APC Presidential ticket. With Ambode causing a division in Tinubu’s stronghold; Lagos and with the support of the national executives, it may be very difficult to actualize this.

Therefore, it is important that Tinubu draws Ambode closer at this time before it’s too late in order to retain his dominance and guard against crisis in 2023.