(Opinion)The Return Of Oshiomhole; 3 Reasons Why Obaseki and The PDP Should Be Worried 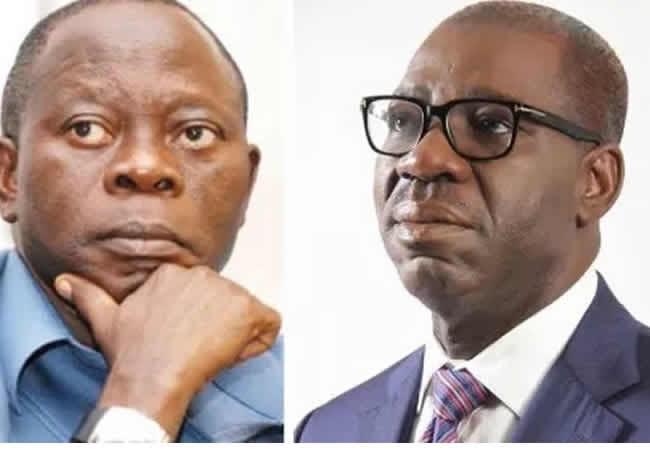 Following the return of Adams Oshiomhole to his home State last Saturday, it seems he has gotten over his removal as chairman of the ruling All Progressive Congress, APC, and he is battle ready to play a major role in leading PST Osagie Ize-Iyamu and the APC to victory in the gubernatorial election slated for September 19th.

While addressing the mammoth crowd that welcomed him to his country home, Iyahmo, Etsako West local government area of Edo State, he said, "We want to return to the government of the people by the people and for the people .

The PDP and Gov. Obaseki should not take the return of Adams Oshiomhole Edo State, the campaign team of PST Osagie Ize-Iyamu and the statements credited to him with a pinch of salt.

Here are possibly 3 Reasons Why Obaseki and The PDP Should Be Worried;

2. The political relevance of Oshiomhole in the APC and home State is at stake in the gubernatorial election. President Buhari and APC party faithfuls and stakeholders may blame him for forcing the exit of Gov Obaseki from the party if PST Osagie Ize-Iyamu did not emerge victorious. Is political relevance in his home State will be definitely dented if Gov. Obaseki is emerges victorious, as such, victory for PST Osagie Ize-Iyamu and the APC is a must for Oshiomhole.

3. There is no doubt that is feud with Gov. Obaseki led to his removal as the national chairman of the ruling APC, the gubernatorial election slated for September 19th will be the final political battle between him and his successor and once political godson, Gov. Obaseki.

The PDP and Gov. Obaseki should definitely be worried because the return of Adams Oshiomhole is a storm in the tea cup in the forthcoming election.

Oshiomhole is back to regain his political pride and relevance and bounce back to political relevance.

Is time, for Gov. Obaseki and the PDP to up their games. Obaseki should sell his manifesto and achievements in the last 4yrs to Edolites and set aside the campaign of calumny and name calling.

The gubernatorial election slated for September 19th will be very interesting and may not be void of electoral frauds and intrigues because of what is at stake.