The South-East Governors and traditional rulers on Tuesday condemned the proscribed Indigenous People of Biafra over the every Monday sit-at-home order that has had crippling effects on socio-economic activities of the zone. 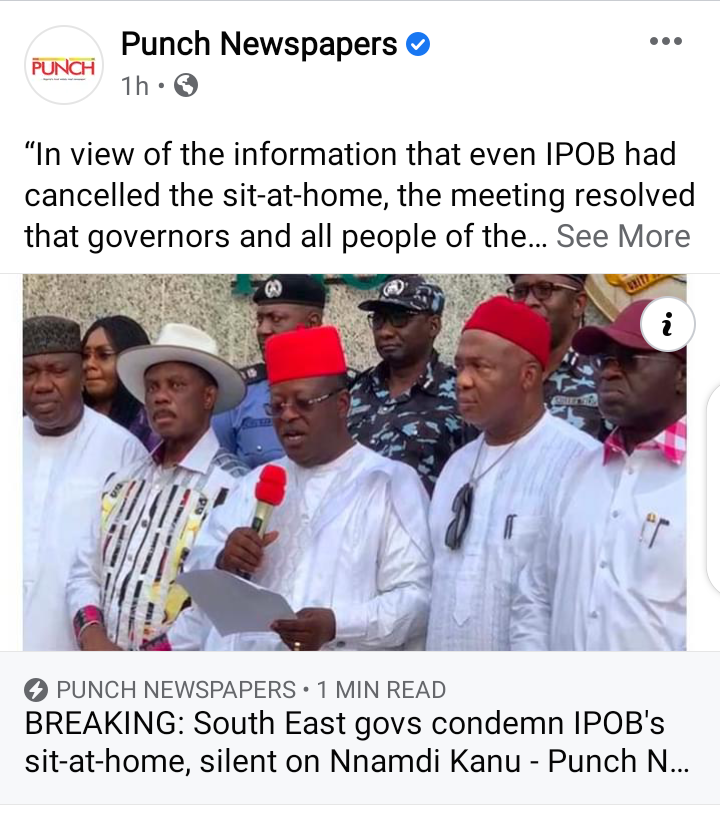 The governors rose in a meeting with some selected leaders at the Government House, Enugu, and declared that such order can no longer be sustained, more so when those who issued the order were outside the country.

This was as the governors refused to discuss the incarceration of the IPOB leader, Nnamdi Kanu, in their eight-point communique.

The chairman of the South-East Governors’ Forum and Governor of Ebonyi State, David Umahi, who read the resolutions of the leaders, said, “The South-East condemned the killings in the region and have agreed to join hands with security agencies to stop the killings.

There is tension in Awka, Anambra State after gunmen killed three persons in the capital city.

Two persons were gunned down opposite first market at Ifite while one person was killed behind Chukwuemeka Odumegwu Ojukwu Teaching Hospital, Amaku in Awka South local government area. 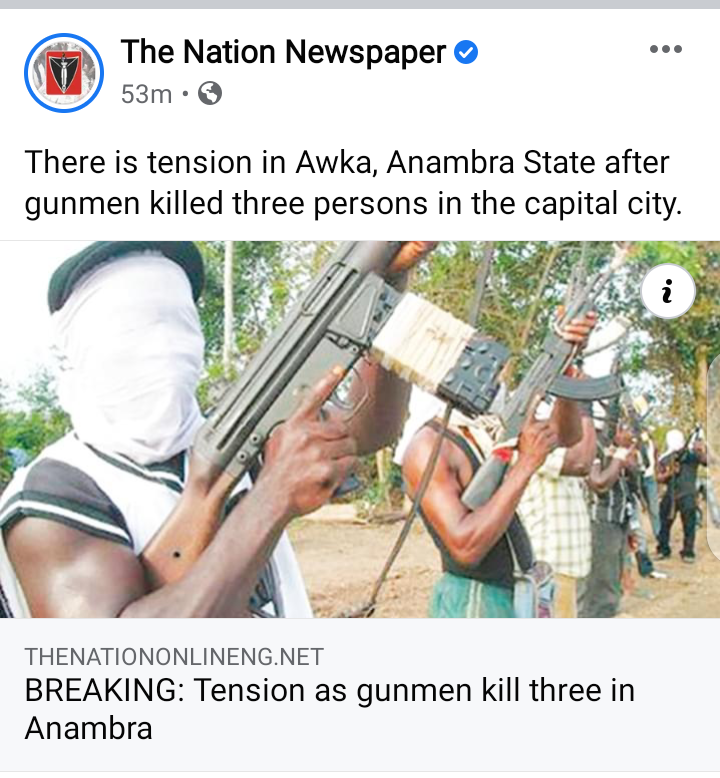 An eyewitness, who spoke with The Nation, said the two incidents happened between 4.15-4.30pm on Tuesday

As a result of the development, panic enveloped residents of Awka, who had not witnessed such killings in recent time.

In a bid to address the protracted Apapa gridlock in Lagos State, the Senate has directed its the Committee on Marine Transport to investigate the implementation of the e-call up system and allegations of extortion by port officials and report back on the way forward. 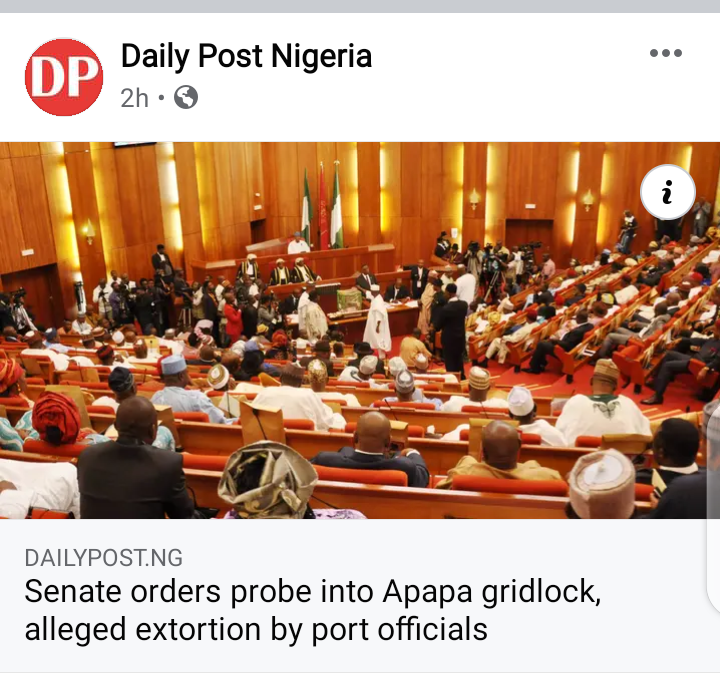 The upper legislative chamber on Tuesday in Abuja also urged the federal government to collaborate with the Lagos State government and other critical stakeholders to evacuate all petrol tankers and heavy duty vehicles along the Apapa Ports access road as well as ensuring that tank farms are relocated to other areas.

Similarly, it advised the Federal Ministry of Works to commence the reconstruction and repairs all access roads to seaports, namely Apapa Creek road, Apapa Oshodi Expressway, and Tincan Island while urging the private terminal operators to explore water transport as an option in the movement of containers.

The Economic and Financial Crimes Commission said it had probed pension frauds to the tune of N157 billion. 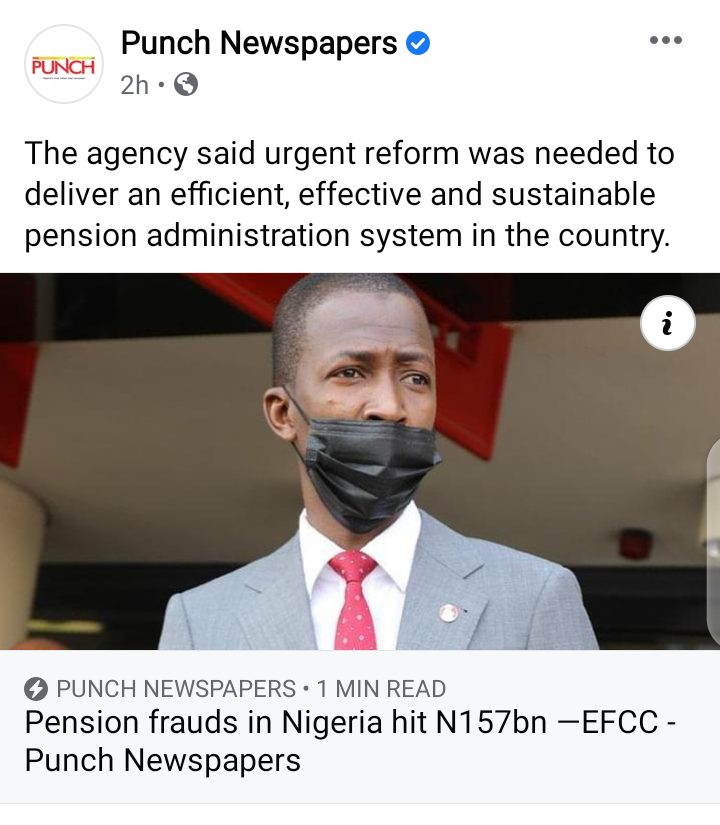 The agency said urgent reform was needed to deliver an efficient, effective and sustainable pension administration system in the country.

The Director of Operations EFCC, Adulkarim Chukkol, disclosed this at a two-day sensitisation programme on the theme: ‘Eradication of Pension Fraud in Nigeria,’ in Abuja on Tuesday.