3 Powerful Things Fmr. President Goodluck Jonathan Did That Will Always Make The Igbos Stand By Him 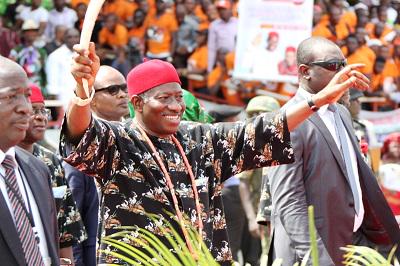 The administration of former President Goodluck Jonathan was the most criticized of all other administrations, but in all of these the Igbos have always identified with his administration and personality and will not stop any time soon.

There were certain things that former President Goodluck Jonathan did for the Igbos that was too big a thing to do back then, and this endeared the Igbos to his person.

I am going to write on two things that he did, which is also among the reasons the Igbos will always love Former President Goodluck Jonathan.

1. Appointment Of General Ihejirika As The Chief Of Army Staff 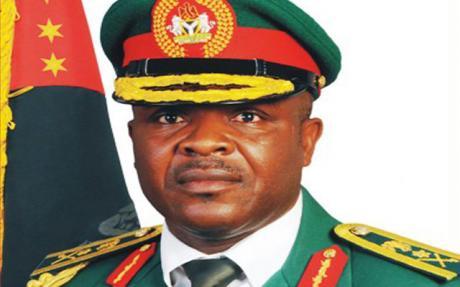 For many years after the Civil War, no Igbo was given the opportunity to man the top Office of the Nigerian Army. Whether it was due to a conspiracy or not one doesn't know.

It was when Former President Goodluck Jonathan entered into office that he appointed an Igbo Man in the person of General Ihejirika into the office of the Chief of Army Staff.

His coming ignited a kind of solidarity for the Jonathan government, no one saw it coming. The Igbos had been forsaken with that kind of position for a long time, and it was a miracle and a thing of joy that Dr. Goodluck Ebele Jonathan had remembered and found Favour in them.

2. The Commencement Of The Construction of the Second Niger Bridge 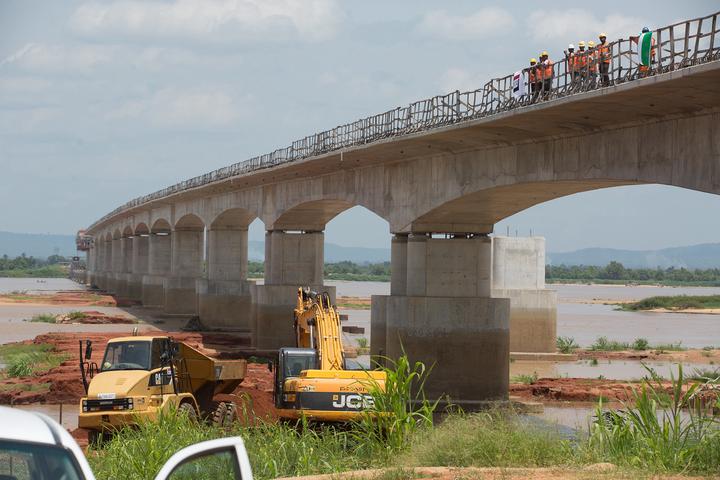 For many years too the southeastern part of the country was only accessible through the First Niger Bridge, which was constructed over 50 years ago.

Many Profesionals argued that a second bridge be constructed which would alleviate the stress which the first bridge was made to go through on a daily basis.

Many government used it for campaign, they campaigned that they were going to stat u p the project immediately the Igbos help them get into office, but they never did.

The Second Niger Bridge aoat became a political wish project, it almost did, of not for the will of the Dr. Goodluck Ebele Jonathan. He made a blueprint for the project, hired one of the best construction companies in the world to oversee the project and released the first part of funds so the project could kick off.

Former President Goodluck Ebele Jonathan commenced the construction of the Second Niger Bridge before his defeat in the 2015 General Polls.

This also ignited another round of support and solidarity for his person from the Igbo people, they were glad such a person could remember the Igbos that greatly.

3. The Honouring of The Late Dim Odumegwu Ojukwu With A State Burial 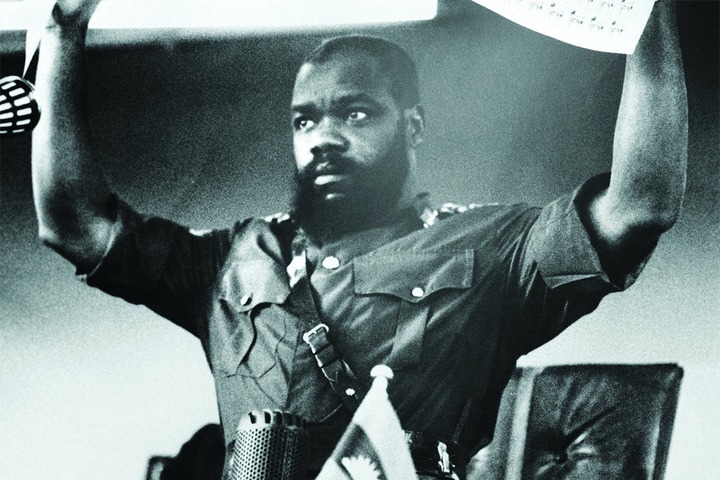 There had been a Coup which saw to the end of several leaders all over Nigeria, leaders like Sir Ahmadu Bello, Sir Tafawa Balewa and others. The Coup was alleged to be a one sided coup, owning to the fact that plotters of the coup were mostly Igbos led by Major Kaduna Nzeogwu, and there was no single Igbo casualty after the coup.

This ignited a strange kind of hate among the Northern people for the Igbos, they planned their own coup, one that would oust out the the Igbo General, Aguiyi Ironsi who was at the helm of affairs in the country

The Army officers of the Northern region carried out a counter coup which killed General Aguiyi Ironsi and his friend in the Army, Fajuyi.

After the coup, the Army failed to quell the insurrection that always comes after a forceful change of government.

Trouble started when the North effected a program against the Igbos, thousands of Igbos were being killed and the federal milltary government was doing little to nothing in stopping the unrest.

This prompted the then Eastern region governor Lt. Col. Odumegwu Ojukwu to call on all the Igbos residing in the different regions in Nigeria to come back to their home region. Later on he called for a congress, and people that have a say in the Eastern region came together to decide the course of their future.

During the congress it was decided that since the Northern region have shown that they were not interested in one Nigeria, then the Eastern region should pull out together with it's people.

Ojukwu was given the mandate to secede from Nigeria, which he did via a live broadcast to the world. The New Nation would now be known as Biafra.

After the declaration, the Nigerian government declared a war over the new Nation and swore to reunite the seceded region with the rest of the country. 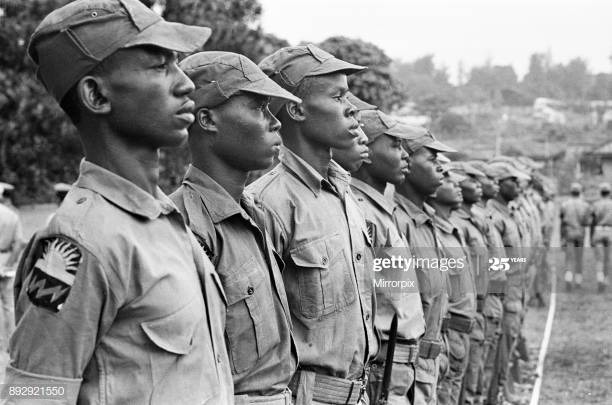 For over three years the Biafran/Nigerian war was fought, and the resiliency of the Biafran side finally broke, the general, Odumegwu Ojukwu went on an exile to Ivory Coast and handed over power to his second in Command Philip Effiong who surrendered to the Nigerian troops.

Years later he returned to Nigeria and began a political career, but had little success in it.

On the 26th of November 2011, Odumegwu Ojukwu died in the United Kingdom after a brief illness, he was aged 78.

The Nigerian Army under the Presidency of Dr. Goodluck Ebele Jonathan accorded him the highest military honour and conducted a funeral parade for him in Abuja, Nigeria, the day his body was flown back from London to Nigeria before he was buried on the 2nd of March 2012. 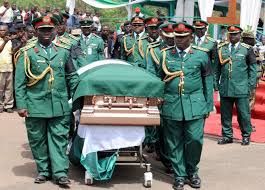 He was buried in a Mausoleum in his compound at Nnewi. Before his burial he was honored with a weeklong funeral ceremony in Nigeria, whereby his body was carried around the five southeastern states in Nigeria, which was Abia, Anambra, Ebonyi, Enugu, and Imo States, including Abuja.

Memorial services were held all over Nigeria, including Lagos and Niger State, which happened to be where he was born, and also one was held in Dallas, Texas, United States.

His Funeral was attended by the then President Goodluck Jonathan, and other foreign dignitaries like the ex President of Ghana Jerry Rawlings. 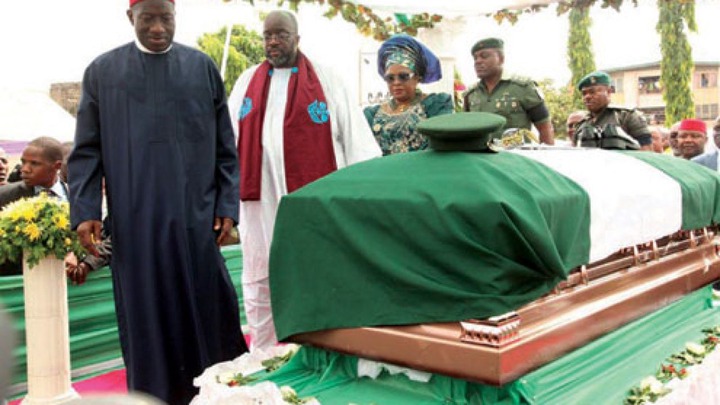 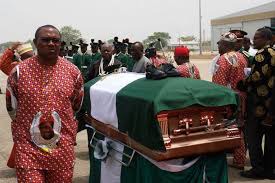 The above reasons are why the Igbos will continue to Love Former President Goodluck Jonathan, and will never think of betraying him for another.