By Ambless_blog (self media writer) | 8 months ago 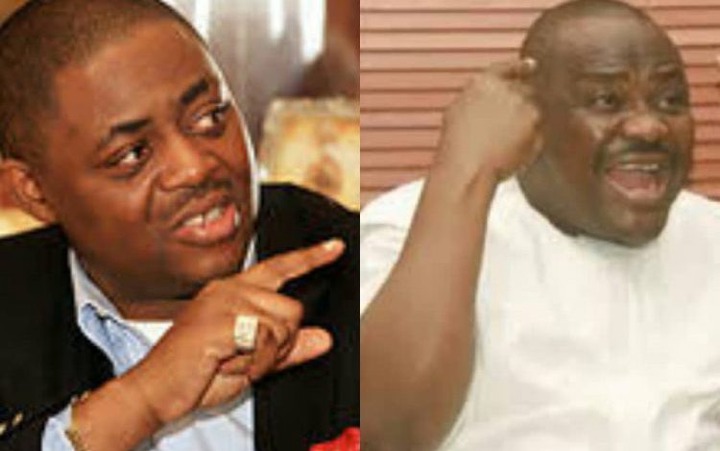 The former Minister of Aviation, Femi Fani-Kayode, has slammed the governor of Rivers State, Nyesom Wike.

Fani-Kayode said in an interview that all the governors and lawmakers that left the party, left because of Wike, adding that if former President Jonathan was to leave the PDP, it would be for people like Wike.

Governor Wike had in an interview (3) three weeks ago, denied ever being friends with Femi Fani-Kayode.

Reacting to Fani-Kayode’s move from the Peoples Democratic Party (PDP) to the All Progressive Congress (APC), Governor Wike had said he is no friends with Fani-Kayode. He also added that the former minister of Aviation was not useful for PDP before.

Governor also said in the interview: “I don’t know why people are saying they are shocked, you see it’s not everybody that speaks you take seriously.

Some people speak because of what they want to eat, others speak to save them from problems they have if they can be saved." Governor Wike said.

He also added that "I and Femi are not friends, he said one of the governors he reached is Rivers State, he can’t reach me, it can’t work, I don’t like artificial things. I and Femi don’t talk."

The Rivers State Governor noted that the former minister hails from Osun and questioned what he won in Osun State.

Femi Fani-Kayode reacting angrily to Governor Wike’s statement in an interview described Governor Wike as a melomaniac who lacks integrity.

The former Minister of Aviation said: “He talks about integrity, which integrity does he have? I have been in the PDP since 2001 while he was still in the creeks."

The former Minister of Aviation also added: "when did he come into the PDP? I was a minister 14 years ago. I was with a former PDP president for four years in the villa when the whole world was against us and I am very proud to serve that government. We have been in this game before 2001 and right before then, I was doing so many things. Where was this man? He was still in the creeks at that time.

“When he eventually came out. He was made a minister by President Goodluck Jonathan, he managed to crawl around and eventually got the nomination to be the governor of Rivers State. Since that time, what has he done for the PDP that was built over the years by people far older, far better than him?

Femi Fani-Kayode also added: “He came into the PDP and behave like a tyrant, like Hitler. Every key player that has left the PDP over the last couple of years left because of him; because of megalomania, because of his indecency, his lack of restraint, and harsh words on anyone who does not agree with him.

“He is the reason why three governors, many senators, and the house of representatives members left the PDP. If Jonathan would have to leave PDP, it is for people like Wike.” Femi Fani-Kayode also added.