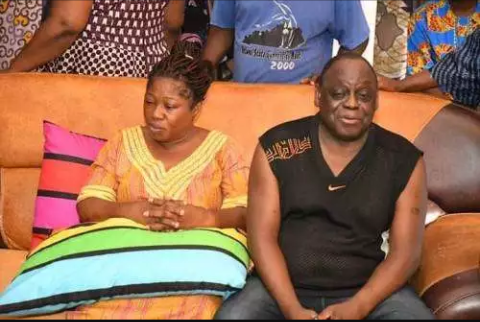 Following the statement by Tolulope Arotile's father, Tunde Arotile, Nigerians and well wishers took to social media to sympathize with him and his family, and also aired their views on the death of the Nigeria's first ever female combat helicopter pilot.

In his statement, Tunde Arotile recounted how smart and intelligent Tolulope was as a child and how she dreamt of flying an aircraft when she grows up. “One day, when she was very small, she pointed to one small aircraft packed on the field and said one day she was going to fly that aircraft, and I said Amen", he said. He added that he thank God that his daughter was able to achieve her dreams a baby before her death.

He added that Tolulope was with her elder sister in Kaduna the last time he heard from her. According to him, Tolulope told him on phone around 1pm the day she died that she was going to make some photocopies, and he told her to ensure that she returned to the house where she was on time.

He said, “She told me that she will later go out to make some photocopies and I told her not to be long and to return home on time because she was staying with my first daughter in Kaduna".

“Around 5:30pm, somebody called me and asked if I had called her and I said yes. The person told me to call her again which I did, but there was no response. So, I called her colleagues and they were all crying on phone. I asked what happened, they were just crying". 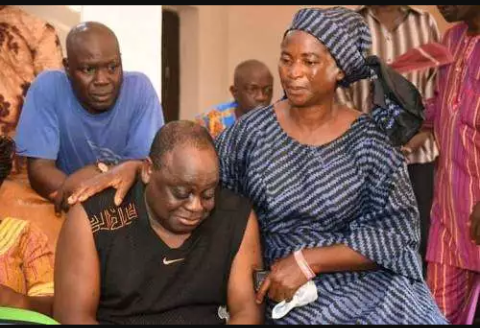 Some Nigerians on social media, however, reacted, following his statements that it seems there is a hand in Tolulope's death, and should be thoroughly investigated. 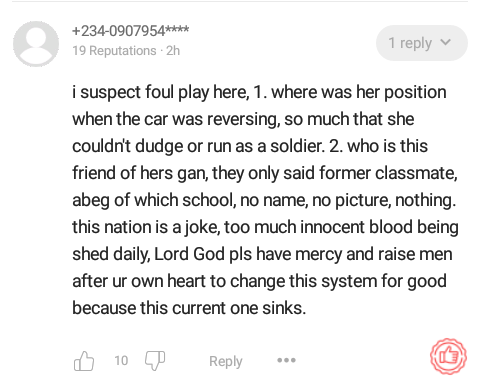 Many others, however, extended their honest condolences with the deceased father and other members of her family.

Some feels that personnel of the Nigeria Armed Forces are not protected enough when compared with military personnel of other countries such as the US. Content created and supplied by: Geetee04 (via Opera News )