Kalu Apologise to Buhari and have peace

By chillPills (self media writer) | 3 years ago 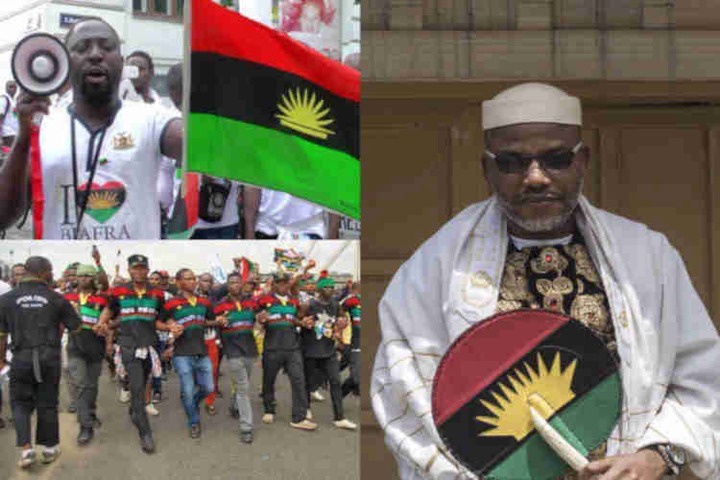 Leader of the proscribed Indigenous People Of Biafra (IPOB), Nnamdi Kanu has bee asked to tender an apology to President Muhammadu Buhari by The Igbo Youth Assembly (IYA) for frequent abuses rained on his him and his administration in general.

The group also urged Nigerian to give their full support to the present administration on its homegrown economy, food security among other policies.

A statement was conveyed by the Publicity Secretary, Prince Asobi Onyemike to newsmen on the occasion of President Buhari’s 77th birthday in which they said “ Kanu must apologies to the president for peace to reign” signed by the President-General and Secretary-General of the assembly respectively.

“such act of rudeness and irresponsibleness of Nnamdi Kanu should not be passed to the younger generation because it contradicts the customs, traditions and cultural values of the Igbo people”.

Also, they declared that such traits should not be in any way associated with the younger and vibrant generation as it contradicts the customs and norms of the Igbo’s in general.

“As such, with immediate effect, IYA Worldwide mandates Kanu to apologies to the President and have peace at Afara-Ukwu Abia state”.

More so, IYA also stated that Buhari’s administration has brought about various transformation in infrastructural development and road constructions nationwide such as Airport re-construction across the country, the Second Niger bridge, Enugu- Port Harcourt Express Way and the fight against corruption and insurgency in the country to mention a few of good His administration has brought.

Content created and supplied by: chillPills (via Opera News )