By Realgist01 (self media writer) | 9 months ago

Southern Nigeria Frontier, a socio-political organisation, has called on former Head of State Gen Ibrahim Babangida (retd.) to apologize to Nigerians for the annulment of the June 12, 1993 presidential elections rather than try to rewrite history.

Babangida's "iniquities are well kept," according to the SNF, and the former Head of State should not believe Nigerians have short memories.

These were mentioned in a statement signed by the southern group's spokesman, Olufemi Lawson, and obtained by SaharaReporters on Friday. 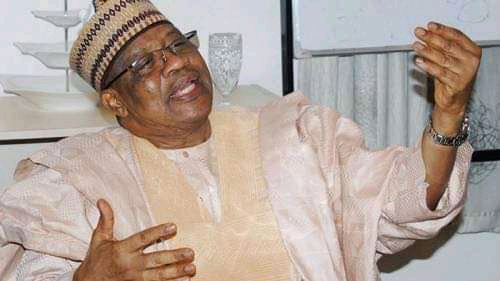 Earlier today, Babangida during an interview with AriseTV had claimed that he annulled the 1993 election in order to avert a coup and to prevent violence in the country – an election which was won by renowned philanthropist and politician, Chief MKO Abiola.

The NSF said, “Our reaction is pertinent to dismiss Babangida's reason for the annulment of the June 12 Presidential election, for the sake of posterity and unsuspecting Nigerians, particularly the younger generation, who IBB is out to manipulate, with his incorrect historical claim.

“It is very disturbing that, despite the fact that local and international stakeholders have recognized Chief MKO Abiola as the winner of the election, which was adjudged to be the freest and fairest in our history, General Babangida continues to believe his lies from the past, that the annulment of the election was to avoid violence and a bloody coup in the country.

“We emphasize that if there was any violence in the aftermath of the June 12, 1993 Presidential election, it must have been engineered by the evil genius himself, not by any right-thinking group of Nigerians, including the Nigerian military, whom Babangida is blackmailing with his old age.

“The SNF desires to make it plain to General Babangida that, despite his efforts to misrepresent the history of the June 12 Presidential election, his regime's decision to nullify the election would remain his nemesis for the rest of his life.

“We must inform General Babangida that our people's memory is not as short as he believes, since his wrongdoings have been carefully kept.

“We will not stop asking why Babangida annulled Bashorun M.K.O Abiola's June elections and the subsequent crises that claimed the lives of Chief Abiola and his wife Kudirat, Pa Alfred Rewane, and hundreds of protesters mowed down on the streets of Lagos and other cities until a genuine answer is given.

“General Babangida must apologize and appease the enraged Nigerians whose mandate he snuffed out with the annulment of the June 12 Presidential election.”