By Gistamebo (self media writer) | 7 months ago

Three Senators, including a principal officer, elected on the platform of Peoples Democratic Party, on Wednesday, notified the Senate of their decision to join the ruling All Progressives Congress.

The lawmakers made their decision to dump PDP for APC known in separate letters read on the floor of the Red Chamber by Senate President Ahmad Lawan, during plenary. 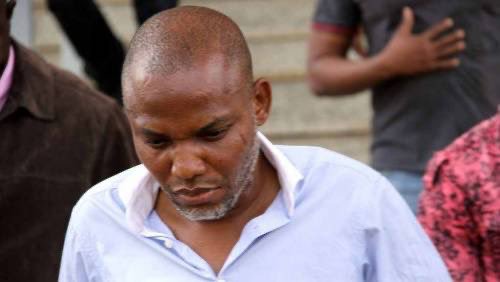 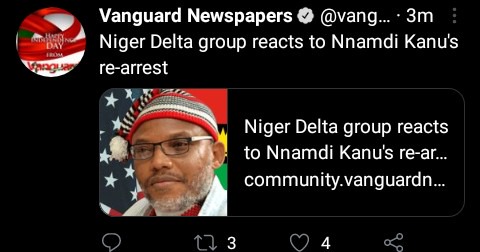 The Niger Delta Congress, NDC, has received the news of the arrest of leader of the proscribed Indigenous People of Biafra (IPOB), Nnamdi Kanu with mixed feeling.

Recall that the IPOB leader, Kanu who had fled while facing charges bordering on treasonable felony, was arrested and reportedly extradited to Nigeria.

Reacting, NDC in a communique signed Wednesday, by its Acting Spokesperson, Barr Ovunda Eni, said Nnamdi Kanu has right to fair hearing, and the right to self-determination.

Sunday Igboho, has noted that he does not have the power to fight the FG or a local government Chairman.

Igboho in a video where he was addressing followers reiterated that the planned Yoruba Nation rally will come up in Lagos on July 3.

He further stated that nobody had challenged the planned rally in Lagos, adding that “whoever will not allow us to come to Lagos should do a video”.

Mr Ewesor stated this at a seminar organised by the Bureau of Public Service Reforms (BPSR) in Abuja on Tuesday.

He maintained that the agency would continue to deliver on its set goal to guarantee safety of lives and property in the electricity supply industry within the country.

Content created and supplied by: Gistamebo (via Opera News )