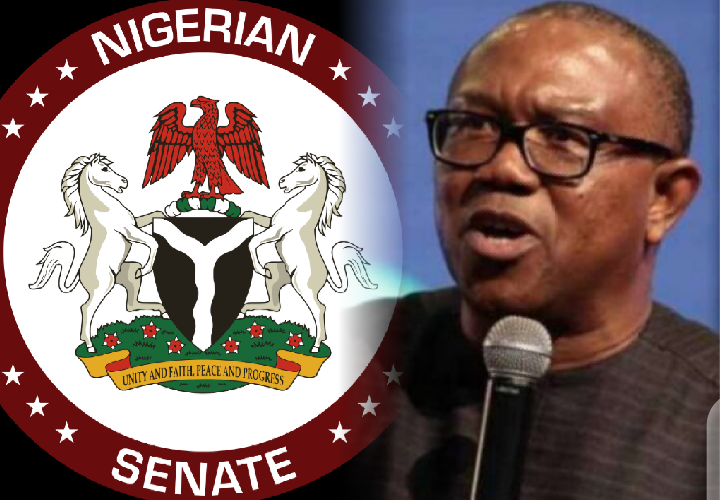 The Chairman of the Senate Committee on Appropriations, Senator Barau Jibrin, disclosed this while briefing newsmen shortly after a meeting of Standing Committees’ chairmen. 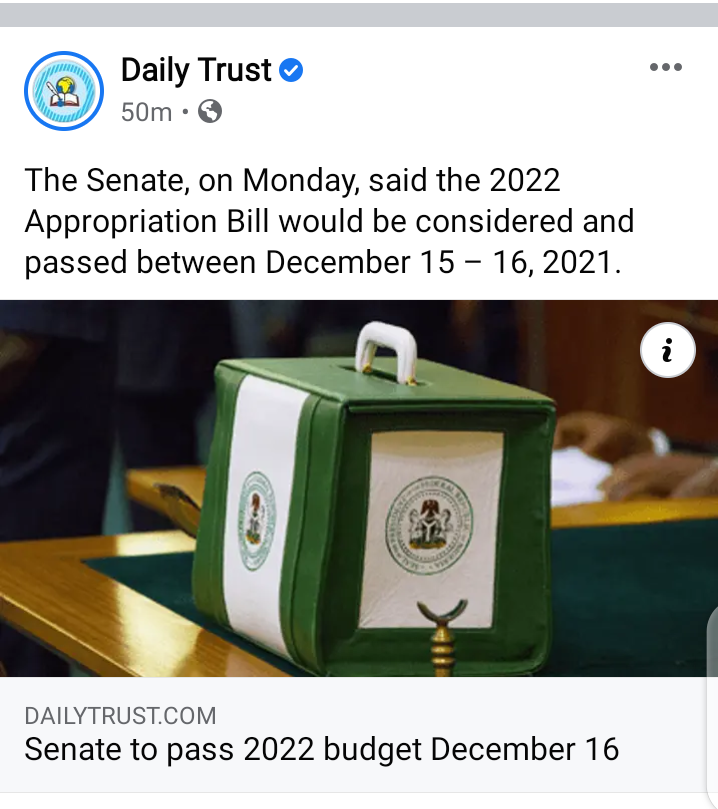 The lawmaker said the budget hearings and engagements with ministries, departments and agencies by Appropriation sub-committees would hold between October 18 till November 5.

He said the standing committees have November 24 to submit their report to the Appropriations Committee for collation.

Former governor of Anambra State, Mr. Peter Obi, has denied reacting to the invitation to him by the Economic and Financial Crimes Commission, EFCC, as being circulated on different media platforms. 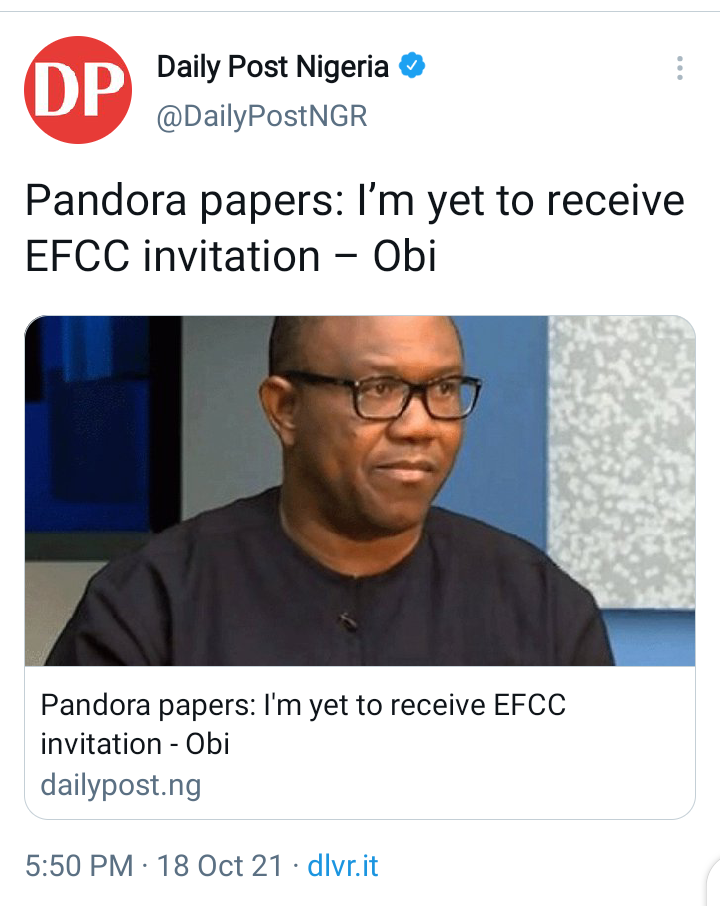 Obi said he was yet to receive any invitation letter from the anti-graft commission, rather, he only read letters circulating on the internet, just like everyone else.

Obi in a statement signed by his media aide, Barr Valentine Obienyem, said a reaction which quoted Obi as requesting the EFCC to make their investigations public, among other remarks did not emanate from the former vice presidential candidate.

Gov. Babagana Zulum of Borno has declared zero tolerance for activities of political thugs, popularly known as “Ecomog” in Maiduguri and environs. 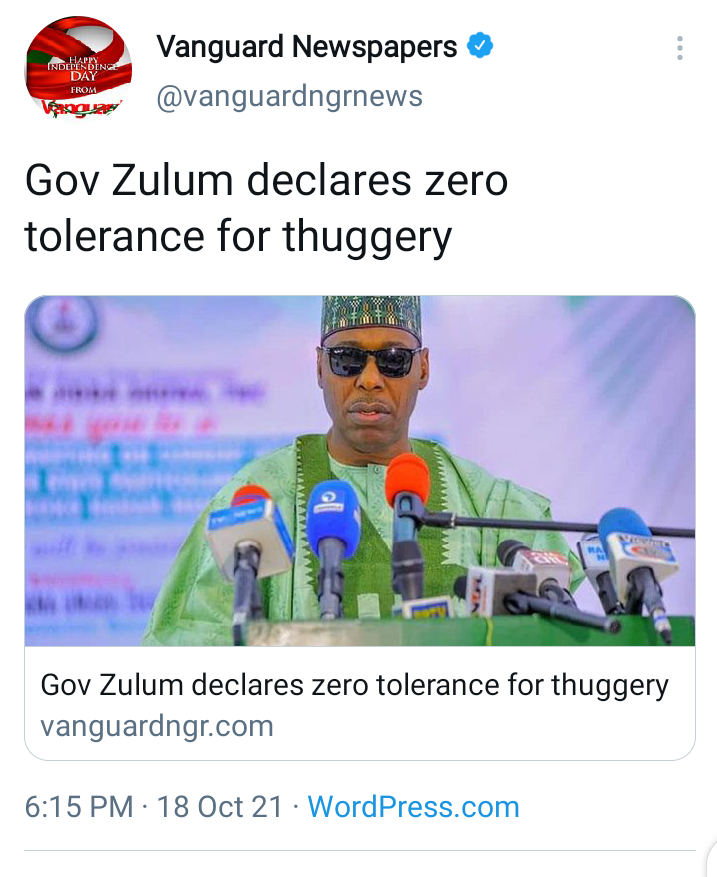 The News Agency of Nigeria (NAN) reports that Zulum made declaration on Monday in Maiduguri during a meeting with some representatives of the thugs summoned to Government House.

Zulum said his administration would not continue to tolerate the nuisance the thugs have continued to constitute in gatherings, including funeral, marriage and naming ceremonies.

The Anglican Bishop of Ihiala Diocese, Rt. Rev Israel Okoye has described the raging controversy over open grazing of cattle in Nigeria as an unfortunate distraction from the country’s fundamental issues, insisting that nobody is fighting the Fulani, but that people were complaining the use of cattle to destroy farmlands. 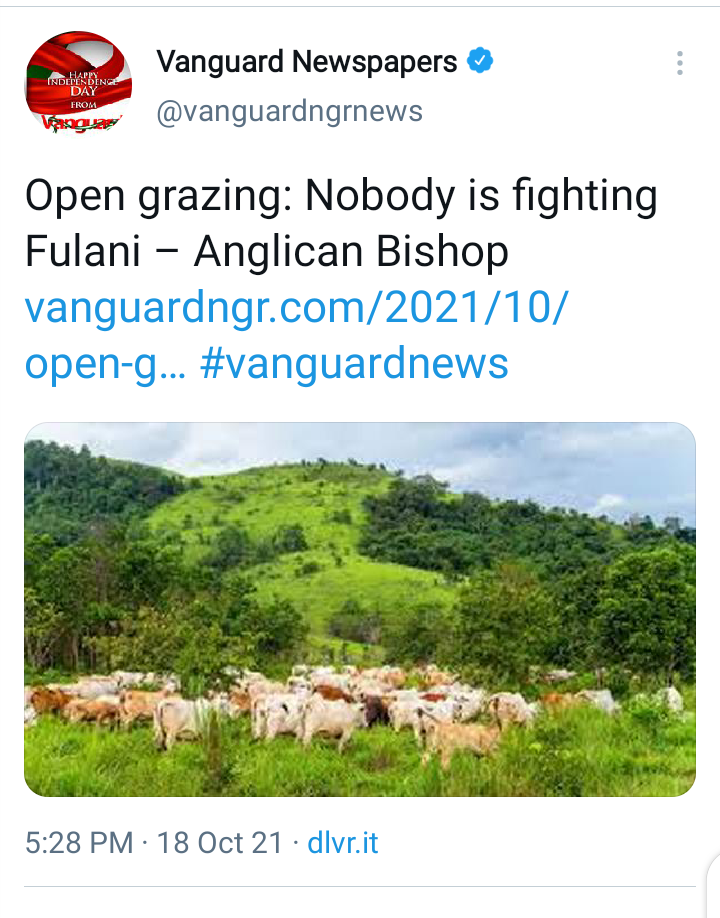 Delivering his presidential address at the 2nd session of the 4th synod of the Diocese at St. Stephen’s Church, Ihiala, the cleric observed that the fundamental problem characterizing some of the views canvassed in the controversial discussions on cattle rearing and grazing in Nigeria is the assumption that the 1999 constitution confers on cattle the right of movement along Nigerian roads and in communities.

According to him, it is unfortunate that cattle breeders and herders go about with the impression that the only way to guarantee peace in the country is to allow them to traverse any part of the country with their cattle.