By Victor6ix (self meida writer) | 4 days 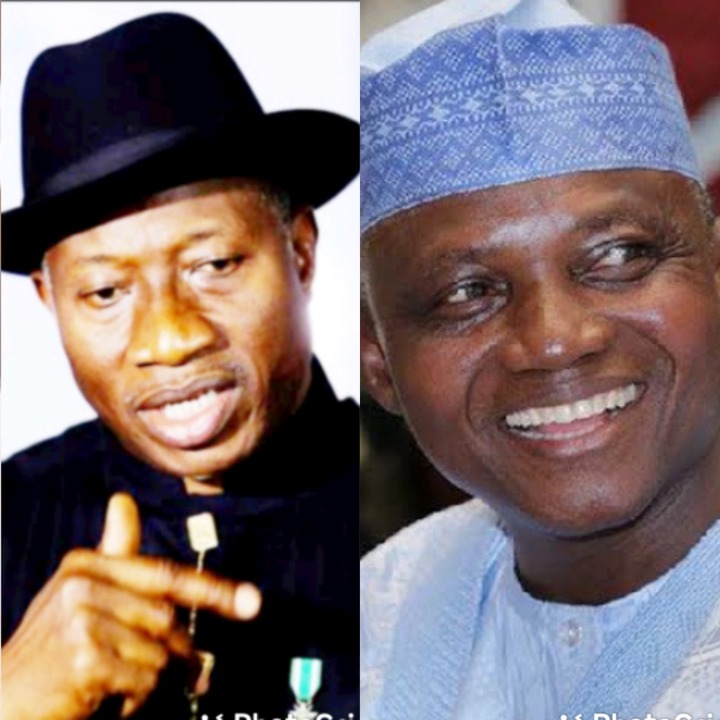 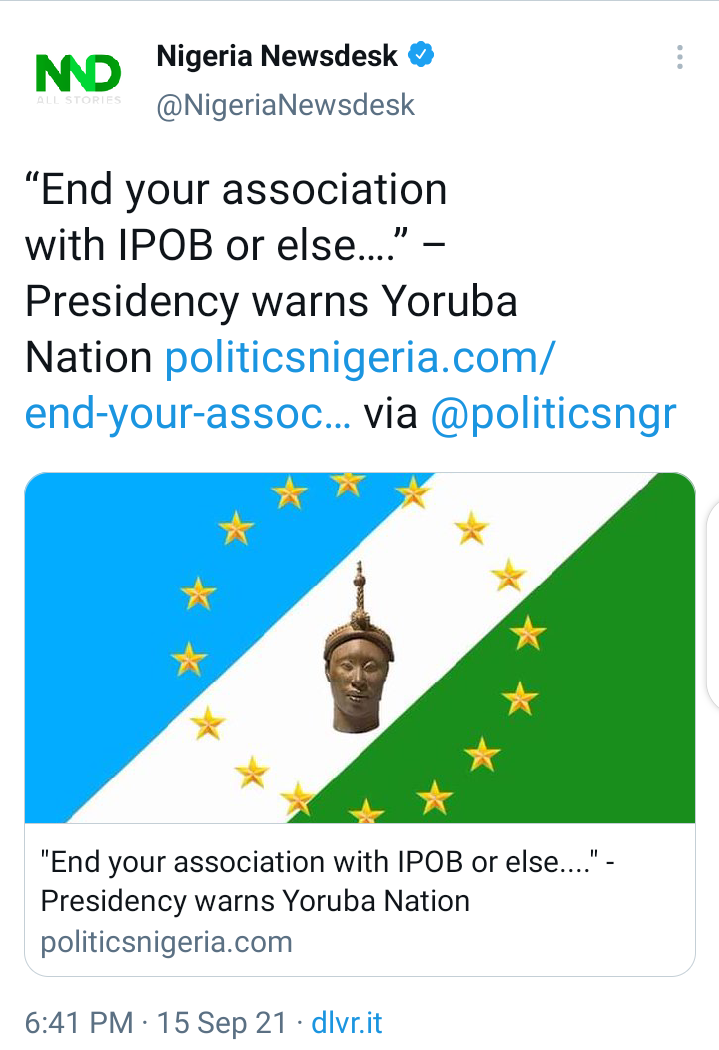 Nigeria’s Presidency has issued a stern warning to Yoruba Nation pro-secession groups that they should seize all collaborations with the proscribed Indigenous People of Biafra, IPOB.

In a statement made available to POLITICS NIGERIA on Wednesday evening, signed by Presidential media aide, Garba Shehu, the presidency pointed out that IPOB was a ‘designated terrorist group’ that kills innocent civilians.

It was, however shocking, to see “Yoruba Nation” advocates yesterday unequivocally throw their lot in with Indigenous People of Biafra (IPOB).

“For Nigerian diaspora groups to use the world’s largest platform – the United Nations General Assembly – to garner attention to their causes is not unexpected. IPOB is a designated terrorist organisation. It has now publicly revealed a 50,000 strong paramilitary organisation.”

“It regularly murders security services and innocent civilians, with a significant uptick of violent attacks this year. And it is currently attempting to hold Nigerian states hostage with orders to stay at home under threat of terror.”

Jonathan Speaks On Defecting From PDP 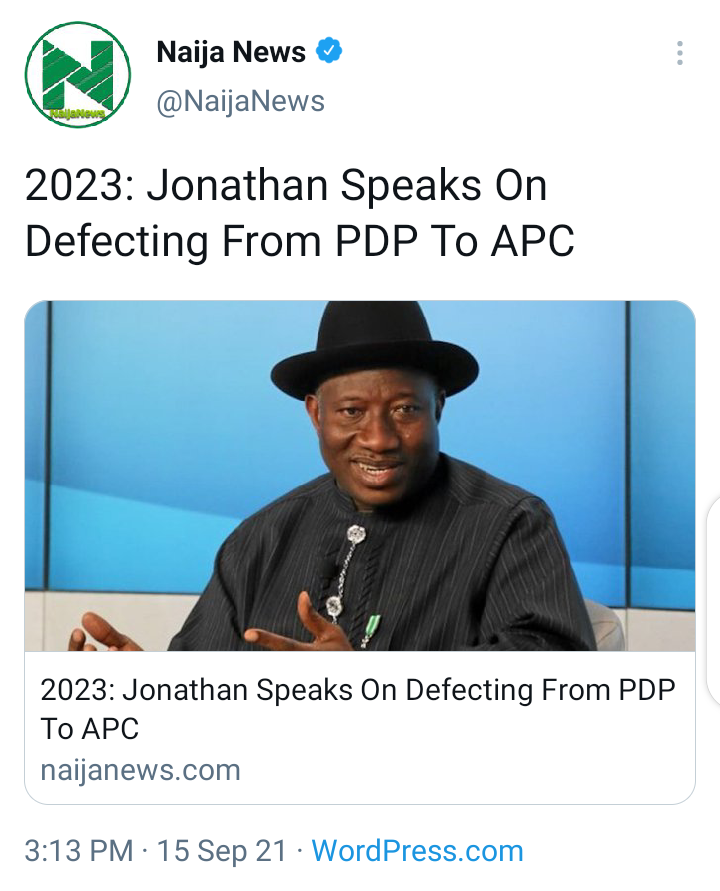 Former President of Nigeria, Goodluck Jonathan has denied rumours of defecting from the Peoples Democratic Party (PDP) to the ruling All Progressives Congress (APC).

The Jonathan camp made the fresh denial on Wednesday after rumours emerged again that the Bayelsa born politician has dumped the PDP for APC.

Severally, there have been rumours that Jonathan will dump the PDP for APC and contest the 2023 presidential election on the platform of the ruling party.

On Wednesday, the rumour mill went into overdrive that he has finally joined the APC, sparking anxiety from various quarters.

But when contacted for a reaction, the former president’s spokesperson, Ikechukwu Eze said there is no truth in the defection rumours.

He added that his principal is very busy with other activities and should he decide to defect, it will be communicated through appropriate channels, and not the rumour mill. 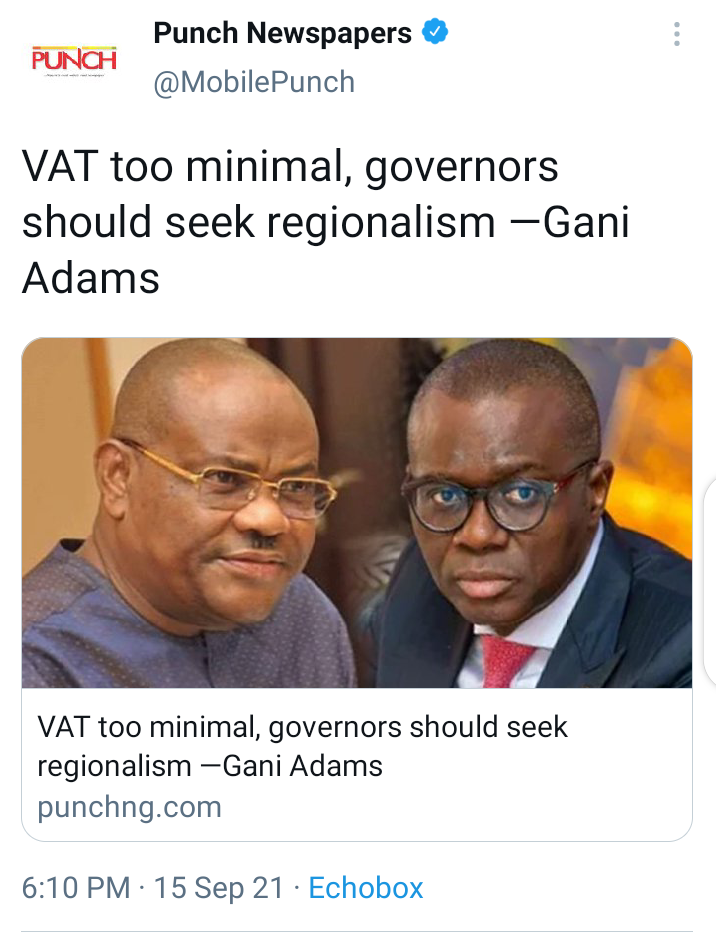 Aareonakakanfo of Yorubaland, Gani Adams, on Wednesday, urged the 36 state governors in the country to demand regionalism and not just agitate for the collection of Value Added Tax as some of them are currently pursuing.

Adams spoke on Wednesday as a guest on PUNCH Online interview programme, The Roundtable.

According to him, the pursuit for the collection of VAT by subnationals is minimal to what they would control if they pursue total federalism and regionalism.

VAT is a consumption tax paid when goods are purchased and services are rendered. It is charged at a rate of 7.5 per cent.

The PUNCH had earlier reported that the Rivers State Government took the Federal Inland Revenue Service to court and won the rights to VAT collection within its territory.

Governor Nyesom Wike subsequently signed the state’s VAT bill into law last month after it was passed by the Rivers State House of Assembly.

Following the path of Rivers, Lagos State Governor, Babajide Sanwo-Olu, last Friday, signed the State VAT Bill into law a day after it was passed by the Lagos State House of Assembly.

One Thing Every Landlord Should Do Before Increasing A Tenant's Rent.