By ForeRoma (self media writer) | 2 years ago

The new law promulgated in China is meant to promote national security in the Chinese state. However, the law has received several reactions and interpretations from both indigenes and foreigners living in the country. Some implications of the law includes:

Hong Kong has been known as the city of protest. Since protests could hamper national security, the new law would clamp down any of such practice especially when protesters collide with foreign or national forces. People often take to the social media to express and publicize their opinion concerning issues. The new law turns its search lights to this direction. Students on campus must watch their opinions and protesting is a no or wary affair. The media has also got to watch what she says and how she criticises the government if she must do so because it could hamper national security. The law states that foreigners could be expelled if they threaten national security. Foreign media, NGO's and other foreign residents are placed under watch by the new law.

4. Freedom of Expression is Limited

The law could be abused by security personnel's implementation. Knowing the limits of what could be termed unhealthy and threatening is not clearly defined by the new law. Also, people could no longer express themselves the way they wish as their opinions could threaten national security. 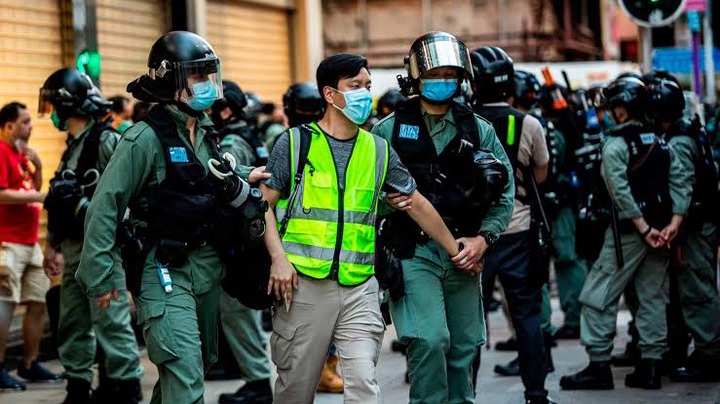 According to Amnesty International, the new law is dangerously vague and broad and anything could be considered a threat to national security in China. Secret hearing is possible and trial could be suspended. Thus, one could be tried without exhausting the available evidences.

Human right of expression, of movement, of speech, of peaceful protest among other rights are truncated. Also, the law seems to apply to any one in the world if such a person's actions and activities threatens China's security. Don't you think that this law should be abolished or reviewed?

Tell us what your position is in the comments section below.

Content created and supplied by: ForeRoma (via Opera News )