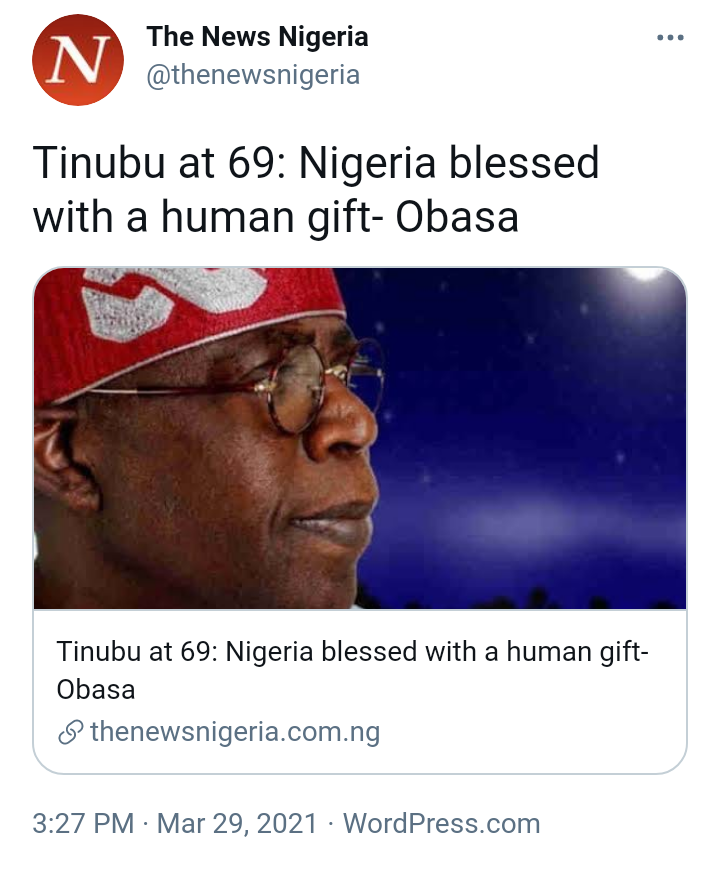 The national leader of the ruling All Progressives Congress (APC), Asiwaju Bola Ahmed Tinubu, is one of the blessings God has endowed Nigeria with, the Speaker of the Lagos State House of Assembly, Rt. Hon. (Dr) Mudashiru Obasa, said on Monday.

Obasa made the declaration in a congratulatory message to Tinubu who just clocked 69.

“In you, Nigeria has a human gift from God and I dare say that your potentials are yet to be fully harnessed by our great country", Obasa said. 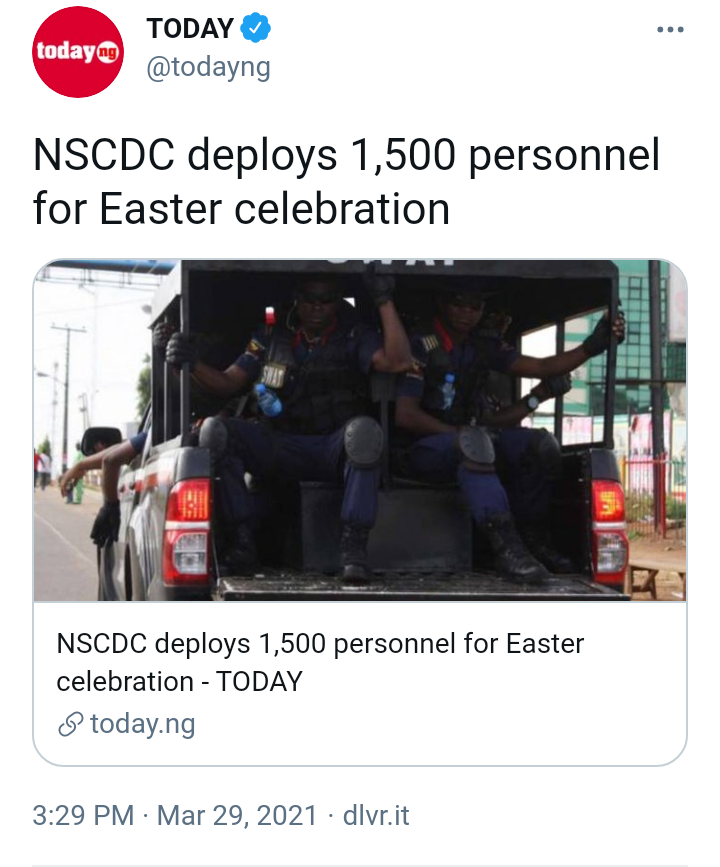 The Nigerian Security and Civil Defence Corps Command in Edo says it has deployed 1,500 personnel to ensure a peaceful and secured Easter celebration in the state.

The Commandant of the Corps in Edo, Mr George Edem, gave the assurance at a news conference in Benin on Monday.

Edem assured the residents that adequate security measures had been put in place to ensure a hitch-free celebration in the state.

The commandant also said that the corps would be collaborating with other sister security agencies to ensure a peaceful Easter celebration across the state. 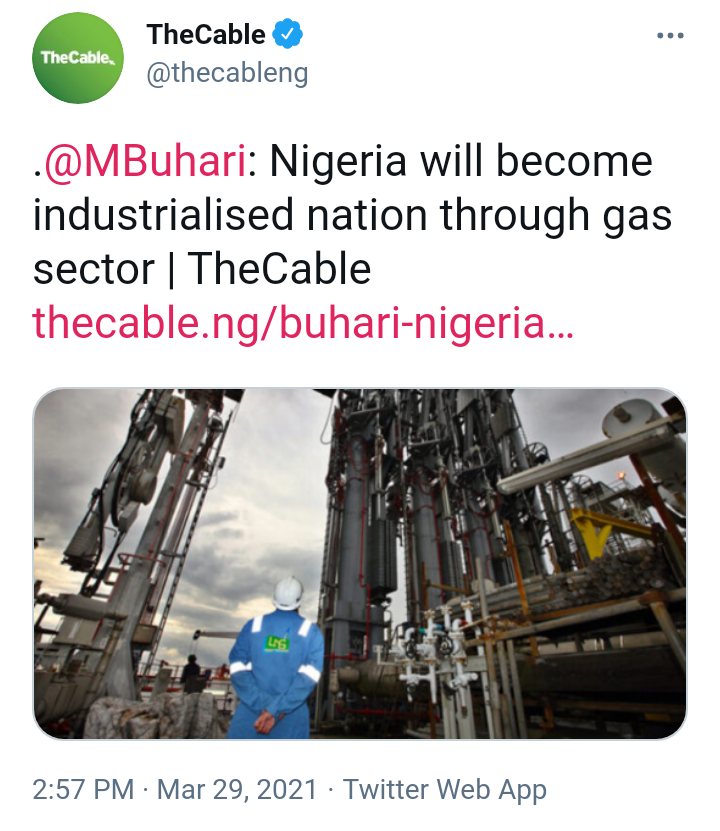 President Muhammadu Buhari says his administration will transform Nigeria into an industrialised nation through the gas sector.

He spoke on Monday at the pre-summit conference of the Nigeria International Petroleum Summit (NIPS) and the official launch of the ‘Decade of Gas in Nigeria’.

Buhari said the declaration of the decade of gas will set the tone for the development of the industry in the next ten years.

The president said with the country’s potential of about 600 trillion cubic feet of gas, the commodity has the potential to diversify Nigeria’s economy. 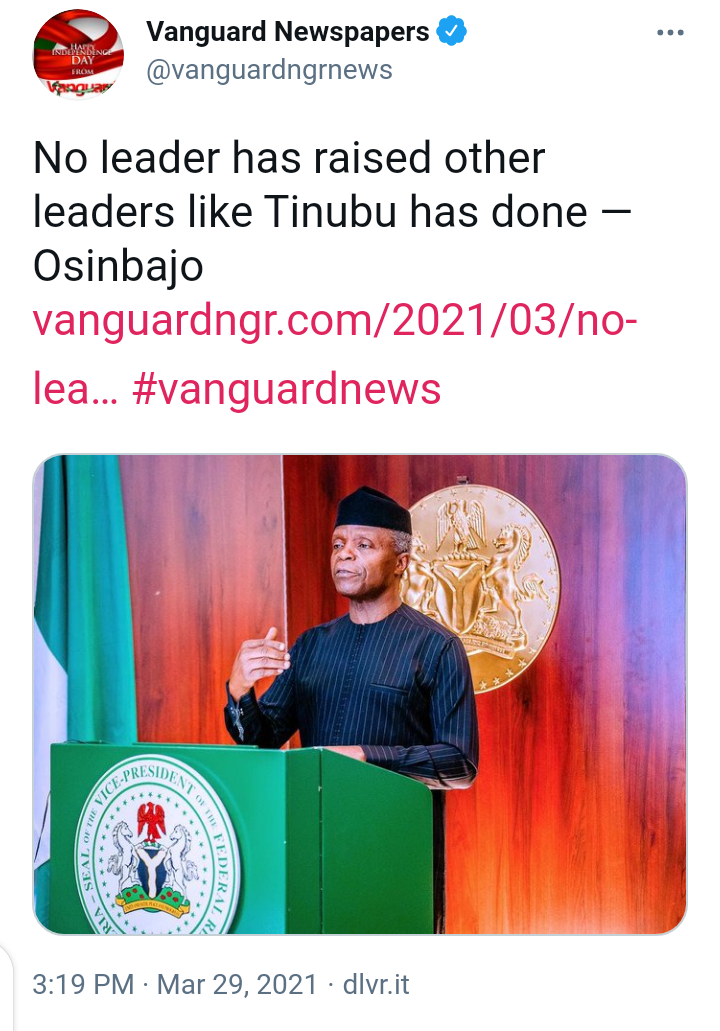 Yemi Osinbajo has said the National Leader of the All Progressives Congress, Asiwaju Bola Tinubu, has become an institution in Nigeria due to his peculiar and distinguished leadership style.

Osinbajo spoke virtually on Monday at the 12th colloquium to celebrate the 69th birthday of Tinubu.

Osinbajo, while delivering his speech virtually, said there has been no Nigerian leader that has been instrumental in raising other leaders as Asiwaju Tinubu has done in the last few decades. 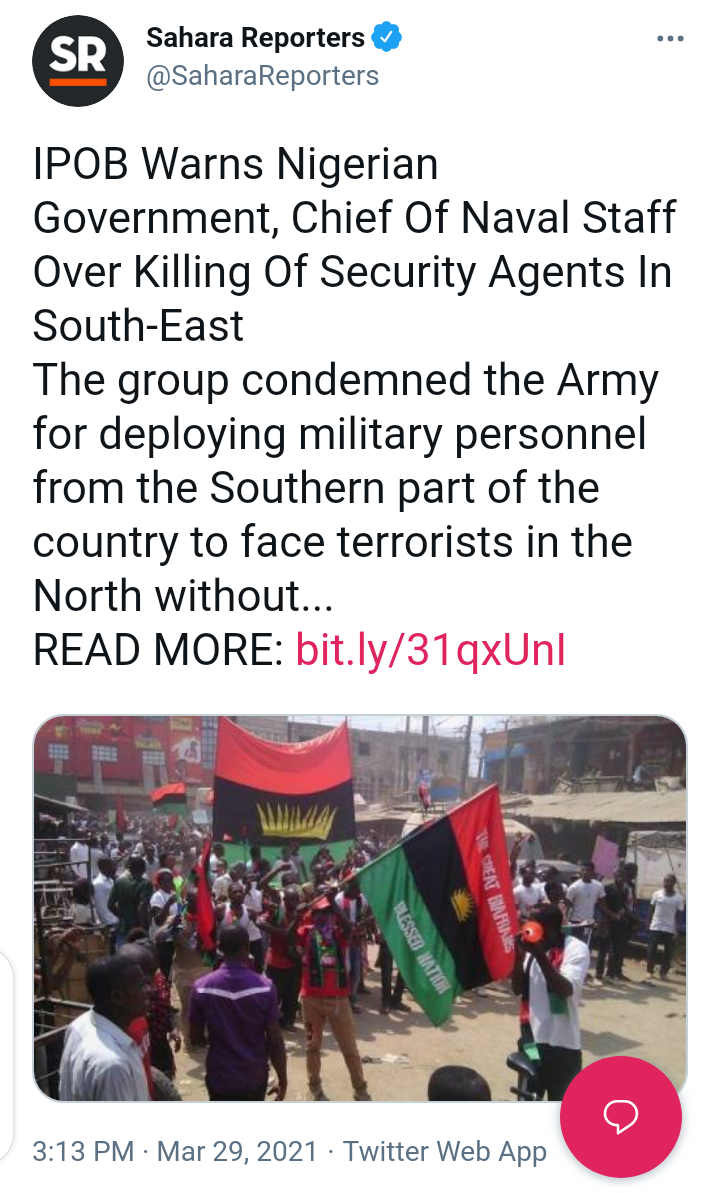 The Indigenous People of Biafra has warned the Nigerian Army and other security agents to desist from calling the Eastern Security Network (ESN) operatives gunmen carrying out deadly assaults in the South-East region.

The group made this declaration in a press statement made available to SaharaReporters on Monday by its media and publicity secretary, Emma Powerful.

IPOB said the sole duty of the ESN is to resist the attacks of the terrorists, bandits and herdsmen against Igbo people. It, therefore, berated the Nigerian government for labelling ESN and IPOB gunmen, in order to unleash another attack on the South-East region. 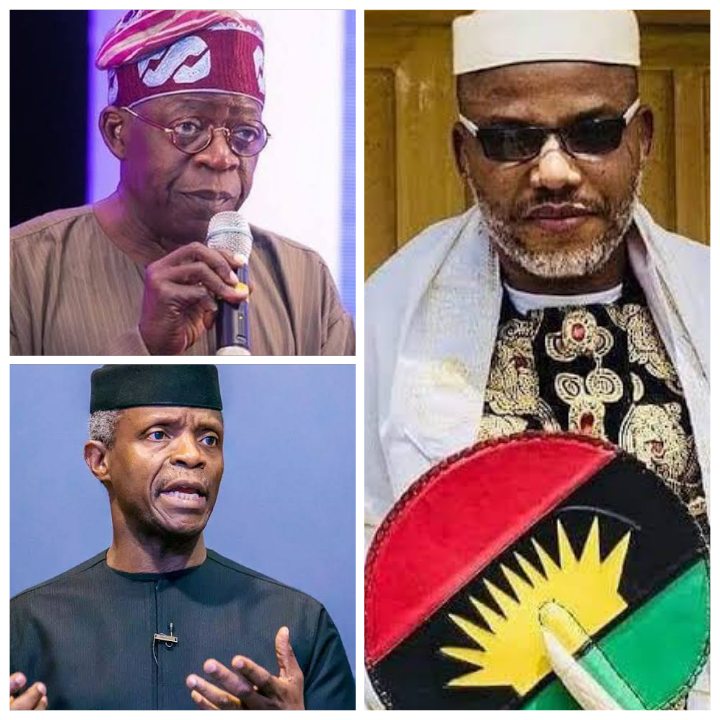 Read What Onochie Said About Gov Uzodimma, After He Donated Vehicles To The Imo Police Command.

Get Your Husband's Attention With Any Of These Outfits