By Ademilade (self media writer) | 26 days ago 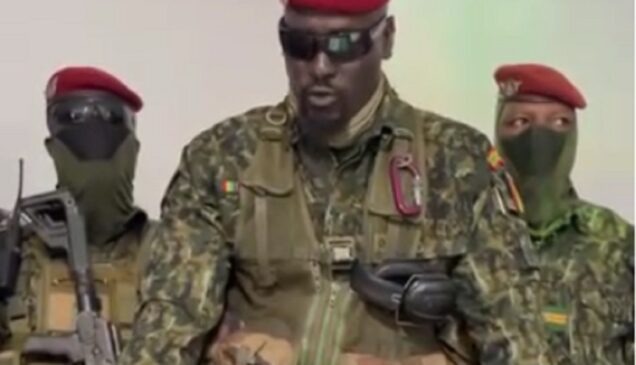 The new Guinean junta detained a former minister, Tibou Kamara, for several hours after arresting him before dawn on Sunday and ransacking his home, according to his entourage and an official statement.

Kamara was Minister of Industry and spokesperson for the government of Alpha Condé, overthrown in a coup in the West African country on September 5.

Kamara was taken to an undisclosed location without any explanation, an associate told AFP.

A dozen men searched his home and took away various objects including phones belonging to his entourage, said the source.

Kamara was released on Sunday afternoon, his entourage said.

The ruling National Committee for Reconciliation and Development (CNRD) confirmed the arrest in a statement read on state television, accusing Kamara of violating promises of neutrality to the junta.

After the coup, the CNRD asked the ousted government "to refrain from any action or communication that could disturb social peace and the patriotic fervor aroused by the arrival of the CNRD", according to the statement.

She accused Kamara of "manifest and repeated violation" of this undertaking, adding that "several items relating to this violation were seized" from her home.

"The CNRD, faithful to its commitment to make justice its compass, assures the Guinean people that no witch hunts will be carried out," he declared.

The CNRD banned former ministers from leaving the poor former French colony and ordered them to hand over their travel documents and return their official vehicles.

The putsch fueled international concerns about democratic retreat in West Africa and drew parallels with Mali, which has suffered two coups since August 2020.

Condé, 83, had come under increasing pressure for what critics see as a slide into authoritarianism, with dozens of opposition activists arrested after contested elections last year.

The country of 13 million people has suffered three coups d'état since gaining independence in 1958.