The Cut; Fighting FGM, Campaign Steps Up To Curb The Menace

By Itzsenior (self media writer) | 2 years ago 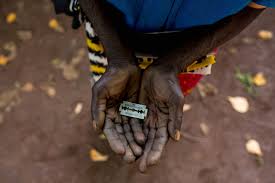 For some the subject of female genital mutilation (FGM) may be a tired narrative, but to the women who continue to suffer health complications that come about with this tradition, it is a matter that should never fade from the face of the media

Elizabeth Lemoyog is one of them. For 15 years she has been fighting the ant-FGM battle, traversing the vast Samburu County. The Business Daily met her when she was one of the guest speakers at a youth open forum at the Great County Inn in Archers Post, Samburu County, a gathering courtesy of the anti-FGM board and the United Nations population fund

She walked with confidence ready to give one of her riveting lessons about the vice. With her, she was carrying different models of the vagina, each explaining how the female reproductive organ looks after a woman undergoes the various types of circumcision, as well as their effects especially during birth.What made this day special was that she had an unusual audience comprising youth from different FGM hotspot counties in Kenya, among them morans, most of whom still held strong to the belief that a woman must be circumcised to be considered ‘complete’. 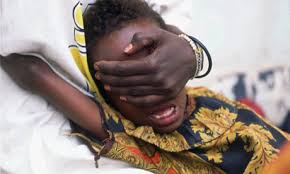 But that day, they were more than willing to listen to her as they painted the room with bright coloured outfits-complete Samburu traditional regalia; costumes normally preserved for special occasions.She got on with her lesson, drawing one segment of the female reproductive part, after another, leaving the audience in disbelief and laughter as for some, this was the first time they were having a view of the vagina.

“This is the first time I am seeing this, considering that culturally, we don’t look at that part; even during sex,” said one of the morans.

While victims paint the picture of what they have to endure, the doctors are always at hand to confirm the medical problems that arise from FGM, while religious leaders neutralise the situation and calm the locals, and especially men who might be of different opinion.

For instance in our culture, womanhood is never a subject matter for discussion. In fact, women aren’t allowed to speak about challenges of childbirth, and that is why it has been difficult to control this tradition, because men aren’t aware of how FGM contributes to maternal and infant mortality rates,” she explained. 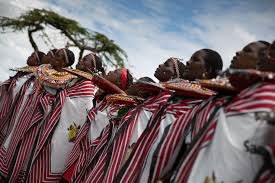 There is need to engage the community at grass roots level in the fight against this vice, and make sure it comes to an end as per President Uhuru Kenyatta’s reaffirmation of the government’s commitment towards eradicating FGM by 2022, he said

Content created and supplied by: Itzsenior (via Opera News )