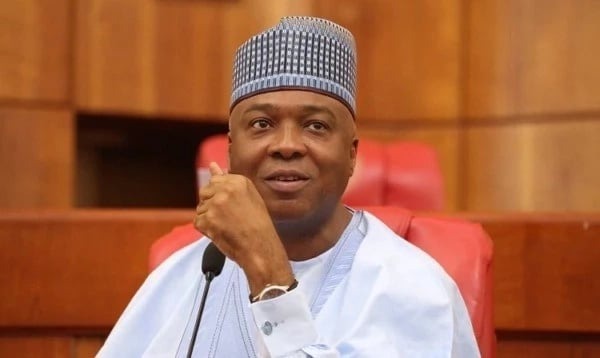 Two houses which were confiscated by the federal government have been returned to Bukola Saraki.The Federal High Court sitting in Lagos ruled that the houses should be released to Saraki.The judge, Rilwan Aikawa, said the EFCC did not provide sufficient bases why the court should grant permanent forfeiture order on the properties

A former Senate president, Bukola Saraki, has recovered two houses in Ilorin which were confiscated by the federal government after a court quashed its order which temporarily forfeited the properties to the government.

The Federal High Court sitting in Lagos ruled that the houses should be released to Saraki, The Nation reported.A former Senate president, Bukola Saraki, has recovered two houses which were temporarily confiscated by the FG. Photo credits: Nigerian Senate

Justice Rilwan Aikawa who delivered the judgment stated that Economic and Financial Crimes Commission (EFCC) failed to provide satisfactory explanation about the origin of the properties.According to the judge, the anti-graft commission did not provide sufficient bases why the court should grant permanent forfeiture order on the properties.

You recall will that in 2019, the court granted an order for the interim forfeiture of the houses after the EFCC alleged that Saraki acquired the properties with proceeds of fraud.According to an exclusive report by The Nation, Magu asked Nigerians not to give up on the fight against corruption.

He said whether he is the chairman of EFCC or not, “Nigerians must own the war against corruption, which President Muhammadu Buhari is determined to eradicate.”The embattled EFCC boss said what he went through was “one of those risks of the job", adding that all the allegations flying around were to tarnish his image and that of EFCC.

In another report, a foremost non-governmental organisation based in Abuja, CPT has commended Governor Abdullahi Gaduje for recently establishing the Kano state anti-corruption institute.

The group described the new anti-corruption institute as “a useful training arena for all arms of government and other stakeholders to research and learn towards evolving a homegrown anti-corruption approach that reflects the peculiarities of the Nigerian context especially Kano state.”

CPT enjoined the institute to build partnerships with similar institutes across Africa and the world for cross-fertilization of ideas and knowledge sharing.

Why Tonto Dikeh's Ex-Lover Prince Kpokpogri Might Not Care About The On Going Saga.