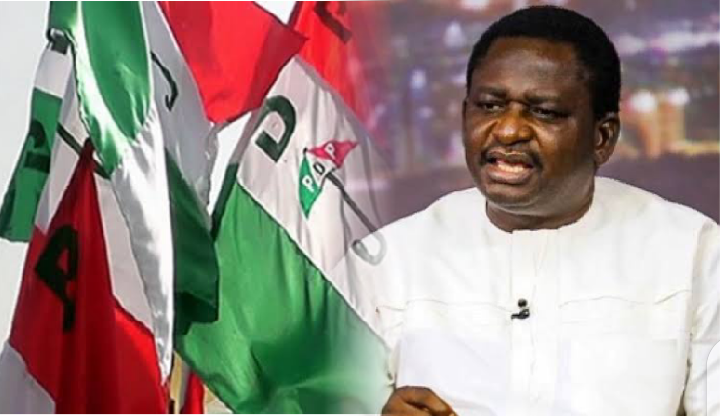 The Peoples Democratic Party, on Friday, sought a court order, joining the three Zamfara senators and 27 other lawmakers who defected from the party to All Progressives Congress in a suit against Governor Bello Matawalle.

The PDP, through its counsel, O.J. Onoja, SAN, told Justice Inyang Ekwo of a Federal High Court, Abuja in a motion for joinder marked: FHC/ABJ/CS/650/2021 dated and filed Sept. 30. 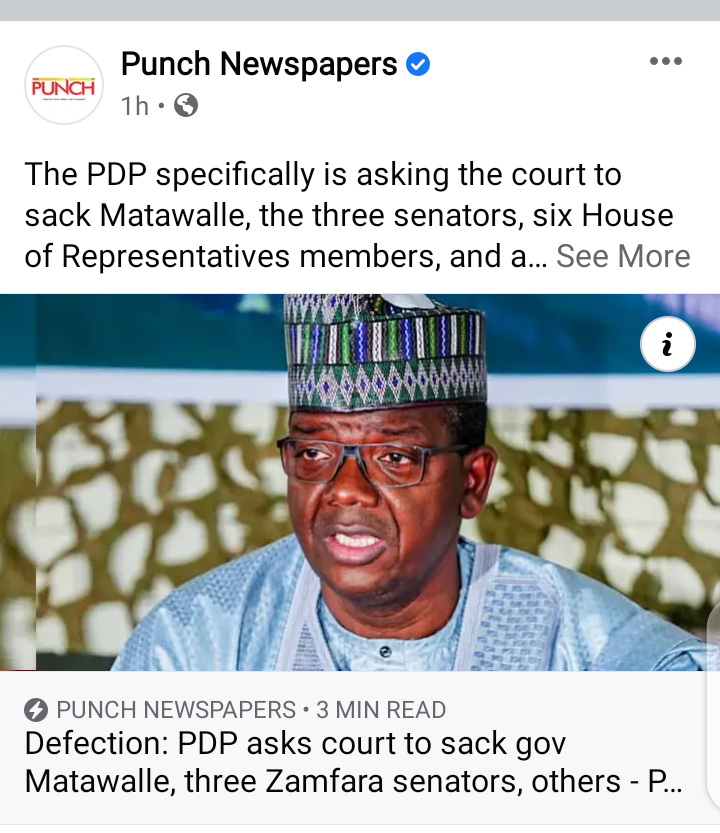 The PDP specifically is asking the court to sack Matawalle, the three senators, six House of Representatives members, and all the lawmakers in the state’s house of assembly that dumped the party for APC.

PDP had earlier sued the Independent National Electoral Commission, APC, the President of the Senate, Speaker of the House of Representatives, Governor of Zamfara, and Chief Judge of Zamfara as first to seventh defendants respectively.

National Publicity Secretary of Afenifere, Jare Ajayi, described the comparison as “mischievous and mistaken” in a statement on Friday. 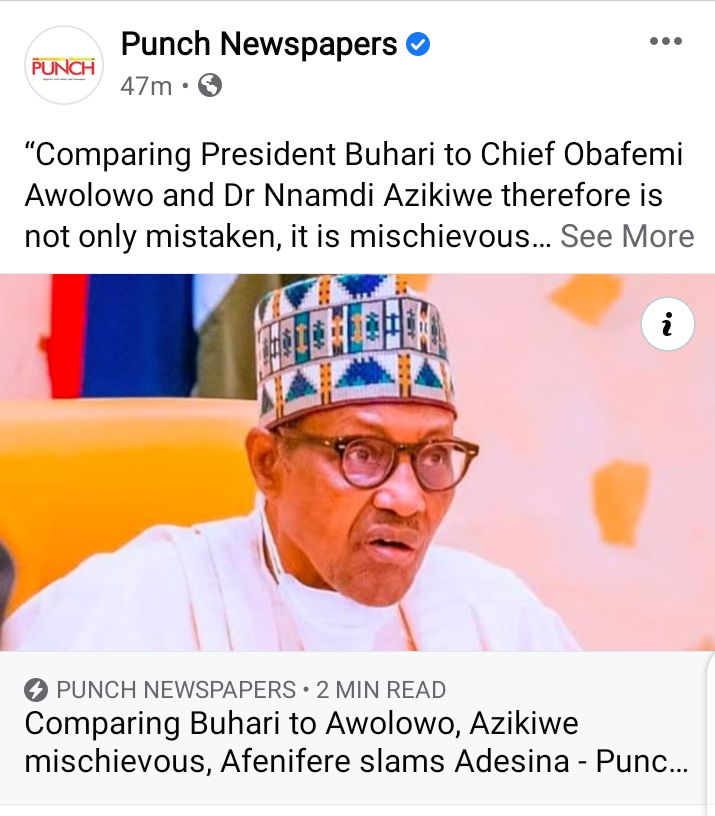 “I am old enough to have seen our colorful and even swashbuckling politicians in action. I have seen the great Obafemi Awolowo. The charismatic Nnamdi Azikiwe (Zik of Africa). Shehu Shagari. Amino Kano. M.K.O Abiola. Bashir Tofa, and many others in action.

“But I have not seen anyone with the kind of attraction, magnetic pull, that Muhammadu Buhari has. And that is round the country, north, and south. People swarm round him as bees do to honey,” Adesina had said.

The Bayelsa State Government has announced October 25, 2021, as the resumption date for the 2021/2022 academic session by public and private primary and secondary schools in the state. 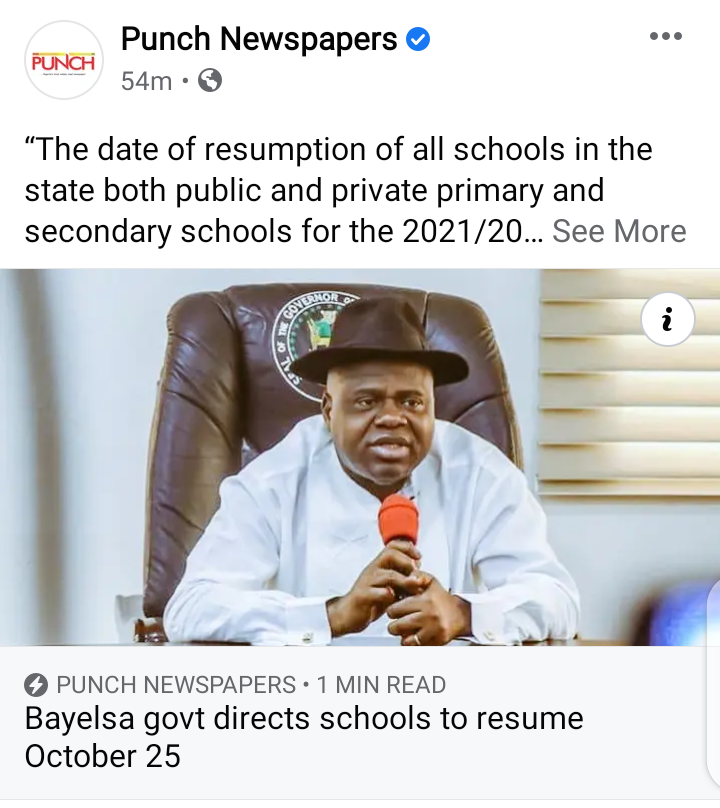 The Permanent Secretary, Ministry of Education, Christopher Ewhrudjakpo, announced this in a statement he issued in Yenagoa on behalf of the Commissioner for Education, Gentle Emelah, on Friday.

He said the decision was taken upon critical evaluation of the flood situation in the state, which had not been devastating.

Senator Samuel Anyanwu has emerged as the consensus candidate of the South-East zone for the National Secretary of the People’s Democratic Party.

Anyanwu was a member of the 8th Senate who represented Imo East Senatorial District under the PDP. 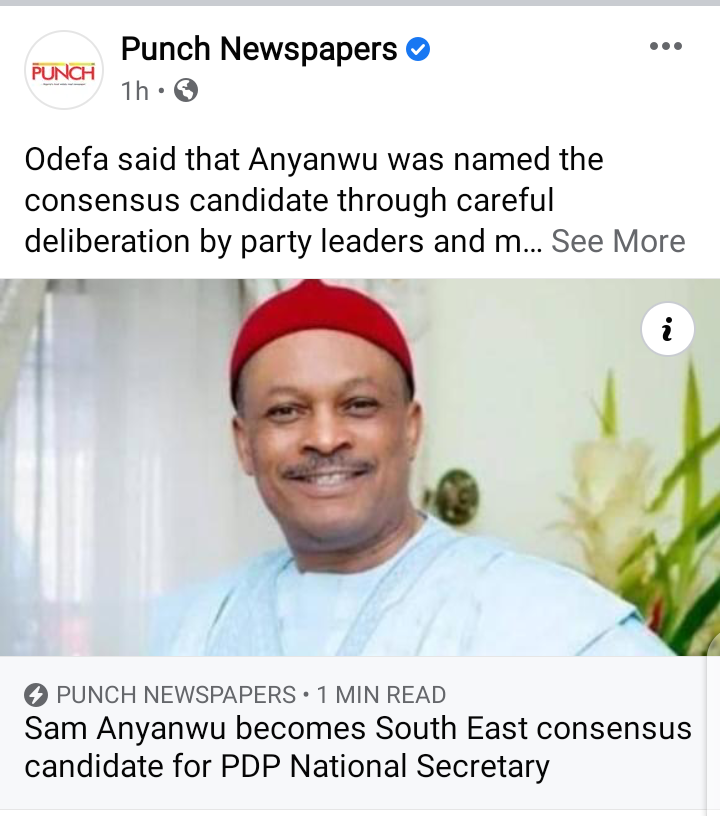 The resolution was contained in a statement issued on Friday by the PDP’s National Vice Chairman (South East), Chief Ali Odefa.

Odefa said that Anyanwu was named the consensus candidate through careful deliberation by party leaders and members in the zone.