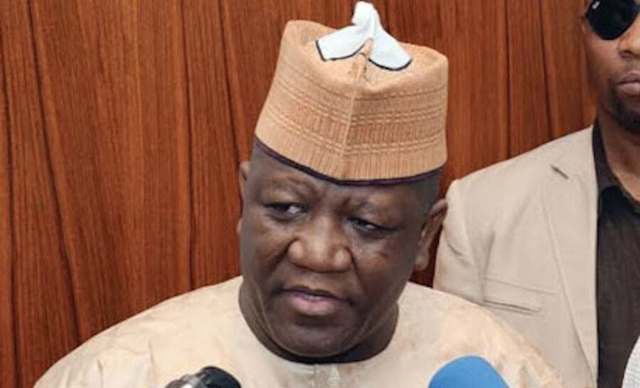 The Hope of the South West geo-political zone for the 2023 presidential election has been rekindled following the comments credited to former Zamfara Governor, Abdulazeez Yari.

According to the Southwest caucus of the All Progressives Congress APC), it said the region has now put modalities in place to intensify consultations with other regions of the country in readiness for the 2023 Presidency

This revelation was made via a statement on Sunday by the APC South-west Publicity Secretary, Hon. Karounwi Oladapo, who noted that former governor Yari should be applauded for coming out openly in support of the SouthWest agenda.

The South West APC added that he should be commended for his highly progressive and patriotic viewpoint especially as regards the promotion of unity in the country.

Recall that Ex - Governor Yari in an interactive parley with newsmen said that with President Muhammadu Buhari completing his tenure in 2023, power should automatically return to the South in the spirit of fairness and equity.

And with the statement of Abdulazeez Yari, the South West APC has lashed on to it, saying that it has made the region to commence strategizing and consultation with other regions of the country.

“If you take a critical look at the political configuration of this country, you will discover that in terms of numerical strength and voting power, the North as a region enjoys better leverage and advantage than the South. So, I must confess to you that I am one of the Southerners who believed that the South has a slim and remote chances with North still interested and struggling to grab the Presidency in APC in 2023. He noted that there is a need to consult with other regions of the country for the South West to realise its presidential ambition in 2023.

"But with this statement credited to ex - Zamfara Governor Abdulazeez Yari and the one earlier made by Kaduna State Governor, Nasir El-Rufai, I believe that our Northern compatriots are now coming to the conclusion that power should change hand and it should return to the South.

“The unity of this country should be very important and paramount to all, and the principle of fairness, equity and rotational presidency remains one of the fulcrums on which it is anchored , if the political practice is sustained faithfully like we are trying to do.

"We the entire South West All Progressives Congress applaud former Governor Abdulazeez Yari for displaying statesmanship by viewing the highly inflammable issue from a broader perspective, which borders on our unity and we are grateful to him"