Imo 2019 Election: The Legal Battle And The Actions Involved

After elections in Nigeria, a legal window is opened for the outcome of the elections to be challenged at the Election Petition Tribunal up to the Supreme Court which is the last bus stop for election matters.

At the various states, those on the side of the candidates declared winners by the INEC oftentimes call on the losers to join hands with them to move the states forward. Elder statesmen in the states, most times sponsored by the winners, take to the media to encourage the losers not to go to court.

In Imo State, the losers from the results declared by INEC are even emotionally blackmailed not to enter the process of litigation, even though it is their constitutional right to do so. When they eventually do, the winners regard them as enemies of the state who are hell-bent on stifling the progress of the state by distracting the governor with court cases.

After the most recent 2019 gubernatorial election in the state which saw INEC declare Emeka Ihedioha (PDP) winner of the election, Hope Uzodimma (APC), Ifeanyi Ararume (APGA) and Uche Nwosu (AA) challenged Ihedioha's election. Some people made comments, published articles to suggest that the actions of the trio were morally wrong, even though it is true that they only exercised their constitutional rights. Eventually, in its wisdom, the Supreme Court declared Hope Uzodimma as the winner of the election, and he was sworn in as the duly elected governor of Imo State.

One had thought the ruling of the Supreme Court would bring an end to the governorship tussle in the state, at least, until 2023 when hostilities would resume.

However, what we recently saw is the situation where RAP (a political party) approached the Federal High Court questioning the APC primary election that produced Gov. Hope Uzodimma as the candidate of the ruling party.

The political Battle of who become the governorship of IMO State continue.

If the supreme court said otherwise on who is the candidate of the ruling APC during the Primary, IMO might have another Governor making it 3 Governor for of a four years regime. 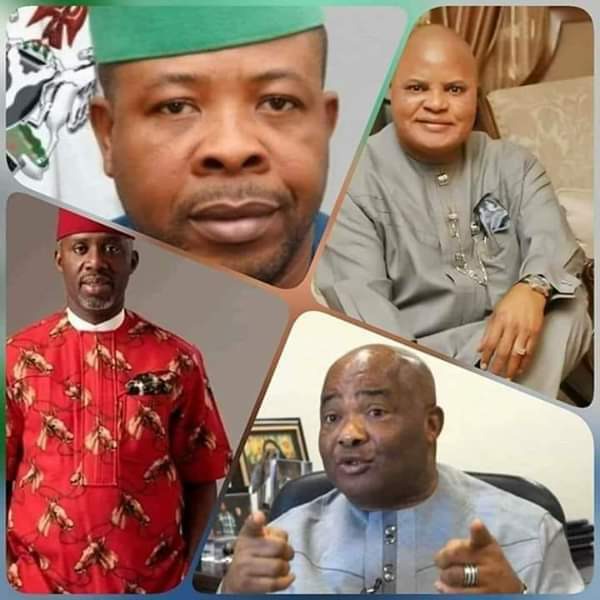 Content created and supplied by: Daddyjay13 (via Opera News )