By ImoSpic (self media writer) | 2 years ago 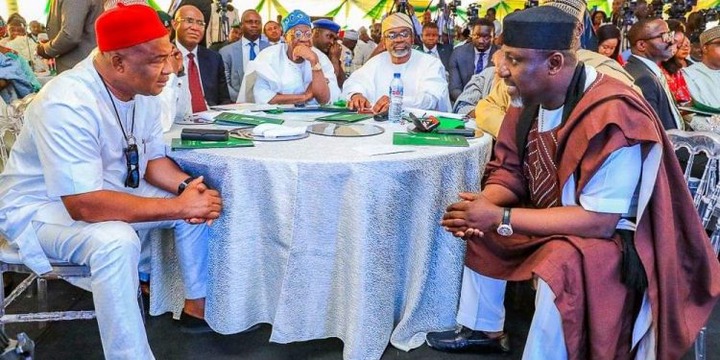 ...Appeals To Court For Consideration Against Okorocha’s Group

Trouble over who takes over the local government administration, seems to be compounding for Gov Hope Uzodinma, as the Local Govenrment Chairmen elected during the Ikedi Ohakim era, who were sacked by former govenror Rochas Okorocha, have stepped up to reclaim their mandate, despite the favourable judgment given to the Rochas Okorocha elected officials.

A Federal High Court in Owerri, presided over by Justice Ringim had two weeks ago, declared null and void, the appointment of Interim Management Committee, and ordered the reinstatement of the elected officials.

The Hope Uzodinma Govenrment, had rushed to court to get a stay of execution of the High Court judgement. However, the Ohakim elected Local Government officials, are demanding to be allowed to manage the affairs of the Local Councils, since they were the first victims of executive abuse of power.

Okorocha had sacked Ohakim's officials, and refused to obey court orders reinstating them.

The Ohakim elected officials, have headed to the Appeal Court to demand that the High Court judgement they got, be respected.

With this move, the Ringim judgement for the Okorocha elected officials, may be set aside while Uzodinma may be forced to use them instead of his IMC.

The Ohakim elected chairmen are seeking for an order of the court to Appeal against the Federal High Court judgment.